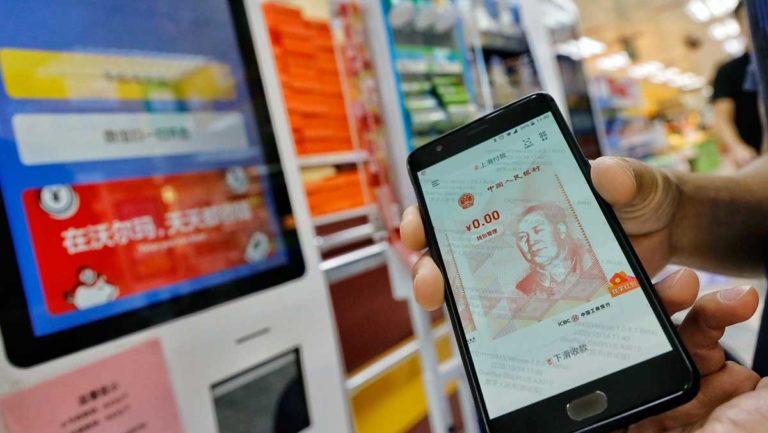 20,000 transactions of Digital Yuan, China’s new digital currency, on eCommerce platform JD.com on the Double 12 event on Friday during a real-world trial of Digital Yuan.

To conduct this real-world trial of Digital Yuan, the municipal government of Suzhou, a city in East China’s Jiangsu Province, distributed 100K red packets of 20 million yuan ($3 million) to the residents of the city through a lottery, allowing them to have a real experience of country’s digital currency on the Double 12 shopping event. Besides JD.com, 10,000 physical storefront locations also participated in the trial.

According to JD Digits, the fintech arm of the company, the first transaction took only 0.5 seconds to complete and the largest online payment exceeded 10,000 yuan. Nearly 80% of the transactions were made by the younger generation of post-80s and 90s.

In October, a similar week-long trial was conducted in Shenzhen, in which issued 50,000 digital red packets each containing 200 yuan were issued to locals. The trial attracted over 47,000 consumers to spend 8.8 million yuan using the digital yuan in the week-long trial.

The Chinese Digital Yuan is the product of the People’s Bank of China (PBOC) CBDC project DC/EP. PBOC started its cryptocurrency project back in 2015. After four years of development, in April 2020, as Crypto Economy reported, the central bank of China launched pilot programs for its digital yuan in Shenzhen, Chengdu, Suzhou, and Xiongan. As reported, until November, reached 4 million transactions so far with its digital yuan.

According to Cao Yin, general manager of the Digital Renaissance Foundation in Shanghai, further trials will be conducted in 2021, but the official rollout is still undecided. But the PBOC has already announced that when launched, it would be mandatory to deal with and would be regulated just like ordinary traditional assets and stores of value.

The Chinese Digital Yuan has forced other developed nations to reconsider their approach towards CBDC and cryptocurrencies. Today, the US Fed, the Bank of England, major European central banks, and some Asian banks are now exploring CBDCs, and some also have plans to launch their CBDC in 2021.

2021 is a crucial year for the digital world and it will be interesting to see what is coming?