Cameron and Tyler, The Winklevoss Twins 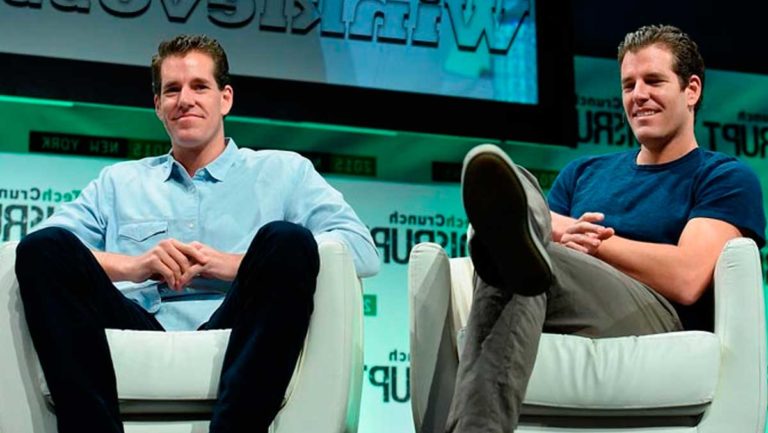 Known for the Facebook scandal, in which Cameron and Tyler accused Mark Zuckerberg of stealing their ConnectU idea to create the famous Facebook social network, the Winklevoss twins have proven to have a great vision for business.

After the blow suffered by Zuckerberg in 2012, the Winklevoss set their sights on bitcoin. Soon after studying and learning about this cryptocurrency they decided to invest in it , in 2013 they had already taken 120,000 BTC.

Cameron and Tyler had invested in bitcoin 11 of the 65 million dollars earned following lawsuits against Mark Zuckerberg.

“We learned about Bitcoin in 2012 … On an island near the coast of Spain in mid-August. Our first impression was that this was going to be really big or a complete zero. We were immediately captivated by the elegance and enormous promise of Bitcoin, and when we started to learn more, we became convinced that Bitcoin was the future of money. We started buying bitcoins, but we quickly realized that there was no safe and easy way to buy and sell bitcoins in the United States. A year and a half ago, we decided to do something about it. ” says Tyler in a reddit thread.

That “something” to which they refer in the message, is nothing other than Gemini, a cryptocurrency exchange created by the Winklevoss twins, and which came to light in 2015.

This US-based exchange has made great achievements, such as being the first Ethereum exchange licensed in the United States, or receiving regulatory approval for the Gemini dollar (GUSD).

The Winklevoss were among the first to request an ETF proposal for bitcoin from the Securities and Exchange Commission [SEC], this request has been rejected several times, but the twins are still working to get it. The twins’ first request was rejected by the SEC in March 2017.

Shortly after in November 2017, with bitcoin exceeding $ 10,000, the Winklevoss were officially the first bitcoin billionaires (at least recognized for the public).

Born on August 21, 1981 and raised in Greenwich, Connecticut. They enrolled at Harvard University in 2000 and specialized in economics.

In 2002 the Winklevoss along with Divya Narendra, a university classmate, began working on an idea with which they wanted to create a social network for Harvard students. This project was called HarvardConnection, and later renamed it ConnectU.

In 2003 after hiring several programmers and through the recommendation of a friend, the Winklevoss and Divya were set in Mark Zuckerberg, with which they closed an “oral contract” to be part of the project.

On February 4, 2004, after months of “giving long” to the Winklevoss twins, Zuckerberg launched thefacebook.com.

Before this fact, Cameron and Tyler, far from keeping their arms crossed, sought by all means how to recover their project, they were finally forced to take the matter to court accusing Zuckerberg of stealing his idea and part of his code to create Facebook

In February 2008, both parties reached an agreement, in which it is estimated that the Winklevoss received $ 65 million.

Before being businessmen, the twins became sailors with the United States Olympic team and participated in the Beijing Olympic games in 2008 where they were sixth. In 2009, they won the bronze medal in the rowing world cup in Lucerne, Switzerland.

In 2009 they began their postgraduate studies at the Saïd School of Business at the University of Oxford and completed an MBA in 2010.

Only a year later Cameron and Tyler began their journey in cryptocurrencies.