Home CryptoNews Shenzhen Will Give Away 15 Million Digital Yuan to Local Residents via...
CryptoNewsFeatured 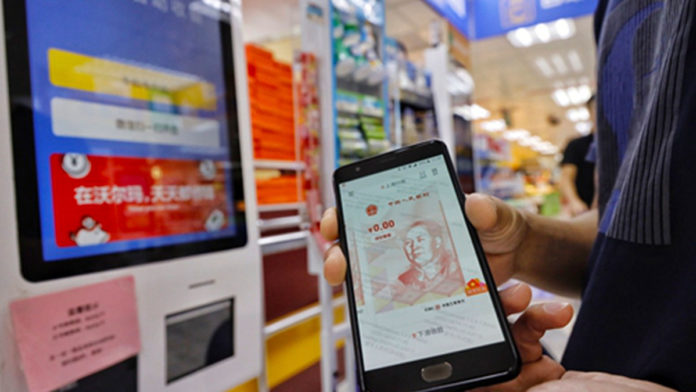 In a move to further promote CBDC, the Chinese government has announced plans to give citizens of Shenzhen digital yuan. A district in Shenzhen’s Futian district is giving away 15 million yuan ($2.29 million) in digital currency (or Renminbi) to local residents this Friday, the latest initiative to promote the use of the digital currency while doing something to boost consumption following the latest round of Omicron flare-ups.

It has been reported that the 15 million yuan of digital currency will be divided into 130,000 red packets, which will then be raffled off by means of WeChat payment of this amount. The raffle will take place from Monday to Thursday, and local residents are invited to participate by registering on Monday.

The issuance of digital yuan by all eight of the pilot banks has been accomplished for the first time this year and in a wide range of sectors, including restaurants and supermarkets. There is no minimum payment requirement for consumers to spend their red packets at nearly 5,000 stores throughout the district.

As a response to the shock of the latest Omicron outbreak, Shenzhen has put in place a package of measures, including offering consumption coupons, cutting taxes, cutting government fees, and reducing the rent to help businesses and residents.

In addition to the issuance of digital RMBs, the pilot city is promoting the use of digital currency as a means of benefiting the local and regional residents.

The People’s Bank of China (PBC), the country’s central bank, announced in early April that, following the successful promotion of the digital yuan pilot program over the past few years, it would extend the program to more Chinese cities, to include Guangzhou in South China’s Guangdong Province, Tianjin in North China and Chongqing in Southwest China.

In addition, according to the PBC, a number of applications covering wholesale and retail, catering, tourism, and payments of administrative fees, provide the opportunity to replicate and promote the applications in both online and offline settings.

It is estimated that in China, by the end of 2021, a record of 87.57 billion yuan in digital yuan transactions was reported. The impact of offering a CBDC in a big populated country like China can be quite significant to the entire market. On the other hand, there is a lot of criticism around CBDCs, and many believe these initiatives don’t follow the real intent of cryptocurrencies.

Anyhow, China is among the pioneers of central bank digital currencies and is trying its best to promote the digital yuan. The latest offer of giving away this digital currency can result in some promotions for them.