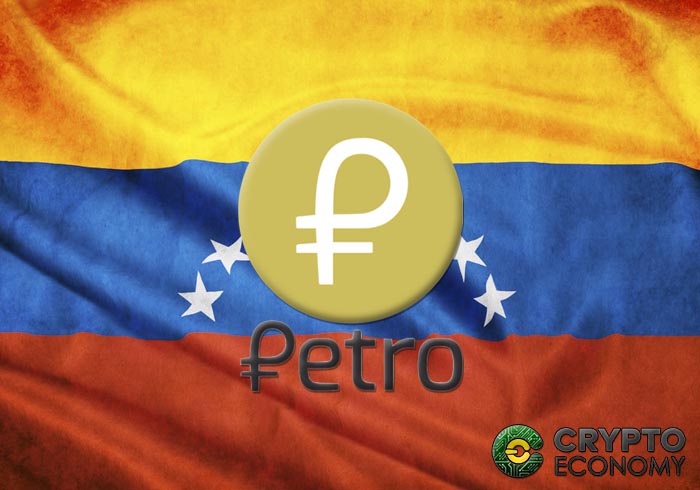 The decisions of Venezuela’s socialist government regarding the country’s economy keep sparking controversy, especially since President Nicolas Maduro was elected. This time, it is about a change of plans in the distorted monetary cone that the government have been trying to implement since 2017, adding a crypto-factor to the current equation.

During a live TV transmission on Wednesday, Maduro announced a series of economic measures, including the new monetary system that goes by the name “Bolívar Soberano” or Sovereign Bolivar, which will be launched on August 20, along with the reduction of five zeroes and, interestingly, it will be anchored to the polemic official cryptocurrency: the Petro.

“The economic reconversion will start on August 20 definitively with the circulation and issuance of the new Sovereign Bolivar, the new monetary cone that is going to have a new method of anchoring the petro, and with the reduction of 5 zeroes and with an exchange rate tethered to petro,” Maduro explained.

The new monetary cone comes with the elimination of the aforementioned five zeroes, currently present in the “Bolivar Fuerte” or Strong Bolivar – which is worth remembering, it took away three zeroes from the cone in force until January 1, 2008, and it was implemented by late Head of State, Hugo Chavez – and the substitution of actual exchange parity that will stop using US Dollar value in favor of that established for the Petro, which at the same time, is backed by the price of Venezuelan oil barrel.

Details surrounding the tethering of the national currency to the Petrocoin are yet to be unveiled; however, the mandatary stated the novelty as a response to the effects of the so-called “economic war”, although it admitted during the announcement that his government has failed to implement politics effective enough to restart production in the Caribbean country.

Blurred future for the Petro

The Petro was launched on February this year, yet it cannot be traded in any of the major virtual cryptocurrency exchanges around the world, nor is it known with certainty what the raised funds are for. Due to this, and other reasons, it is considered by several analysts and blockchain experts as a scam to facilitate money laundering.

In addition, the virtual token can be purchased only with foreign currency, which is considered as a big contradiction of the local government, given the strict exchange control imposed in the country for more than a decade with a very limited access to said currencies via the use of regular methods, prompting citizens and local investors to refer to the black market so to acquire them at ridiculous higher rates.

As the Petro has not dragged enough interest from Venezuelans, some experts predicted that it will fail to succeed and end up abandoned by its own creators, thus enlarging the list of failed projects of the local government.

About the rest of cryptocurrencies

Due to the inflationary crisis of the Bolívar, the interest of the Venezuelan people for the cryptocurrencies has been increasing while the government put obstacles to its development in the country with sounded cases of arrests and seizures of mining material. It was not until the arrival of Petro that the government had to soften its position with respect to the rest of the cryptocurrencies even leading to its “legalization” last January.

In this regard, Carlos Vargas, superintendent of the cryptocurrency of the Venezuelan government said:

“It is an activity that is now perfectly legal. We have had meetings with the Supreme Court so that people who have been victims of seizures and arrests in previous years will have charges dismissed.”