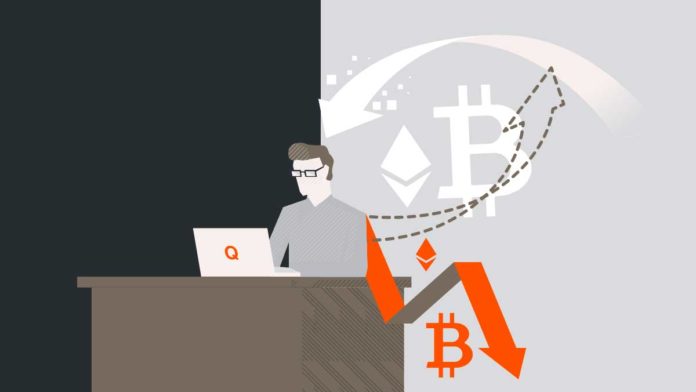 The downfall of the now-defunct Canadian bitcoin exchange QuadrigaCX has been credited to mismanagement and fraud by the exchange’s sole executive and co-founder Gerald Cotten.

A report released by the Ontario Securities Regulator (OSC) on Thursday says.

According to OSC, “Cotten spent, traded and used [clients’] assets at will. Operating without any proper system of oversight or internal controls, Cotten was able to misuse client assets for years, unchecked and undetected, ultimately bringing down the entire platform.”

Allegedly, he had fallen ill and succumbed while on a charity trip to India. According to his widow, Cotten was the sole holder of the exchange’s wallet keys and his death meant that exchange funds were inaccessible.

The exchange filed for bankruptcy soon after and the court-appointed Ernst & Young to oversee the liquidation of the exchange’s assets and settle any debts with creditors.

At the time of the bankruptcy filings, no one knew the extent of the situation but several suspected foul play, and the OSC picked up on the matter to investigate the allegations that were being peddled by the public.

OSC began its investigations in February 2019 and after more than a year of investigations, the regulator has largely confirmed what most people had suspected.

However, contrary to what most people believed about the loss of funds, the regulator said that the funds had not been lost due to mismanagement of keys. The funds were lost as a result of Cotten’s fraudulent activities leading up to his death in December 2018.

“What happened at Quadriga was an old-fashioned fraud wrapped in modern technology,” the OSC noted. As much as $169 million remains unaccounted for since the bankruptcy proceedings started last year. The OSC claims that “the bulk of the asset shortfall—approximately $115 million—arose from Cotten’s fraudulent trading on the Quadriga platform.”

Cotten opened several fake accounts with Quadriga which he used to trade against himself and other exchange users inflating the trade volumes reported by the exchange. Additionally, Cotten created fictitious accounts in third party exchanges through which he transferred QuadrigaCX funds to trade.

“Cotten lost an additional $28 million while trading client assets on three external crypto-asset trading platforms without authorization from, or disclosure to, clients.”

“He also misappropriated millions in client assets to fund his lifestyle. In its final months, Quadriga had almost no assets left and was operating like a revolving door—new client deposits were immediately re-routed to fund other clients’ withdrawals,” the OSC report concluded.

It seems that very little will ever be recovered from the now-defunct QuadrigaCX exchange which is a rude awaking to its former users who were holding on to the idea that their funds were somehow held up in a cold wallet. The investigation by OSC was not conducted to help recover the funds, but instead to investigate and report on the matter.

0
There are 16,959 total claims successfully verified by the court-appointment bankruptcy monitor against assets held by defunct cryptocurrency exchange QuadrigaCX. This is according to...
Read more
Markets

0
Former users of the now-defunct QuadrigaCX exchange have filed a request to the Royal Canadian Mounted Police (RCMP) to exhume the body of the...
Read more
Companies

0
As 115,000 creditors wait for the court's verdict to know where they stand in the case involving them and QuadrigaCX, the county's tax agency...
Read more
CryptoNews

QuadrigaCX’s Collapse Victims are getting Frustrated with Miller Thomson and EY: Demanding Answers

0
Victims are getting out of hope with court-appointed law firms, demanding answers about the effort made to recover their funds. After the virtually overnight...
Read more
Companies