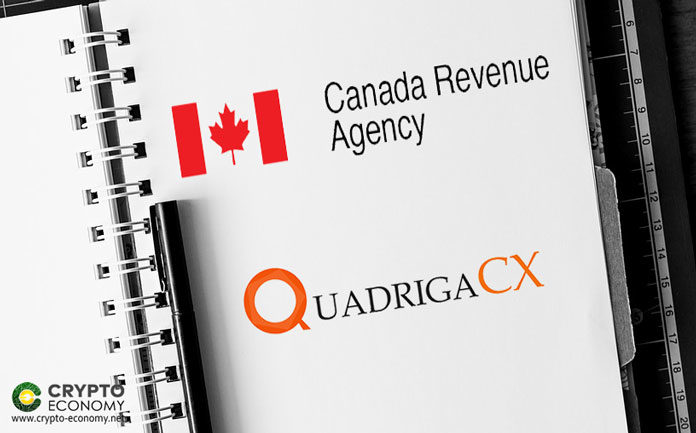 As 115,000 creditors wait for the court’s verdict to know where they stand in the case involving them and QuadrigaCX, the county’s tax agency has come knocking. Per a report on a local news outlet, the Canadian Revenue Agency is seeking tax files from QuadrigaCX to initiate an audit.

According to the press release, the agency is after-tax files from QuadrigaCX dating from October 1, 2015, to September 30, 2018. While many people wonder why the tax agency is after auditing QuadrigaCX returns now, for EY the firm behind the insolvency proceeding, they had the following to say concerning CRA’s request;

“We intend to hold a meeting with CRA counsel to understand the reason behind their request to audit QuadrigaCX now since this is a significant development. If necessary, we might go back to court to get clarification on the matter and seek the way forward.”

Although EY can’t deny a request from any agency to get documents about QuadrigaCX, responding to all claims will do more harm than good. The latter is meant to repay all creditors, and with no more funds available, for now, it is up to EY to use the remaining funds wisely. Concerning CRA request, EY said;

“At the moment, we won’t be able to respond to CRA request for documents for tax auditing. The latter shouldn’t be mistaken for our refusal to hand over tax return documents to CRA. It’s just that we are busy collecting documents, organizing reviews, and carrying out production efforts in the most cost-effective way.”