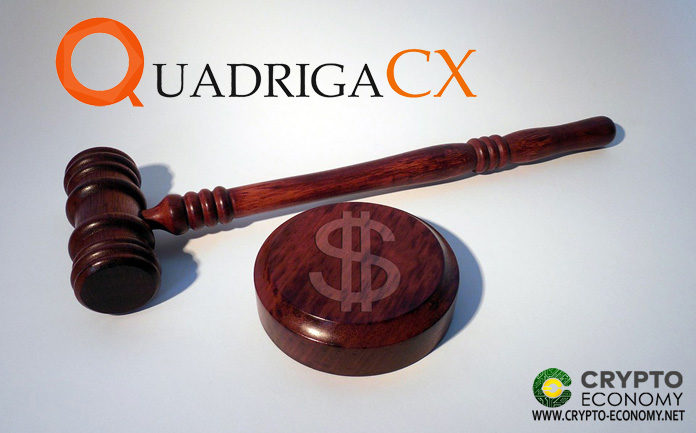 Nova Scotia Supreme Court Justice Darlene Jamieson on Wednesday ruled to award legal counsel in charge of the ongoing QuadrigaCX liquidation to the tune of $1.6 million to all of them.

As expected, Ernest and Young, the monitor in charge of the process gets the lion’s share of this award at a tidy $1.3 million being split up between EY and its representative counsel which was offered by lawyers from Stikeman Elliot and Kirkland & Ellis. Miller Thomson and Cox & Palmer who were appointed this February to represent QuadrigaCX will split the remaining $340,000. The representative counsel was appointed as a provision in the current Companies’ Creditors Arrangement Act (CCAA) to ensure equitable distribution of the QuadrigaCX assets to its creditors.

In the Wednesday ruling, Jamieson stated that,

The funds will be deducted from the already recovered sums which amount to $25 million according to the latest EY report on the matter. This means that once the lawyers have been paid, QuadrigaCX creditors will be entitled to an amount of about $23.4 million. EY is seeking to recover an additional $9 million through selling certain assets held by the embattled exchange bringing the total sum to $32.4 million which is still significantly small compared to what the exchange lost.

QuadrigaCX filed for liquidation proceedings in January following the death of its founder and CEO Gerald Cotten. Cotten died in December 2018 purportedly with the exchange’s private keys to the exchange and user funds. Further investigations by the monitor reveal that the exchange lost about $198.4 million to about 115,000 customers. EY has previously reported that Cotten may have used exchange funds to fund his private expenses and stored exchange funds in third-party exchanges. No evidence of cold wallets was found and neither were the keys to any wallets. In March, EY reported that as much as $100 million still remained unaccounted for through its investigations.

In her ruling, judge Jamieson acknowledged the complications in trying to recover the funds. She said,

“The monitor has faced complicating factors, including a lack of books and records, and the use of third parties to store information. This is the first insolvency case in Canada involving cryptocurrency and has presented a number of unique issues, including requiring specialized resources for the monitor’s investigation.”

0
Jack Dorsey is not really a fan of altcoins. A true Bitcoin maximalist that he is, the tech entrepreneur has been quite vocal about...
Read more
Press Releases

These are the main strategies to invest in Bitcoin

0
Of all the cryptocurrencies that exist today, the one that continues to have the greatest importance for society is undoubtedly Bitcoin. Every day there...
Read more
- Advertisment -