Home Featured Hive Blockchain – What is it, and how it works? 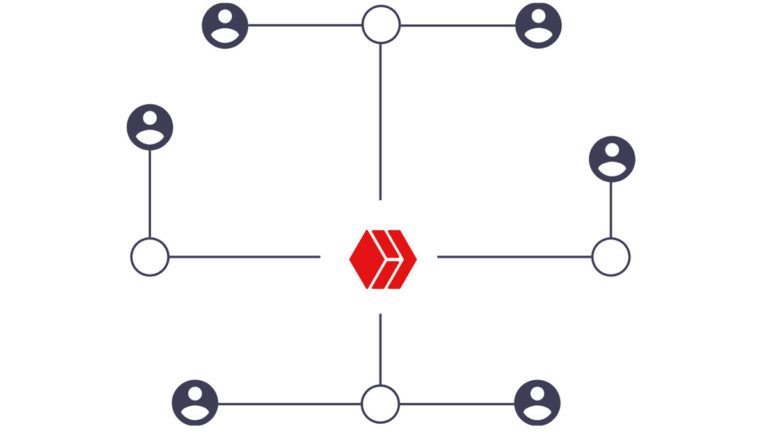 Hive blockchain is the result of controversy inside the blockchain community. After Justin Sun, CEO of TRON, took control of blockchain startup Steem, the community around that network and Steemit platform decided to hard fork the Steem blockchain.

The historic hard fork on Steem blockchain happened on March 20, 2020, and Hive was born. The Hive was launched with the claim to be a fast, scalable, and robust solution for Web 3.0. The Web 3.0 part of the project is the biggest claim of the community.

Hive provides the underlying blockchain needed to develop dApps. Many projects and apps have launched on Hive blockchain, and the ecosystem is growing.

Hive cryptocurrency is the token of blockchain, and users can trade it in numerous exchanges like Binance, Bittrex, Huobi, Probit, etc. There is also a stablecoin named HBD in the platform.

The fundamental goals and capabilities are similar to Steemit. The new blockchain ties to provide full decentralization to users.

Is also an open-source project that makes it fantastic for the community. The hard forked project focuses on bringing Web 3.0 to all the people around the world. With the benefits of decentralized infrastructure, there will be no controlling actor in the platform. So, the users and customers can experience the full ownership in the blockchain.

The transactions on Hive blockchain take less than 3 seconds to complete. Besides, the project uses a robust resource-bandwidth & storage system that guarantees the scalability of the platform.

How to Earn Money on Hive

Users pay the upvotes by HBD stablecoin that is part of the Hive project. There are lots of digital wallets that support HIVE and HBD. The Hive Blog has its wallet, but users can take benefit from other solutions like Vesse, Keychain, Esteem, HiveSigner, Peakd, and HiveWallet, too.

The social media platforms that focus on blockchain technology and earning money from them are often filled with contents about those technologies. The Hive blog is now getting attention for posting about corporation news, cryptography technologies, and Web 3.0 as the most critical goal of projects like Hive.

There are other projects that focus on earning money by users. Some of them are games, but the majority focus on content creation and distribution.

Hive network was formed as an opposition to a takeover by a centralized corporation. So, the community around that are very loyal to the new idea. They try their best to grow the project as fast as possible and make it an example of a successful decentralized platform.

Developers have a vital role in growing the ecosystem in any blockchain project. Many of the former Steem developers are working on Hive. Lots of apps, communities, and individuals take part in growing the Hive ecosystem.

There are numerous projects on Hive that each one represents its features and capabilities and also the decentralized nature of Hive blockchain. Lots of them started on Steem, but after the hard fork decided to continue on Hive.

Hive.Blog is the most important project in Hive that focuses on content creation and social media aspects. Peakd is another similar project that makes it possible for users to earn money by posting content.

3Speak is a video sharing platform that is built on Hive. The youtube-like platform has many features for users like sharing video, earning money from the visitor votes, and live streaming.

Splinterlands is another project that uses the Hive as the underlying technology for the gaming platform. It is an online multiplayer card game that users can earn cryptocurrency rewards in that, too.

Esteem that started on Steem is now a Hive project. It is a social media platform that rewards content creators and all users for their social activity. Steemstem.io, Steempress, Actifit, Dlease, Dblog, and BROsino are some of the other projects built on Hive blockchain.

Steem blockchain launched in 2016 with the aim to power the content creators and let them make money directly from the audience. The first and most important product in that blockchain was the Steemit social blogging platform. There is a voting mechanism in that blockchain that uses STEEM tokens to choose the governors of the blockchain dubbed witnesses.

After Justin Sun from Tron acquired Steemit Inc, somehow, the trust to the decentralized infrastructure of the blockchain vanished. The community members decided to launch a new blockchain with a hard fork that gave birth to Hive blockchain.

The Hive and Steem blockchains work based on delegated proof of stake consensus, and token holders have the power to vote for witnesses. But the blockchains are different in tokens. Steem has STEEM, SBD, and STEEM Power as primary, stablecoin solution and witness voting. Hive tokens are HIVE, HBD, and HIVE Power for those use cases.

The other difference between Steem and Hive is the owner or leadership team. Justin Sun owns Steem Inc and Steemit, but Hive has no official leadership and works based on community activities and voting systems.

Hive tries to focus on decentralized aspects of blockchain technology. The community behind the project try their best to prevent similar incidents like Sun buying Steem Inc. Although there are more dApps in Steem ecosystem, the number of those who migrate to this platform is growing.

One of the strong points in Hive blockchain is the Decentralized Fund that makes it possible for users to propose changes to the network, fund their proposals, and cast a vote for them.

After all, the loyal members of the Steem community that loved the decentralized nature are now participating in the Hive network and somehow guarantee its success.