Steem, the cryptocurrency of Steemit 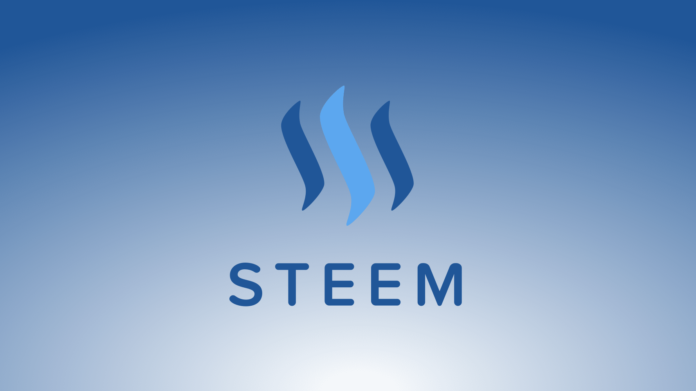 The Altcoin market has grown to a market of $ 400 billion, with a presence of almost 1,500 altcoins that investors can choose from when building their portfolio of digital assets. One of these altcoins is Steem (STEEM), and we will talk about it on this time.

Steem (STEEM) is a decentralized cryptocurrency, which runs on Steem blockchain, which drives Steemit social networks and a blogging platform. The digital currency STEEM can not be mined as bitcoin. Instead the Steem blockchain assigns most of the newly created STEEM tokens to a reward fund, which is used to pay Steemit users for their contribution to the platform. In addition, Steem, like most cryptocurrencies, can also be used to make digital payments on an equal footing.

In addition to the Steemit platform, there are also a handful of other social networks that support STEEM, such as Steepshot, Busy and the Esteem application.

Currently, Steem has a market capitalization of $ 1.5 billion and is among the first 25 largest cryptocurrencies. Its daily trading volume is around $ 50 million, and can be exchanged in leading exchanges such as Bittrex and Poloniex, among others.

It is a platform for creating content and social networks without censorship, similar to Reddit, which financially rewards users in the form of a cryptocurrency to contribute and cure content.

Steemit has managed to increase its user base to more than 500,000 users in less than two years, as it has become particularly popular among crypto enthusiasts in developing countries who see the value of being financially rewarded for their content contributions on the platform.

When you set up an account in Steemit, you will have access to three different digital coins in your Steemit wallet that are: Steem (STEEM), Steem Power (SP) and Steem Dollars (SBD). To contribute to the platform, you can earn the three digital coins mentioned above as rewards. Let’s see each one below.

Steem (STEEM) is the cryptocurrency that drives the Steemit network. Steem can be used on the Steemit platform to obtain Steem Power (SP) through a process called “on” or to buy Steem Dollars (SBD). As a liquid digital currency, it is convertible into fiat currency and other digital currencies in cryptocurrency exchanges such as Bittrex, Poloniex, UpBit and HitBTC. STEEM also dictates the value of the rewards paid to users for contributing to the platform. 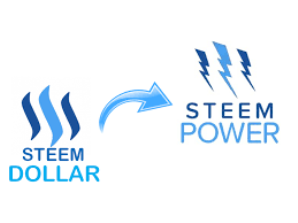 Steem Power (SP) is the internal currency of the Steemit platform that can not be exchanged in digital currency exchanges and that has two functions. First, it provides users with more influence on the platform to receive higher rewards and second, Steem Power offers holders a share in the Steem rewards package.

Steem Dollars (SBD) is another internal currency on the Steemit platform. Steem Dollars are effectively promissory notes that are worth a dollar in STEEM tokens when they are exchanged. The idea behind the Steem Dollar is to avoid a volatile exchange rate of the internal currency of the platform. The Steem dollar can also be traded on several major exchanges and has a market capitalization of around $ 50 million with a daily trading volume of approximately 25 million.

The structure of Steemit’s encrypted economy encourages user activity and investment, as users benefit financially by contributing and curating content and by buying more Steem Power to secure a larger portion of the Steem rewards pie.

The value of STEEM is closely related to the success of the Steemit platform. It has managed to incorporate more than 500 million users since its launch in 2016, which shows the potential that Steemit has.

0
After signing a partnership in February 2020, Steemit and TRON are closer to integration. Their new move will help users to earn more versatile...
Read more
Reviews

Hive Blockchain – What is it, and how it works?

0
Hive blockchain is the result of controversy inside the blockchain community. After Justin Sun, CEO of TRON, took control of blockchain startup Steem, the...
Read more
CryptoNews

0
The crypto-blogging site, Steemit, that made waves when it debuted in 2016 has been sold to the Tron platform. The once popular platform for bloggers,...
Read more
Reviews

0
Similar to ERC20 tokens created based on the Ethereum network, SMT or Smart Media Token, are tokens that anyone can create from the Steem...
Read more
- Advertisment -
Posting....
We use cookies to ensure that we give you the best experience on our website. If you continue to use this site we will assume that you are happy with it.OkPrivacy policy