Home Tutorials What is bitcoin ? The complete guide
FeaturedTutorials

What is bitcoin [BTC]? The complete guide 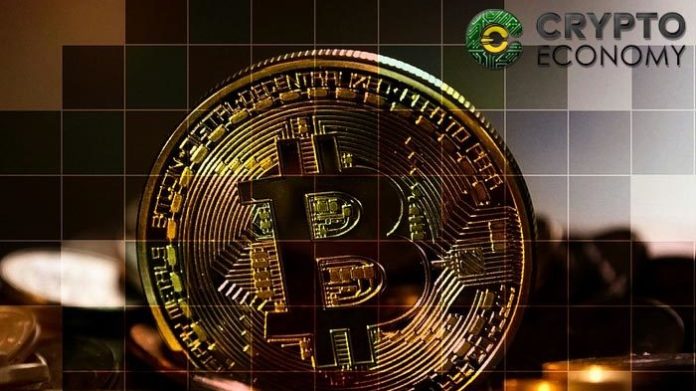 What is Bitcoin? How does it work? What is its history? If you want to know this and much more about the cryptocurrency that leads the cryptocurrency market, here in Crypto Economy we bring you this guide where you can learn and get to know all the secrets of Bitcoin (BTC).

First of all, Bitcoin is a currency like any other but the main difference is that it is a digital currency.

This cryptocurrency has been created based on a sequence of codes known as “blockchain“, which is a cryptographic variant of computer programs on which it works.

When was Bitcoin created?

The Bitcoin story begins in November 2008, when a certain Satoshi Nakamoto published an article on the mail-archive website titled: “A Peer-to-Peer electronic cash system”.

But it was not until 2009 when the software of this new cryptocurrency was released to the public and its network began to function.

You could say that bitcoin is a cryptocurrency, an electronic currency or virtual money, during this time it has earned many nicknames, but in the end they all refer to the same.

Bitcoin together with blockchain, is a technology that will change the economy as we know it today.

Bitcoin allows you to make transactions without an intermediary (that is, without a bank).

It is created through an algorithmic process known as “mining” and is carried out directly by computers, and there is no need to reveal your true identity since the transactions are anonymous and are recorded digitally.

The technology that drives the Bitcoin system is known as Blockchain; it is a computer program that is usually compared to a record book, which automatically processes transactions and creates a perfect and reliable digital record, which is a measure in the right direction to achieve more transparency.

How is a Bitcoin created?

Bitcoins are created through a process called mining. Mining what it does is reward the members of the bitcoin network (miners), whose function is to protect, help maintain the network and verify the transactions that take place in it , and for this work they are rewarded with an amount of bitcoin for each operation they complete.

Mining is a process by which the computational power of a computer is used to perform, verify and maintain the network operational and synchronized.

When people who do not know about the subject think about investing in bitcoin they often back out because they say that “it’s very expensive” and they can not afford it.

But one of the characteristics of BTC is that it is divisible, so it is not necessary to acquire a complete unit of the cryptocurrency to invest in it, you can buy fractions.

The bitcoin as a currency consists of 100 million satoshi (minimum unit of bitcoin) per unit, an expression that constitutes its unit of measure, as much as the cents are to the dollar.

Another important fact is that bitcoin is not an unlimited currency, since in no case there will be more than 21 million coins circulating at a given time, a figure that will be reached on May 7, 2140, which adds more value to the project, since by not being able to create bitcoin “out of the blue” as it happens with fiat money, makes this “shortage” of cryptocurrencies more valuable.

Its biggest difference compared to other currencies is that it is a decentralized currency, so it is not controlled by any State, bank, financial institution or big capital as it happens with fiduciary money.

Bitcoin does not have a central issuer as it happens with the currencies of the countries.

The cryptocurrency is produced by people and companies around the world dedicating a large amount of resources to the mining of this through their own computers.

Other features of bitcoin (BTC)

In addition to the above, Bitcoin is also characterized by:

Thanks to its complex cryptographic system it is possible to make sure that nobody cheats and that the currency is safe against attacks, attempts of forgery or duplication.

To send bitcoins, we only need a bitcoin wallet of our own where we have stored the bitcoins and a personal wallet or of another person to send them.

In addition, the Bitcoin protocol is totally open and transparent, anyone can check it and make sure everything is going well.

In fact, this has earned the trust of millions of people around the world who use it for their business, make purchases or send money to their families.

We have a series of tutorials on bitcoin that may be of interest to you, in which we will solve the many doubts that arise when you start in the world of cryptocurrencies.

Bitcoin’s maximums and minimums of each year

Since its inception, bitcoin has been the protagonist of multiple news, these are a list of the most important.

As an anecdote we can also see how bitcoin has appeared or been named in different television series or movies, such as:

Bitcoin.org is a platform managed by the creators of Bitcoin core and by other members of the community, whose mission is to help and inform the community, give visibility to the Bitcoin ecosystem, show events … as they say from the web.

“Bitcoin.org is not an official website, just as no one owns the technology of email, no one owns the Bitcoin network, therefore, nobody can pretend to speak in the name of Bitcoin.”

The Bitcoin Foundation, is a non-profit organization founded in 2012, with the mission of helping the project carried out by Satoshi Nakamoto reach its destination.

For this purpose they protect and promote the use of this technology, in order to obtain a global benefit.

Bitcoin and virtual currencies are an excellent alternative to the physical money we handle today. The truth is that over the years the influence of this system has benefited, since there is a progressive increase in users by the computer community

However, although Bitcoin is a reality today, very few people are informed about how it operates, to the point that there are people who have never heard of it.

Despite this widespread ignorance, there is no doubt that bitcoin has come to stay and will bring great changes in the coming years.