How does Bitcoin [BTC] work? 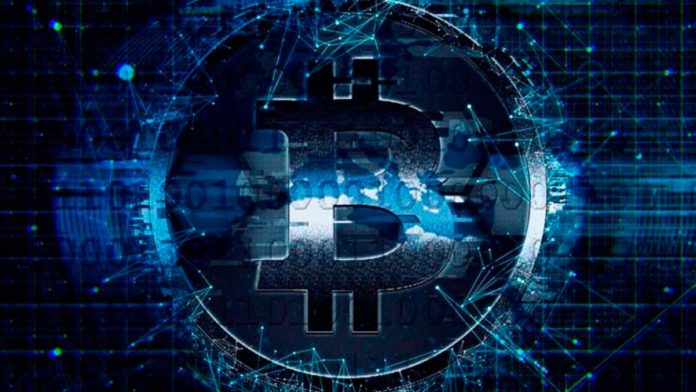 Due to the great popularity that bitcoin is currently acquiring, today we have decided to deal with this topic a bit in depth to provide more information on the industry’s leading cryptocurrency and thus know how bitcoin works, what it is for or how a BTC is created.

The truth is that virtual currencies have become a typical topic of dealing in day-to-day conversations, however despite being very famous among the masses, many do not even know how it works, or worse, some do not even know what it is.

In general terms, we could say that bitcoin is a virtual currency with which transfers and payments can be made naturally like those that can be made with fiat money (Dollars, Euros, Pounds …).

Bitcoin, also called digital gold, brings a number of significant advantages to opt for it. Among which we can highlight the security, transparency, low commissions or the possibility of recovering the financial freedom that it offers to its users, in addition to being a totally decentralized technology.

That is why the investment in cryptocurrencies, more specifically in bitcoin [BTC], has become something common in the environment of any person, this adoption that is gradually acquiring, increasingly gives more value.

To know a little more about how Bitcoin works, let’s talk about transfers with this cryptocurrency, the mining process for its creation and other important data that should be known.

Bitcoin transfers What are they and how do they work?

To understand how a transaction works, we must understand what is bitcoin. The reality is that what we know as BTC are transaction records in its blockchain network, there is no physical unit that we can identify as bitcoin.

You will also be surprised to know that a wallet is not even a purse in every sense of the word.

In fact, it is more an address to which transactions are attributed; The balance that is reflected in bitcoin is the result of the blockchain transactions that have been made towards that address.

Steps of a BTC transaction

These bitcoin transactions are made through its blockchain as follows:

Sending BTC from one account to another is a fairly simple operation, we could compare it with how easy it is to send an email.

This is one of the most significant advantages of this virtual currency and it is achieved thanks to peer to peer technology, which allows the shipment of assets without a bank or central entity managing it.

The role of the wallet in the BTC transaction

That the money can transfer from one account (wallet) to another without the need to make complicated processes is something that certainly benefits us all and offers extra value to this new technology.

In the case of bitcoin, to send and receive money it is necessary that you have a bitcoin wallet. The process of installing these wallets is completely free and simple to perform.

The wallet will provide you with one or more addresses where you can store your BTC.

BTC transactions are mostly aimed at moving money, so a simple protocol that has three parts is used; input, quantity and output.

Each of these phases is necessary to guarantee the security of the system and keep it unpolluted and impassable.

The entry is defined as the sections of a bitcoin address that contains cryptocurrencies. Assuming we want to make a 0.2 BTC transaction from an account that has 1 BTC stored.

The entry is responsible for identifying each section of that 1 total BTC in the wallet to know which 0.2 BTC of the total amount should send.

If the concept of exit did not exist, there would be no way of knowing that part of the total 1 BTC represents those 0.2 BTC that we are going to send.

Transaction with BTC – The amount

For its part, the quantity is a numerical unit that determines the volume of the transaction.

This is the amount that we indicate that we want to send to another wallet, which would be the third part of the transaction fulfilling the exit role.

Without the concept of quantity the system would not know when to send money, so that all transactions would be blind; without knowing how much money is being sent or how much will arrive.

How are bitcoins created?

A bitcoin [BTC] is created through a process called mining. During this process a network of computers work for validity and verify the blocks created in the bitcoin blockchain, obtaining a BTC amount as a reward for each block.

This work currently requires powerful mining equipment and consumes a great deal of energy, so for “normal” people it has ceased to be profitable.

If you are interested in knowing more about bitcoin mining you can read this article.

Public keys and private keys in Bitcoin What are they?

There are two terms to differentiate and that every cryptocurrency user must know, these are the public key and the private key.

The public key would be the bitcoin address provided by your Wallet and which will be delivered to the people who are going to make a transaction.

Through this public key, anyone can know the balance it contains and the transactions made with it.

This public key is generated from the private key, so both are fully linked.

The private key is the one used to access the wallet and be able to validate and sign the transactions made. It must be kept in a safe place, since anyone who knows this key can make transactions from the wallet.

In a simile with the current economy, the public key would be our bank address and the private key would be the pin code with which we made withdrawals at any ATM.

How does bitcoin work? conclusion

As you can see, although at first it seems complicated, knowing how bitcoin works is quite simple for the end user.

You just have to follow a series of precautionary rules when it comes to keeping private keys to keep your BTC completely secure.

Something that you also have to pay attention to when making a transaction with cryptocurrencies, is to check the shipping address several times before confirming it, since transactions with BTC are irrevocable.

Being alphanumeric and quite long addresses, the “trick” that is usually used is to check the first and last digits, if they match the address will be correct.