The Relationship Between Bitcoin Price and Flows is Pretty Apparent, Says Delphi Digital 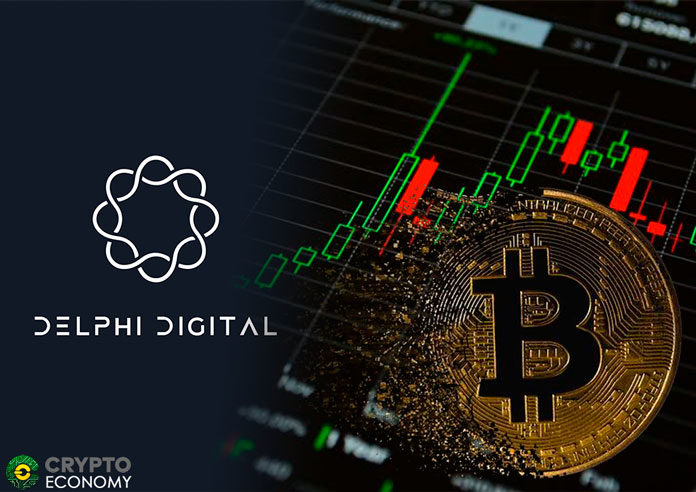 Delphi Digital, an independent crypto research, and analysis firm talked about the relationship between BTC prices and crypto exchange BTC flow in analysis shared with Hard Fork. People looking to earn profits from their Bitcoin holding can relax as there’s less BTC flowing in and out of cryptocurrency exchanges lately, as compared to the months of June and July.

According to Delphi Digital’s analysis, the amount of BTC deposited by traders on major cryptocurrency exchanges is equal to the amount being taken off from exchanges.

According to a story on the TNW’S hard fork page, the firm says:

It’s clear there were significant net outflows during the big rally in the second quarter of 2019, as bullish sentiment really started picking up and individuals were moving Bitcoin off exchanges because they had no intention of selling in the immediate future.

Delphi Digital also prepared a chart of daily inflow of Bitcoin into major cryptocurrency exchanges like Binance, BitMEX, Bitfinex, Poloniex, Bitstamp, and Bittrex. The chart showed that 42 percent of the total volume was received by Binance only. 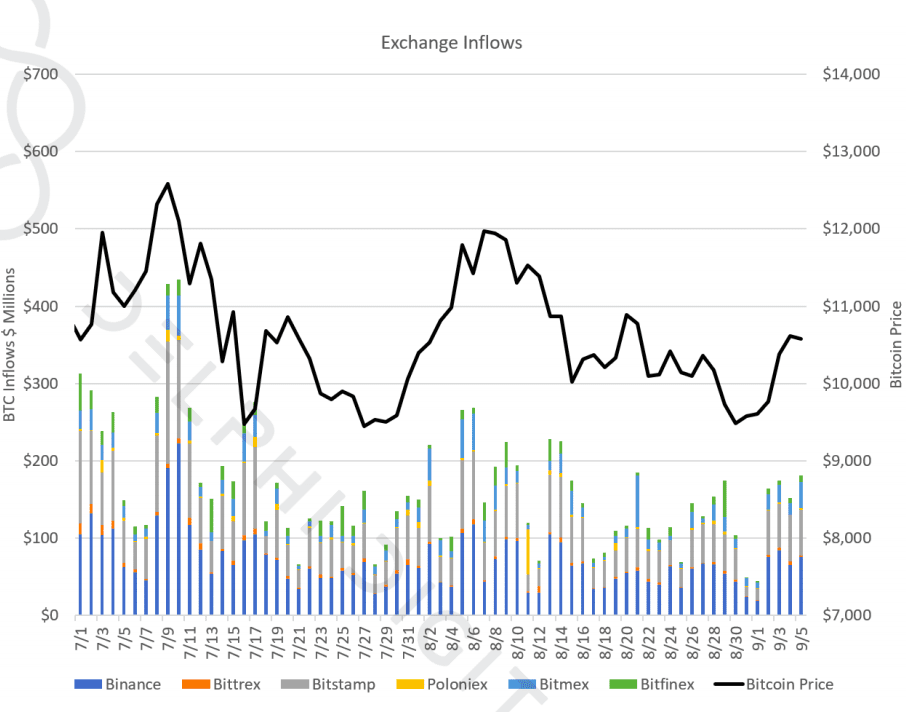 The price of Bitcoin dropped shortly after a large inflow of deposits into exchanges. So the experts considered that volume of inflowing Bitcoin can be result significant selling pressure. This consideration was proven correct when there was less inflow of BTC in August and no price dip was seen. 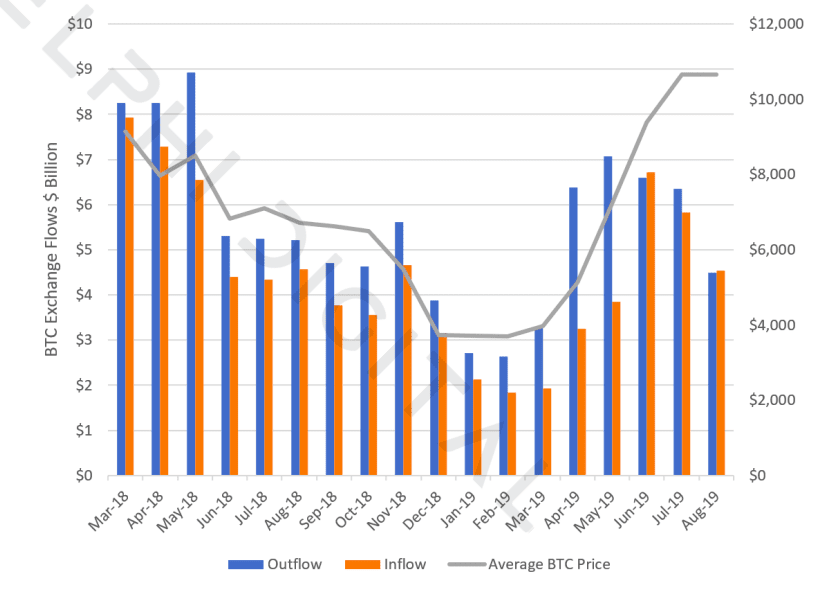 So the firm, in this context, said:

The relationship between Bitcoin price and flows is pretty apparent. Price rallies were typically accompanied by sizable inflows to exchanges as individuals looked to take profit.

The analysts from Delphi Digital predicted a significant move for the Bitcoin in the near future as BTC price has been laying low for a long consolidation period post the June parabolic run. Delphi Digital stated:

A breakout above the $11,000 – $11,200 range for BTC could be the catalyst for another strong move higher. Conversely, a break below ~$9,400 may signal more pain ahead in the near term, though we’ve seen significant buying pressure in this range, evident in Bitcoin’s quick bounce off these levels in mid-to-late July and the end of August.

Based in New York, Delphi Digital is an independent research firm providing institutional-grade analysis on the digital asset market. It recently released its Bitcoin Monthly Outlook where all these things were dived deeply into.

0
Enjin announced a new investment with a focus on bringing UND stablecoin to Efinity and Polkadot. Unbound Finance is the latest recipient of Enjin...
Read more
Reviews

0
Bitcoin is struggling around $35K as the Chinese crackdown on Bitcoin mining operation spreads to the province of Sichuan, a hydropower-rich province in South-West China.
Read more
Press Releases

0
MicroStrategy has raised $500 million through a private offering of senior secured notes to add more Bitcoin to its balance sheet.
Read more
- Advertisment -