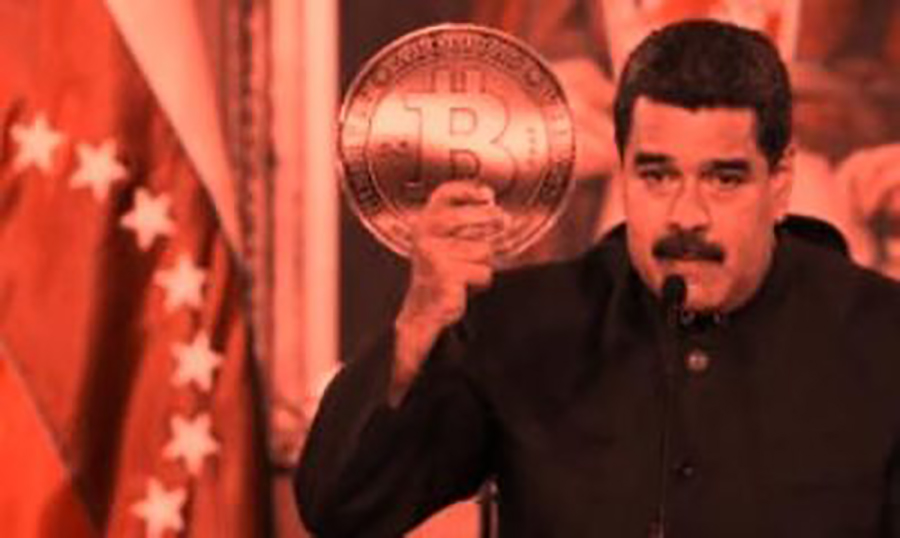 In recent days, the controversial president of Venezuela, Nicolás Maduro, announced the creation of a new national digital currency, PetroCoin. Among several justifications, He believes that this cryptocurrency will combat the effects of the sanctions applied by the United States against several officials of his government, and his ill-fated economy according to him, by a presumed “economic war” led by the White House against the tropical country.

Certainly the economic situation in Venezuela is in total free fall. The nation that was once the most prosperous in South America has descended into chaos in recent years as the central government has become more authoritarian, which is of great notoriety. The national currency, the bolivar, has fallen in value by an astonishing 95.5% against the dollar in the last year. But the president of Venezuela, Nicolás Maduro, has a solution: the creation of a national digital currency called PetroCoin or “Petro”, which, according to his statements, would be backed by the oil and other minerals reserves of the South American nation.

President Nicolás Maduro blames the United States for the economic problems of Venezuela, which has imposed sanctions on the socialist country. Petro is supposed to be backed by the country’s oil and gas reserves, as well as diamonds and gold.

According to Maduro, the Petro would serve, among other things, to advance on issues of monetary sovereignty, carry out financial transactions and overcome the financial blockade imposed by the United States, and also move towards new forms of international financing for the country’s economic and social development.

However, most people do not take seriously the creation of the new cryptocurrency. On the one hand, one of the key features of the cryptocurrency is its decentralized nature. Being issued by a central government kind of denies that cryptocurrency aspect, denaturalizing it to a large extent.

But undoubtedly the main huge obstacle that Petro faces is that of trust. Many people now accept Bitcoin, Ethereum and other digital currencies because they have faith in them. The same can not be said of the Venezuelan government, which has confiscated and nationalized many companies and industries in a seemingly continuous effort to see to what extent they can turn the country into a real hell, which is worth noting that they have succeeded with thunderous success since Venezuela today is misery, lack of food and medicine, galloping inflation and a historic and unprecedented stampede of citizens fleeing that country.

We do not believe that no matter how much Maduro intend to implement and even use the cryptocurrency, it will be successful. The bolivar is also backed by reserves and has no strength. Trust in a country will depend on the levels of production and the wealth it generates. For example, people rely on the dollar for the levels of wealth associated with it, and this is an incontrovertible reality.

Another real problem that kills Petro before birth is its supposed support in oil. Venezuela has large debts to China and Russia, and both countries take their debt payments in oil, which severely restricts the country’s supply.

It is possible that the Petro will never see the light of day, since the country is a shell of what it once was. The sharp fall in the price of oil has paralyzed the country’s economy, and the policies of the government have caused enormous damage to the population. Trust for other part is a factor which since before birth, the cryptocurrency of Maduro does not enjoy, nor do we believe to have. Populism thus makes its first attempt to enter the cryptocurrency spectrum.

Although El Petro would be the first cryptocurrency ever created by the national government, it isn’t the first startup of this kind in the land of Bolivar. The OnixCoin, a virtual currency created by a group of Venezuelan entrepreneurs, is rolling on the internet since June of this year, and it can be mined via their own software, or be bought through the exchange Yobit.net.

This coin shows itself as an alternative payment tool aimed towards emerging markets and people with low to zero financial history, like students, bachelors and entrepreneurs. While the main application is in its country of origin, its road map points to a scope beyond the Venezuelan borders.

Driven by the very same crisis that is pushing Venezuela’s government to create its own cryptocurrency, the team behind OnixCoin puts their hopes on a change “not just on the banking sector, but also in every level of government and its citizen’s economic principles”, as it was once stated by one of the co-founders, Pablo Pérez.

0
From now henceforth, it will be easy for anyone to walk into any Banco De Venezuela branch and execute a crypto-based transaction through Petro...
Read more
CryptoCurrency News

0
The issue of Petro, the "cryptocurrency" of Nicolás Maduro, dictator of Venezuela, is still a topic of conversation, and not precisely because of its...
Read more
CryptoNews

0
One of the most controversial topics related to new cryptocurrencies during this year has been that of Petro and all its characteristics, in what...
Read more
CryptoNews

0
The National Superintendence for Crypto Assets (Sunacrip) has issued a series of announcements regarding the current situation of the crypto ecosystem in Venezuela. During the...
Read more
- Advertisment -
Posting....