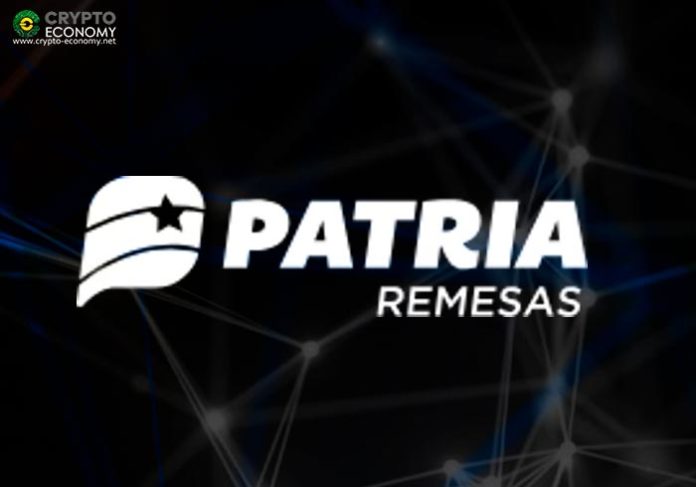 Through a live session on Radio Nacional de Venezuela, Joselit Ramírez, the National Superintendent of Cryptoactives informed Venezuelans together with the world that their remittance platform is live. Besides just making the announcement of Patria Remesas being fully operational, Ramírez also went ahead to give the public reasons as to why they should use Patria Remesas.

He started by expressing his confidence in remittance platform by pointing out it’s the most secure way of sending remittances back home. Ramírez also threw his support back to Petro (PTR) saying it will help Venezuelans to trade despite the high rate of inflation.

“Petro is an idea coined up by President Nicolas Maduro to heal not only the wounds of war but also counter the attacks of imperialism.”

Apart from just talking about Petro, Ramírez also spoke of how the world is evolving due to the economic revolution brought about by cryptocurrencies. In his view, crypto will contribute to the world’s economy by opening up the financial sector to the world.

Due to Petro being a state-backed cryptocurrency, the coin has received a lot of support from the government starting with the President himself. However, others don’t believe in his ideology of Petro saving the crippling economy of Venezuela. Apart from U.S. President Donald Trump banning the buying and selling of Petro in the U.S., Venezuela Parliamentary Deputy Jorge Millan is also against minting of Petro. Millan has come out to state that Petro is a type of fraud, but that’s not it all.

It is only recently that U.S. Treasury Secretary Steven Mnuchin who is against cryptocurrency starting with bitcoin said;

“The Venezuelan economy has culminated to a humanitarian crisis, and the situation is still bad, but instead of trying to save the country’s economy, the President has given its citizens Petro. Through Petro, President Maduro primary goal is to bypass sanitations imposed on Venezuela by the U.S. and other countries. But the good news is dually elected members of the National Assembly are against the coin.”

Though Petro is facing hardships, the government is working on development to fast-track Petro mass adopting. Besides that, other players are also working on fast-tracking mass adoption of Petro. Traki went into a partnership with Pundi X to install crypto POS systems in its stores.