Home CryptoNews Trump Executive Order of Banning Venezuela’s Petro Could be a Law on...
CryptoNewsEconomyFeatured 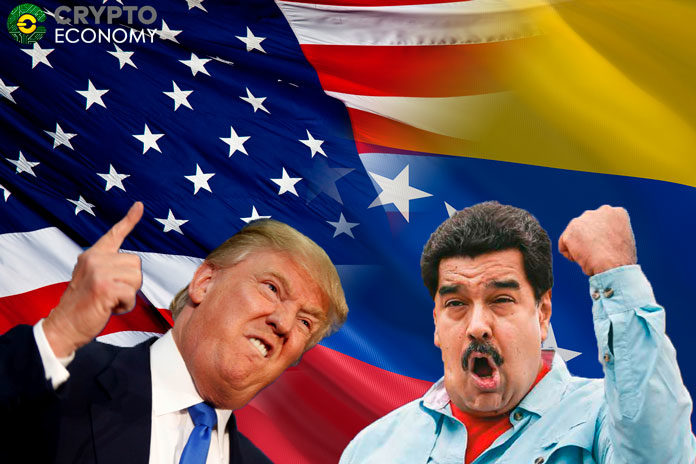 According to a report by Forbes, Donald Trump’s executive order of banning Venezuela’s cryptocurrency Petro could be converted into a far-reaching law after the approval of senate bill 1025. The report reads:

Senate Bill 1025, which could be approved as soon as Monday, will essentially make law an executive order signed by U.S. President Donald Trump last year that banned U.S. citizens, permanent residents and organizations from buying, holding, trading or spending Petro, the cryptocurrency created by the Venezuelan government and purportedly backed by the nation’s vast oil reserves.

In March 2018, the president of the United States, Donald Trump signed an executive order banning Venezuela’s cryptocurrency, Petro. As this executive order is going to become a law, it can also affect other digital assets as could set a tone for future blocking of cryptocurrencies, according to the founder and CEO of the Value Technology Foundation, a newly established firm in Washington DC, Jason Brett, who stated:

The implications for this are huge because it could be bitcoin or some other cryptocurrency inserted into this language. We’re talking about a road map for how to ban a particular cryptocurrency.

At least 20 bills related to blockchain technology are under consideration of Congress but Senate bill 1025, officially called the Venezuela Emergency Relief, Democracy Assistance, and Development Act of 2019, or the VERDAD Act for short, is among the most imminent. The Petro was taken as a method to find a way around the US sanction to Venezuela which is accused of crimes against humanity and whose Central Bank has experienced decades of hyperinflation.

The United States does not recognize Nicolas Maduro as Venezuela’s President due to reports of widespread fraud during his election, recognizing instead National Assembly President Juan Guaido and Title VII of this bill is related to cryptocurrency sanctions which state:

All transactions by a United States person or within the United States that relate to, provide financing for, provide software for, or otherwise deal in any digital currency, digital coin, or digital token, that was issued by, for, or on behalf of the Maduro regime are prohibited beginning on the date of the enactment of this Act.

The main reasons for this ban maybe to stop money laundering, drug funding, and money laundering for many peoples but for the US, this is not only the case. As Venezuela, China and other nations are exploring their central bank-backed cryptocurrencies and they would love to see the U.S. dollar lose its position as the global reserve, allowing such currencies could keep these nation connected to global commerce.

Carlos Teodoro
Cryptocurrency enthusiast and everything they represent, Carlos is responsible for writing articles, creating images and belongs to the Crypto Economy team since 2017. He is also in charge of the commercial department, social networks and the revision of translations. Carlos continues to train every day to become an expert in the blockchain.
Ethereum News