Home CryptoNews Venezuela in crisis: Bitcoin is a relief
CryptoNewsEconomyFeatured

Venezuela in crisis: Bitcoin is a relief 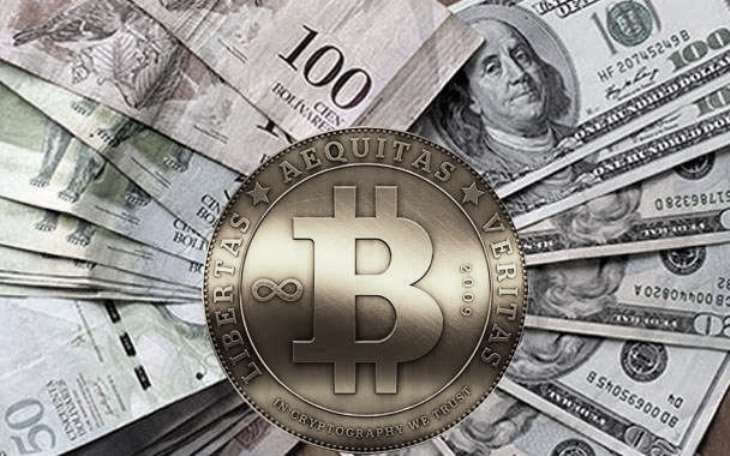 Recently, if a crisis in any country has given material to analyze, it has been the one that has been going through Venezuela for months. Not only is it a difficult political situation in which citizens’ freedoms are compromised, but it is a complex economic situation that has led Venezuelans to look for alternatives in which the cryptocurrencies have been an important solution.

In early 2017, Jim Epstein of Reason provided information on the bitcoin mining ecosystem in Venezuela and the growing level of bitcoin trade within black markets in Venezuela. Despite local government crackdown on bitcoin miners, young students and freelancers have begun to mine bitcoin to secure life jackets for their families.

Alberto, a 23-year-old Venezuelan graduate with a degree in computer science, began working in bitcoin in December 2016 because of the lack of employment opportunities in the nation. The vast majority of jobs available, even for recent graduates with a degree in computer science, for example, paid a maximum rate of $ 20 per month, which was not enough for Alberto to financially support his family.

Instead, Alberto turned to bitcoin mining and began earning a significant more through the operation of a bitcoin mining facility in Venezuela. Through its profits, Alberto has been ordering food and necessities through Amazon’s Prime Pantry.

Ryan Taylor, CEO of Dash Core, the development company behind Dash, explained in an interview that a growing number of young and unemployed graduates and professionals have begun to study bitcoin and various ways to receive their winnings through bitcoin and other Cryptocurrencies . He also revealed that demand for Dash is also increasing and the level of activity and participation in its forums, YouTube videos and chat rooms among Venezuelan users have increased significantly.

“We are seeing a huge demand in Venezuela through consultations in our line of support, as more and more people join our forums and chat rooms, including how-to YouTube videos that have appeared. These places where the incentives to get into digital currencies are the strongest. We are seeing a lot of growth in the region, “said Taylor.

Many users in Venezuela are buying bitcoin through three commercial platforms; the first and largest exchange of bitcoin country SurBitcoin, LocalBitcoins and black markets. In June, the volume of weekly operations of LocalBitcoins in Venezuela doubled from April to 1.3 million dollars, which shows an exponential increase of the demand. For the week ending June 25, 425 bitcoin was traded at LocalBitcoins. Compared to countries with similar GDP per capita, such as Brazil, Thailand and South Africa, Venezuela’s demand for bitcoin is notably higher. And the trend will increase.

A large number of investors in Venezuela are using bitcoin to safeguard their savings and use it as a digital currency on a daily basis. Venezuelans use these alternatives not only to safeguard their savings, but also to operate in daily business and commerce. An alternative to entrepreneurs and people who lack the means to buy and sell not only merchandise, but also to send and receive remittances. It is important to note that in Venezuela there is a fierce exchange control regime that significantly restricts access to free foreign exchange in that country.