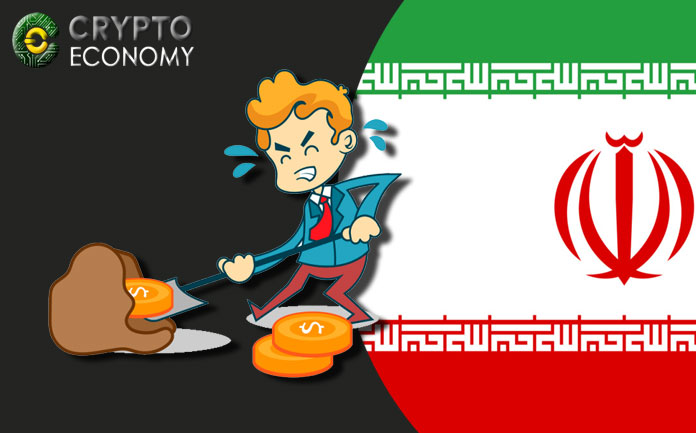 Recently, the Iranian government publicly announced the acknowledge of cryptocurrency mining as a formal activity within the economy in Iran, in an effort to circumvent the crisis it is undergoing following the economic sanctions imposed by the US government.

This is according to Iran’s Supreme Council of Cyberspace secretary Abolhasan Firoozabadi, on September 4, in an interview where he said that for the design of the respective legal framework, his institution has joined forces with the Central Bank; the Ministry of Communication and Information Technology; the Ministry of Industry, Mining and Commerce; the Ministry of Energy; and the Ministry of Foreign Affairs and Finances.

Let us remember that on April, the Central Bank of Iran (CBI) opted to officially prohibit the use of cryptocurrencies across all the national territory, arguing that these could be used for money laundering and due to this, the transaction volume of digital currencies saw an important reduction, but did not completely halt.

Despite Firoozabadi not alluding the lifting of cryptocurrency ban in Iran, the announcement sparked a remarkable increase in the price of virtual currencies in the internal market.

An example is Bitcoin, which began to trade at more than 1 billion Iranian rials which equals roughly $ 22,000. Ethereum, on the other hand, went from 280 $ per coin, to almost 1000 $, according to Exir platform.

The secretary’s statement is proof of the government’s commitment to regulate the crypto sector, but no further details about the new legal framework were unveiled.

“The legal framework for the crypto mining activity is still in development and no solid decisions have been made to this respect”, Firoozabadi commented, adding that a possible date for the introduction of the draft would be September 22.

Parallel, the government aims to issue its own cryptocurrency, furthering its new policy as well, without revealing so much to this respect. The few information available suggest that the coin will be backed by the Iranian Rial, aside from being designed and developed by Informatics Services Corporation (ISC), based on Hyperledger Fabric

“The Iranian cryptocurrency has been developed under a private blockchain infrastructure, and cannot be mined. The issuance institution is the Central Bank, and the issuance volume will depend on the Bank’s decision,” says an extract of the unveiled information.

However, the Secretary did not made any positive or negative mention in regards of the ISC’s declaration, which leaves the crypto community doubtful as to what the parameters by which the Iranian digital currency could be governed at all.

Also, no details on the national crypto asset’s name were made public; only a tentative date for its launch in November of this year.

0
Kentucky is all set to become a hub for flourishing crypto-mining business as it attempts to woo crypto miners with two major bills now...
Read more
- Advertisment -