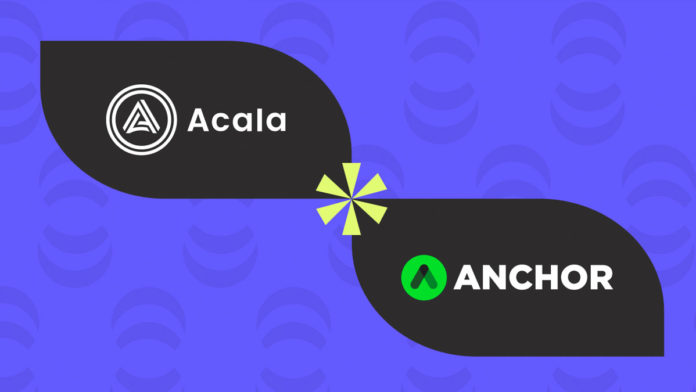 With the announcement of their integration, the Anchor Protocol and Acala hope to unite the Terra and Polkadot DeFi ecosystems and increase the decentralized stablecoin market. The announcement by Acala that it would join Wormhole has resulted in Acala and Anchor Protocol collaborating to act as gateways into Polkadot and Terra, hence increasing liquidity and yield potential for aUSD and UST.

What Does it Mean for Users?

Working with the team at Anchor, a savings and borrowing protocol built on the Terra blockchain, Acala is attempting to expand the decentralized stablecoin market through a range of interfaces that span the Terra and Polkadot ecosystems. Liquid DOT (LDOT) and Liquid KSM (LKSM), two of Acala’s yield-bearing liquid-staking derivatives, will initially be used to help Anchor increase its collateral alternatives for the UST stablecoin.

They will also collaborate to establish deep liquidity pools for aUSD and UST on Acala, which will serve as a doorway into the Polkadot ecosystem for users of the latter asset class in the future. The two teams will continue to work together to develop additional integrations and deployments in the Acala and Terra ecosystems, building on the foundation of their initial integrations.

Users of Polkadot and Kusama will soon be able to obtain Anchor yield by using their LKSM and LDOT, which are now in beta. In order to accomplish this, they will first move their liquid staking assets to Terra through Wormhole and then provide their LDOT or LKSM as collateral in order to borrow UST on Anchor. This results in the user receiving ANC incentives for borrowing and being able to deposit their UST on the Earn side, where they can earn a consistent income. With the introduction of this new use case for LDOT and LKSM, a completely new group of users from Dotsama (Polkadot and Kusama) will be brought to the Terra ecosystem.

In order to facilitate the creation of UST/aUSD pools, Acala and Anchor want to start with Acala and then expand to various other parachains and L1s over time. The pools will dramatically increase the liquidity of aUSD and UST while also allowing for collaborative efforts to build the decentralized stablecoin ecosystem as a whole, as previously stated.

0
The native stablecoin of the Acala network, aUSD is quite close to regaining its peg with the US Dollar after a hacking attempt on...
Read more
CryptoCurrency News

0
The Polkadot ecosystem is one of the most active networks in the blockchain space. Over the last week, several developments took place in its...
Read more
Companies

Acala Will be Home of Data Indexing Solution SubQuery Network

0
The Polkadot ecosystem is all set to begin its new era as the Polkadot parachain auctions are going to start from tomorrow, Thursday, November 11.
Read more
Companies

0
Acala’s first liquid staking product is now live Kusama, a sister network of Polkadot, through its Karura parachain. The launch will be followed by a Polkadot launch.
Read more
- Advertisment -
Posting....