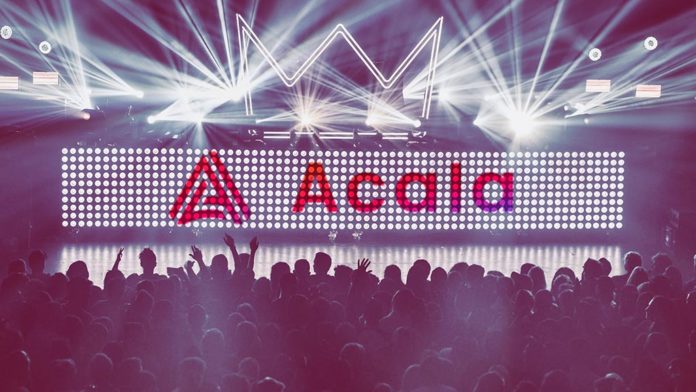 The first Polkadot parachain auction has ended, and Acala, the DeFi hub of Polkadot, has secured the first parachain slot on Polkadot’s Relay Chain.

The official Twitter handle of Polkadot, On Thursday, November 18, announced that Acala had won the first parachain auction and will be onboarded on December 18, 2021, at block number 8179200 and the beginning of lease period 6. Over 81K stakeholders contributed DOTs to the Acala crowdloan.

Acala will be onboarded at block #8179200 [Dec. 18] at the beginning of lease 6 with the other first 5 auction winners. Over 81K network stakeholders locked up DOT in favor!https://t.co/ZFSzezZAFX pic.twitter.com/Xn0hItfHrm

Acala will be onboarded at block #8179200 [Dec. 18] at the beginning of lease 6 with the other first 5 auction winners. Over 81K network stakeholders locked up DOT in favor!”

According to Acala, over 81K contributed more than $32 worth of DOT tokens. The first Polkadot parachain auction was a close encounter between Acala and the Moonbeam Network. Both projects swapped the first position many during the auction. Acala was announced as the winner by the candle auction process, which randomly selected a block from the past seven days, at which point Acala was in the lead.

With over 32M DOT contributed by over 81,000 community members, Acala has won the first parachain auction on @Polkadot!

Thank you to everyone who took part in this historic event. (1/3) pic.twitter.com/CL2jCwA9Re

The second auction also began on Thursday in which 10 teams are competing to win the second parachain slot. According to Polkadot.js, the Ethereum compatibility platform Moonbeam Network is in a strong position the secure the second slot as it is currently far ahead of its competitors with more than $34 million worth of DOTs locked on its crowdloan.

The second auction will end on November 25. These auctions are part of the first batch of 5 parachain that will occur one after the other, in succession, each lasting a week. The 5th auction will be concluded on December 16th and winners will be connected to their respective slots at the start of lease period 6 on December 18, 2021, for the period of December 17, 2021, to October 20, 2023.

There will be 100 parachains for both Kusama and Polkadot. Once the parachain lease ends after 48 weeks maximum on Kusama and 96 weeks on Polkadot, they will have to renew their lease by running another crowdloan.

0
The native stablecoin of the Acala network, aUSD is quite close to regaining its peg with the US Dollar after a hacking attempt on...
Read more
Price Analysis

0
With the announcement of their integration, the Anchor Protocol and Acala hope to unite the Terra and Polkadot DeFi ecosystems and increase the decentralized...
Read more
- Advertisment -
Posting....