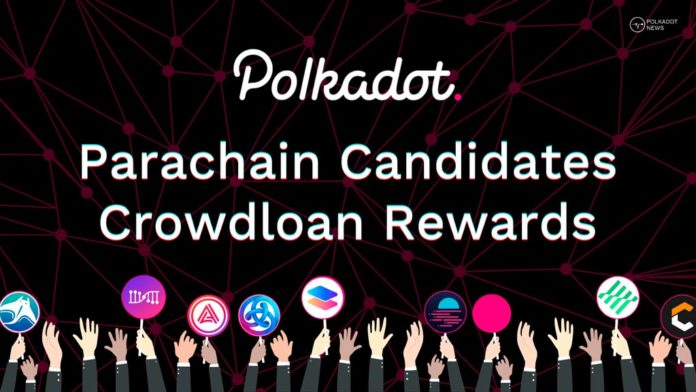 The Polkadot ecosystem is all set to begin its new era as the Polkadot parachain auctions are going to start from tomorrow, Thursday, November 11.

As Crypto Economy reported, the Polkadot team announced the schedule in the previous month of October. According to motion 118 passed by the Polkadot Council in October, the auctions for the first batch of five parachains will begin on Thursday, November 11.

To get things started, on November 5, a public referendum 41 was passed to deploy the Shell parachain on Polkadot, which is now producing blocks on the blockchain. The Shell is only a limited-capability parachain and only accepts messages from the Realy Chain to upgrade itself. On that same day, Polkadot’s No.42 referendum was voted and the Parachain Slot Auction Crowdloan module was launched.

The participating teams have opened their crowdloans for users to participate in these auctions. According to a blog post, 9 teams will fight in the first auction to become the first real-world parachain on Polkadot.

Almost all these have opened their crowdloan platforms. Acala has recently announced that over 55,000 community members have already contributed more than 10 million $DOT towards Acala’s bid in the first Polkadot parachain slot auction. Parallel Finance has also announced that after 72 hours of its crowdloan launch, 20K contributors have contributed $100 million.

✨Over 55,000 community members have contributed more than 10 million $DOT towards Acala's bid in the first @Polkadot parachain slot auction.✨

Thank you to the community for your support – let's make history!https://t.co/Uuutl1CEco pic.twitter.com/T41GnDyirC

The winning parachain will be not connected to Realy Chain immediately that was the case for the first 11 parachain auctions for Kusama. Instead, winning parachains of each batch will be onboarded at once at the start of a leasing period.

Meanwhile, parachain auctions for Polkadot’s canary network Kusama are in full swing. On Monday, November 8, Kusama concluded its 13th parachain auction and the Metaverse portal of Polkadot and Kusama Bit.Country is now the 14th parachain on Kusama.

After winning the 13th parachain auction, https://t.co/pVd08nwNkB is being onboarded as my 14th parachain [13-auction winning parachains, plus #Statemine]. Over 25.6K network stakeholders locked up KSM in favor!https://t.co/XMEA6ObuvB

0
With the announcement of their integration, the Anchor Protocol and Acala hope to unite the Terra and Polkadot DeFi ecosystems and increase the decentralized...
Read more
Price Analysis

0
Polkadot prices are underperforming, trailing the USDT as per the performance in the daily chart. Overall, the path of least resistance from a top-down...
Read more
- Advertisment -
Posting....
We use cookies to ensure that we give you the best experience on our website. If you continue to use this site we will assume that you are happy with it.OkPrivacy policy