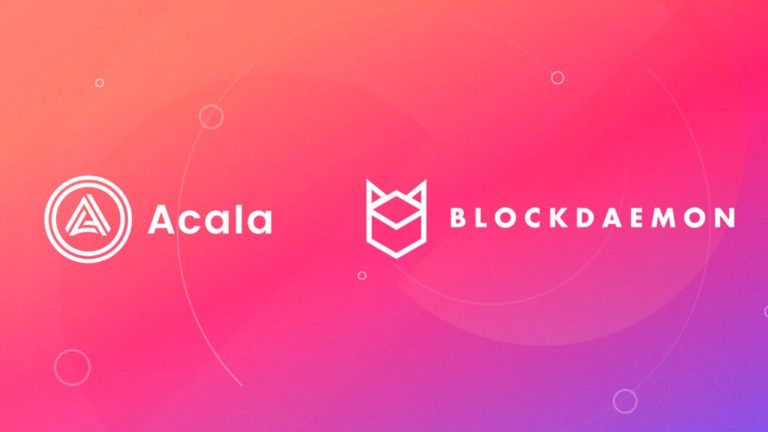 Acala’s  liquid staking product is now live Kusama, a sister network of Polkadot, through its Karura parachain. The launch will be followed by a Polkadot launch.

In a blog post on Tuesday, September 28, Acala announced that it had partnered with Blockdaemon, a top-performing blockchain infrastructure provider, to support its newly-launched staking product for Polkadot (DOT) and Kusama (KSM).

As blockchain infrastructure provider, Blockdaemon will run validators for the liquid staking pool, and by extension, secure the Kusama network.

According to Acala, the DeFi hub of Polkadot, this liquid staking product is available for both Polkadot and Kusama but this launch has brought its product live on Kusama.

The product called KSM liquid staking (LKSM) is now live through its Kusama parachain Karura. The product for Polkadot called LDOT will go live when Acala will become a parachain on Polkadot.

What is Liquid Staking?

But these assets are locked and illiquid. While these coins are staked, coins offer no utility beyond earning staking rewards.

Furthermore, users have to wait for 28 days to unbond their DOT tokens and 7 days for KSM. During this period, these tokens are not eligible even for staking rewards. This is where Acala liquid staking derivative solution comes in.

Acala’s first derivative product KSM Liquid Staking (LKSM) will now enable users to stake their KSM while maintaining access to its liquidity. According to the blog post:

“When KSM is staked on Karura, users receive LKSM, a liquid, yield-earning token that not only represents their staked KSM value, redeemable at any time, but also includes their ever-increasing staking rewards.”

Users who stake in LKSM product receive 16% APR in staking rewards. But that’s not it. LKSM tokens can be used for other purpose such as in other DeFi applications. “LKSM can be used as collateral for a kUSD stablecoin loan, for trading within Karura Swap in an LKSM/kUSD pair, or for becoming a liquidity provider (LP) in the LKSM/KSM pool,” reads the blog post.

Furthermore, there will be no unbonding period for KSM tokens in LKSM. Users can unlock their assets at any time at cost of a small fee.