Where is Bitcoin [BTC] headed? The worst may be behind us 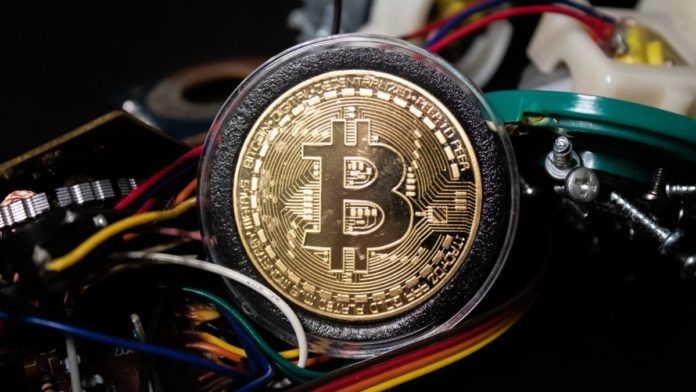 Bitcoin [BTC] has had a tumultuous ride so far in the second quarter of 2021. Its premise was no less than unprecedented but it did not take long for the market to quiver as the bears made a comeback. But where is the king coin headed?

This past week has not been very bad for the cryptocurrency ecosystem as a whole. It all started with India’s central bank, RBI ending year-old speculation regarding overturning of the circular that banned financial institutions from dealing with cryptcurrency-related service providers.

This was indeed a big relief after China’s crackdown on crypto trading and mining which sent Bitcoin and the rest of the market to a major downward spiral in late May.

However, another positive development that helped the space recover the losses, at least a little, was search engine giant, Google lifting the ban on crypto wallet and exchange advertisement.

According to key metrics, buying activity has picked up again. This was found upon a closer look at IntoTheBlock’s Historical In/Out of the Money [HIOM]. Over the past ten days, Bitcoin’s addresses have posted interesting patterns.

According to ITB’s metric the number of addresses in the money [making profits] has increased by over 900k , even as there was not a significant surge over the same period.

This essentially signalled that a large number of holders took the market pullback all the way to $30K as an opportunity to buy and lower their average costs. In this way, the holders did make q quite a profit as prices rebounded.

In addition to that, the number of addresses out of the money took a plunge by approximately one million. Taking the latest stats into account, some of these addreses averaged down their entry price. Hence, it cane be speculated that many hands sold due to the increasing panic in the market and as a result, no longer being considered by the HIOM.

The data at hand also stated that this marks the transition in Bitcoin holding who first started out as short-term speculators and subsequently becoming longer-term investors.

“The pattern is apparent when looking at the decrease in addresses holding for less than a month, classified as traders by IntoTheBlock.”

Also, the above IOMAP chart demonstrated that 1 million addresses had previously purchased almost 570K Bitcoin when it was trading around $37K. This level has now tranformed into a strong support area due to the large buying activity.

Contrarily, a strong resistance established a little below $40k. Hence, if buyers in the market manage catapult Bitcoin beyond this range, a move to $43,000 seems likely as there appears to be little resistance in between.

0
After a brief spell of respite, the global cryptocurrency market cap plunged below the $1 trillion mark indicating a minor pullback resulting in capital...
Read more
Companies

0
A looming hazard of a 'crypto winter' hangs as Bitcoin (BTC) tumbled below $26K. Ethereum along with major cryptocurrencies traded in a sea of deep...
Read more
- Advertisment -
Posting....