Bitcoin Adds 7% as BTC Bulls Set to Close above $45k 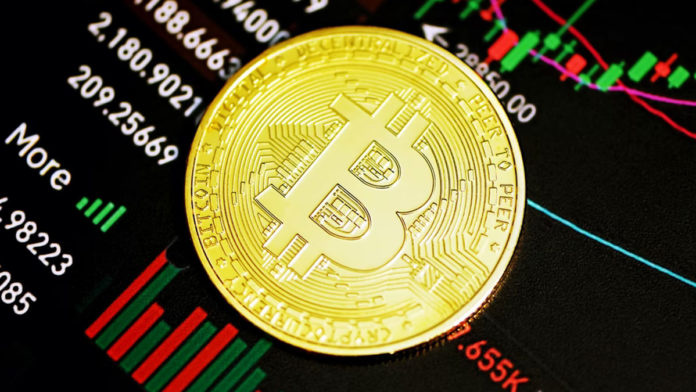 The Bitcoin price is firm to the upside, adding seven percent in the past trading week and above immediate resistance—now support—levels.

Although prices are below $45k, the upswing of the second half of the week could provide the required momentum for a break above the psychological level, opening up the coin to $50k in the upcoming sessions.

The Rise and Adoption of Bitcoin

Bitcoin is trading at a three-week high at the back of positive fundamental news at spot rates.

For instance, months after the U.S. SEC approved the first Bitcoin Futures ETF, institutions have been offering support for BTC, diversifying into the world’s most valuable digital assets.

MicroStrategy, for instance, has been accumulating Bitcoin and is the world’s largest holder with over $3.5 billion of BTC.

Their decision to back Bitcoin when fiat currencies have been pinned down by inflation has emboldened other firms who have been finding exposure in BTC via complex derivatives in regulated exchanges.

Recently, the Luna Foundation announced their plans of purchasing $10 billion to back their stablecoin, UST.

At the same time, it has emerged that Exxon Mobil, the largest U.S. oil and Gas Company, is using excess natural gas to mine Bitcoin. By flaring excess gas, the multi-billion company is advancing and supporting governments’ environmental preservation efforts. Their contribution directly fortifies the Bitcoin network, making it the most secure in the scene, with hash rates continuously rising despite recent price corrections. 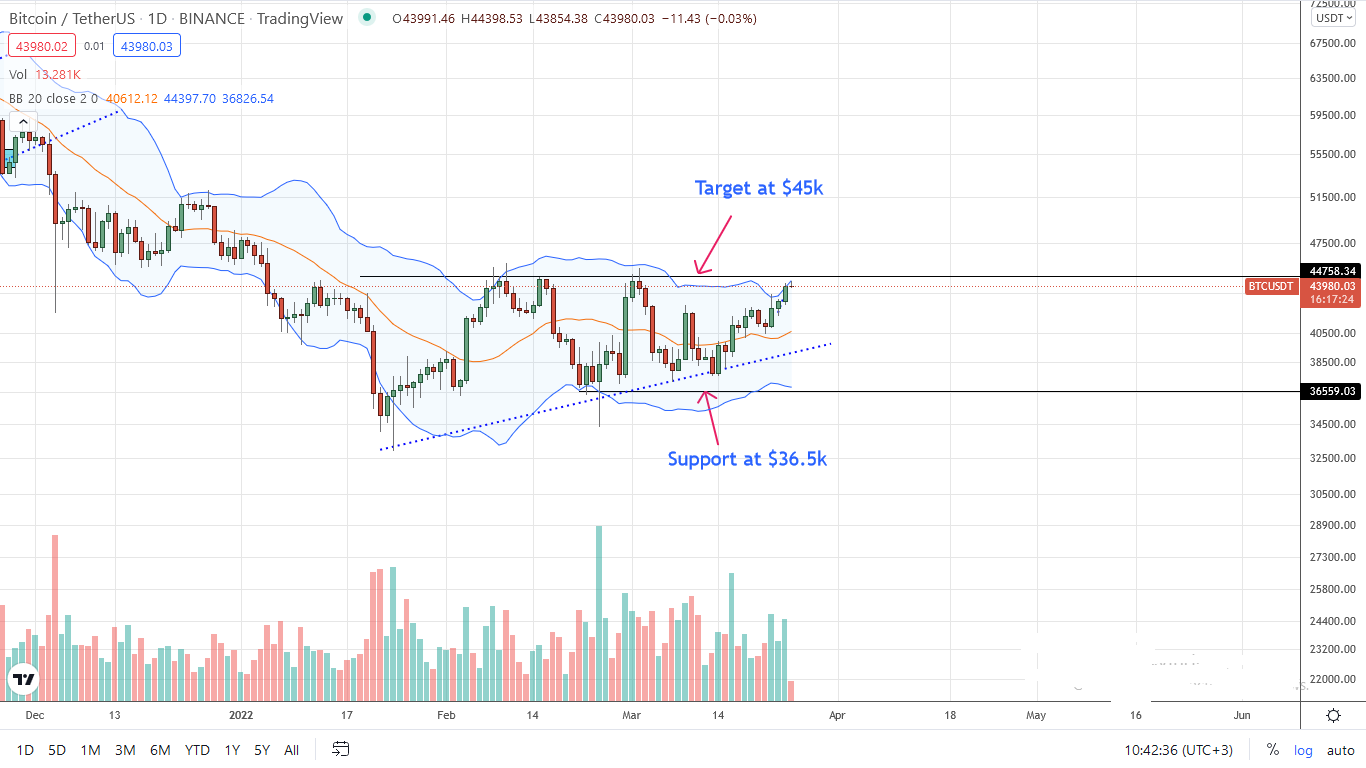 The Bitcoin rise is within a rising wedge with resistance at $45k.

Reading from the candlestick arrangement in the daily chart, traders may ride the trend, buying dips with targets set at $45k in anticipation of more gains towards $50k and $53k—a critical resistance level.

Ideally, the surge to $50k must be preceded with a high volume close above $45k, confirming the presence of bulls.

At spot rates, the surge of BTC prices to over $44k confirms the higher highs of March 22, which was the base for the rally above $42.5k—an intermediate resistance—former support—level.

A correction below $42k would likely slow down momentum. However, the uptrend remains valid, provided prices are trending inside this week’s trade range and $40k.

0
Bitcoin prices are still moving in a narrow trade range with clear resistance and support levels when writing. Even though buyers are optimistic, their...
Read more
Bitcoin News