Tutellus, NEM, ProximaX and the future of distributed video services 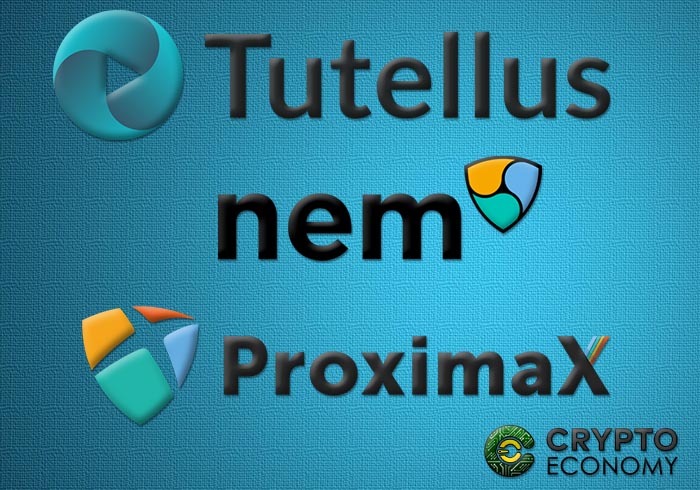 According to official sources, Miguel Caballero (CEO of Tutellus), Lon Wong and Jeff McDonald (President and Vice President of NEM) have recently gathered and discussed issues such as the future of distributed video services.

During the presentation of the Tutellus and ProximaX projects, the possibility of working together to improve certain aspects of this type of service was raised.

“ProximaX is developing a protocol on NEM + IPFS that can optimize some services such as video transmission distribution. We can improve our platform with its technology, which is like the next generation of distributed video services”, says Miguel Caballero.

Tutellus had already announced their intention to renew their infrastructure that is currently based on the Ethereum network to the NEM Blockchain, among the reasons that have led Tutellus to make this change we can highlight:

“NEM Developer, David Garcia, will host a NEM Developer Workshop at the Barcelona Blockchain Meetup where Miguel Caballero, the CEO of Tutellus, will be joining and share why the Tutellus team decided to move from ETH over to NEM.”, was announced in a news media related to NEM.

Tutellus is a collaborative online education platform, which has been offering services since 2013 and has recently started an ICO, with which they want to become a platform of decentralized learning services based on Blockchain.

It offers the possibility of obtaining a benefit both to users who access the platform to learn, and to those who share their knowledge.

These obtained benefits motivate students to continue studying and help other classmates (action for which they are also recommended) and teachers to improve the quality of their work.

ProximaX is a decentralized storage and content delivery network based on blockchain, which consists of several layers:

The ProximaX project is headed by Lon Wong, former president and advisor of the NEM.io foundation.