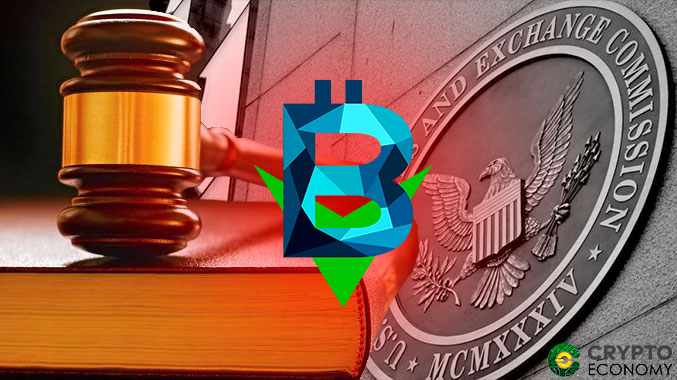 The Securities and Exchange Commission is suing a company, Blockvest for making false claims on its initial coin offering publicity material.

Blockvest LLC and its founder would be answering to the suit for claiming that its ICO was approved by the agency. The regulator has already filed a suit to obtain an injunction against the said ICO.

Another grievance of the commission is the fact that the company used its seal without approval. SEC is also frowning at the use of the name of a prominent accounting firm without consent in marketing the initial coin offering.

These contravene federal laws according to the agency. A press release on the SEC website stated that an emergency injunction was obtained from a federal court to debar the company from continuing with its ICO and the presale that it has planned to commence.

The SEC order obtained from the US district court for Southern California also froze the assets of Blockvest and its founder, Reginald Buddy Ringgold III. The court would on October 18 sit to determine the merits of demands filed by SEC against Blockvest.

The agency has also warned the public to be wary of ICOs claiming endorsement by SEC and CFTC. The SEC’s Office of Investor Education and Advocacy made it clear that the agencies have not been giving endorsements for initial coin offerings conducted by any entities.

Regulators have mostly viewed initial coin offerings as a convenient tool for fraud. The fact that a good chunk of investor funds in ICOs are lost reinforces this notion.

The US regulators have been engaging individual crowdsales based on merit. The SEC and CFTC have continued to embark on coordinated action to ensure that US investors are protected by imposing strict conditions on token sales that target citizens of the country.

SEC has also tried defining tokens based on existing laws. This has given the agency the grounds to move against ICOs that it considered selling securities.

Aside SEC, state securities agencies have been working at the local level to ensure that state and federal laws are not broken.

The North Dakota Securities Commission this week issued a “Cease and Desist” order against three firms that it considers selling fraudulent tokens.

In the release, the North Dakota securities commissioner stated that, “The continued exploitation of the cryptocurrency ecosystem by financial criminals is a significant threat to Main Street investors. In formulaic fashion, financial criminals are cashing in on the hype and excitement around blockchain, crypto assets, and ICOs – investors should be exceedingly cautious when considering a related investment.”

The crypto ecosystem has largely been marred by the activities of fortune hunters that see initial coin offerings as a platform to scam investors.