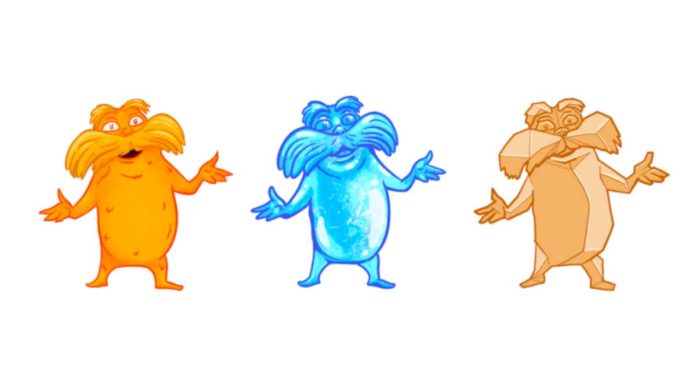 Dapper Labs, the developer of popular blockchain-based game CryptoKitties, has announced a partnership with Dr. Seuss Enterprises to create new digital collectibles for some of Dr. Seuss’ most iconic and popular characters on its Flow Blockchain.

Dapper Labs’ co-founder and CEO, Roham Gharegozlou, announced the news in a Medium post on Tuesday, July 21st.  According to a press release available to media, new digital collectibles will feature Dr. Seuss’s most popular characters, including Cat in the Hat, The Lorax, Horton, Thing One, and Thing Two.

This new blockchain experience called Digital Decal will “enable fans of Dr. Seuss’s vast universe the ability to collect digital packs of their favorite characters and wholly own them on the blockchain forever.” Fans can collect digital decals for Dr.Seuss characters that can be passed down from parent to child, or among friends for generations to come.

Fans can visit the given website to begin assembling digital decals to organize into collections. As they accumulate more and more decals, they will have the opportunity to discover and unlock exclusive content. Furthermore, these decals will live forever on Flow as, according to Roham, “anything fans own on Flow, they own forever.”

All the digital collectibles will be created and secured with smart contracts on the Flow blockchain,  a specialized blockchain designed by Dapper Labs for the entertainment industry.

Dr. Seuss Enterprises, established in 1993, is a leading children’s entertainment company based in San Diego, Calfornia. With this partnership, the company has joined the family of brands and partners that are already on Dapper Labs’ Flow network that include UFC, Warner Music, the National Basketball Association (NBA) & National Basketball Players Association (NBPA), Ubisoft, and Animoca.

“Dr. Seuss fans are some of the most passionate fans in the world. By partnering with a company like Dapper Labs, a true trailblazer in the blockchain space, we will be able to offer our fans something entirely new. Digital collectibles will allow Dr. Seuss fans to revisit and revel in their favorite characters in an entirely new way.”

Dapper Labs, founded in 2018, leverages Blockchain technology to bring new forms of digital engagement to fans around the world. The company has similar partnerships with many other brands such as UFC but, as reported, the much-anticipated partnership is with NBA and NBPA. Through this partnership, partners are developing NBA Top Shot, a digital collectible to increase fan engagement.

“As the world moves increasingly online, so has consumers’ desire for discovering and collecting digital memorabilia that brings them one step closer to their favorite athletes, musicians, and iconic characters. With our new Dr. Seuss digital decal experience, we are marrying the best of both worlds – allowing fans to interact and discover something entirely new while tapping into our collective nostalgia for the characters that mean so much from our childhood. We are thrilled to be working alongside Dr. Seuss Enterprises to launch this first of its kind endeavor that is bound to bring joy to Dr. Seuss fans around the globe.”