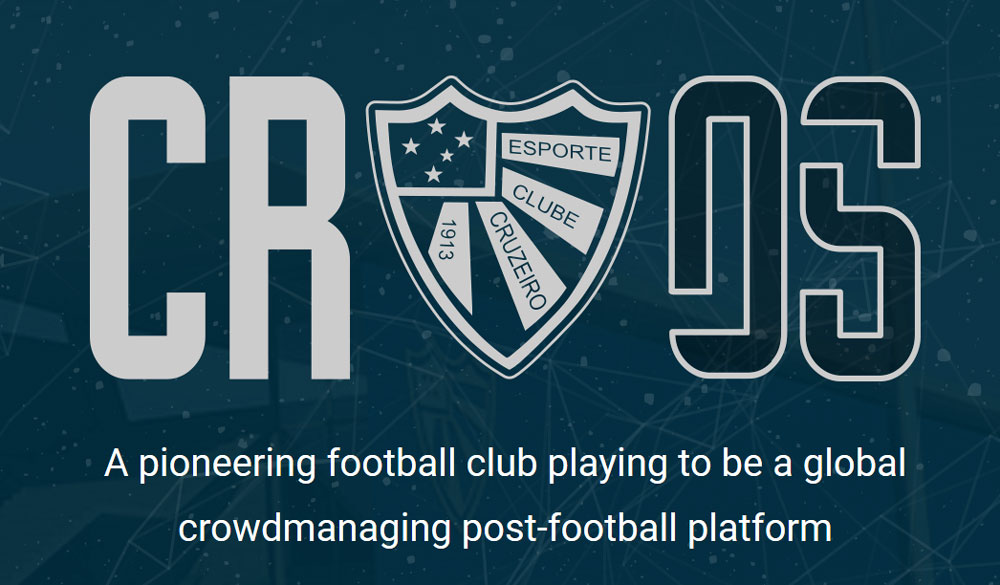 Via social media, it was made public the launch of the initial coin offering (ICO) managed by the Cruzeiro, one of the oldest football clubs of Brazil.

The Raposa – as it is colloquially known – announced through its Twitter account its decision to dabble into the blockchain technology, in order to fund the building of its new football stadium in Cachoeirinha city, Rio Grande do Sul city, to the south of Brazil.

Per the news, Paulo Antonio Doering, who serves as president of the Cruzeiro Deliberative Council, commented that they took the decision to change the team headquarters – formerly on Porto Alegre – to facilitate logistic requirements of first division football teams. However, economic conditions forced them to re-schedule the move.

Due to that situation, the board saw itself in the need of looking for financing alternatives, to reach the 60 million Brazilian Reals (worth approximately 16 million US Dollars). Among these options, there was the idea of launching an ICO to achieve this goal, which would also turn it into the first Latin American football club being funded by this blockchain model. 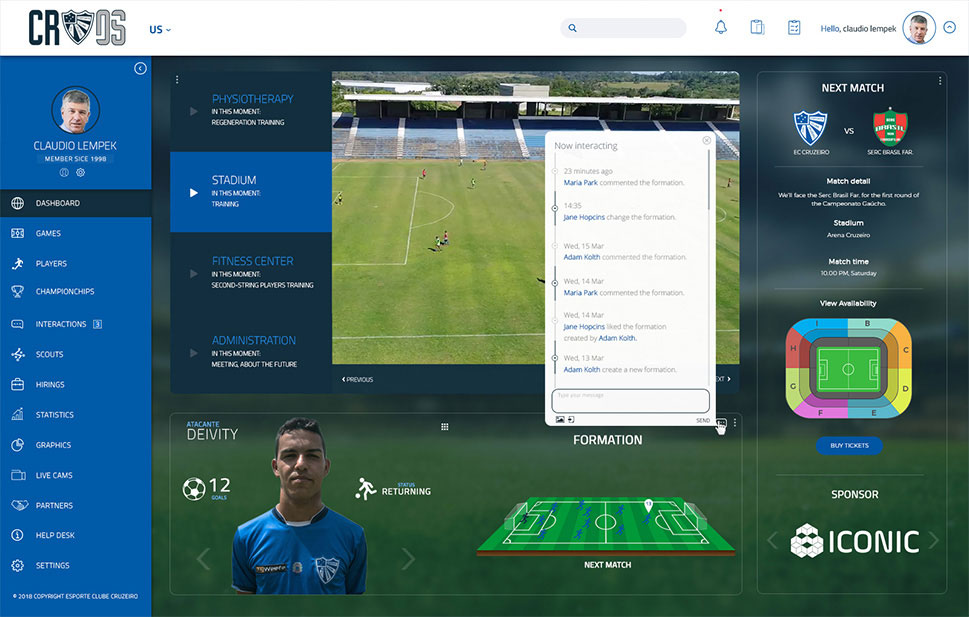 It is worth mentioning, that the ICO for the CROS (the name of the aforementioned token) is scheduled for the next months – specifically, between July and December – and can be obtained by purchasing them with Ethereum, Bitcoin and fiat.

On the other hand, those in charge of advising the initiative are members of Brazilian company Iconic. In this regard, business manager Jonathan Darce commented:

“We know that small clubs are going through a tough situation. So, we thought on how to deliver a solution that would contemplate infrastructure resources and at the same time, be durable. They might take 60 million dollars in loan from a bank, but how would they pay back? With ICOs, they do not get in debt and still participate in a pioneering initiative.”

In addition, Darce stressed that a blockchain alternative could be a “durable and revolutionary solution in its structure to economically help a company with the lowest impact possible.” Bearing in mind that the Cruzeiro is not as big as other football clubs that already are into cryptocurrencies – just like the Arsenal F.C. – it is expected a deep transformation that not only benefits players, but also the fan base.

To this end, it has been planned the develop of an interactive platform for the publication of team’s statistics, so enthusiasts can manage their tactic schemes such as transfers, substitutions, change of formations, among others. The platform is dubbed Cruzeiro Open Source, and it will be available on 2019.

0
To increase public transparency in different institutions, the Brazilian Development Bank has launched the Brazilian Blockchain Network. The Court of Accounts of the Union...
Read more
Bitcoin News

0
The Brazilian Bitcoin and cryptocurrency ecosystem is flourishing. Despite a rather inconsistent framework, capital inflow into the country's cryptocurrency platforms continued and has not...
Read more
Bitcoin News

0
A new partnership is announced between COINQVEST and nTokens that results in better enterprise cryptocurrency payment processing in Brazil. The two companies will join...
Read more
- Advertisment -
Posting....