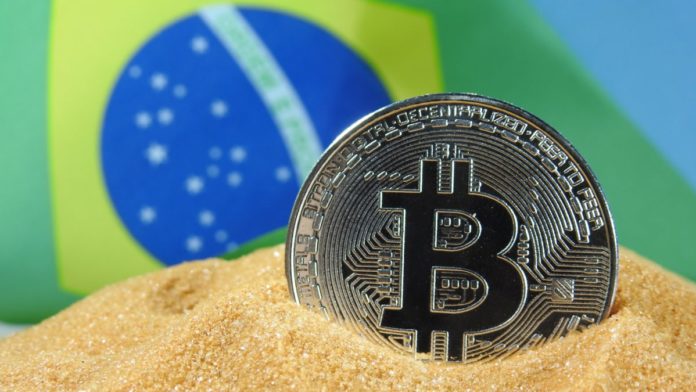 The Brazilian Bitcoin and cryptocurrency ecosystem is flourishing. Despite a rather inconsistent framework, capital inflow into the country’s cryptocurrency platforms continued and has not faced any hindrance even in the face of a market-wide rout. In the latest development, Brazil’s largest crypto exchange, Mercado Bitcoin has reportedly secured a $200 million from the SoftBank Latin America Fund. Interestingly, the latest fundraise event depicts the largest Series B round in the history of Latin America’s history as well as SoftBank’s largest investment in a cryptocurrency firm in the region. With this investment,  Mercado Bitcoin’s parent company, 2TM Group now values at $2.1 billion, thereby making it the eighth most valuable unicorn in Latin America.

Mercado Bitcoin aims to deploy the fund secured in the series B round in the platform’s infrastructure, which will allow it to revamp and scale to cater the rising demand for the blockchain-based financial market. Along the same line, Roberto Dagnoni, Executive Chairman & CEO of 2TM Group, was quoted saying,

“Millions of people around the world are realizing that digital assets and cryptocurrencies are both innovative technologies and efficient stores of value – Brazil is no exception to that trend.”

Dagnoni also went on to add,

“I am thrilled to have the SoftBank Latin America Fund support to help us to realize our vision, thanks to the unparalleled combination of their financial expertise, in-depth industry experience, and extensive regional footprint.”

According to Gustavo Chamati, who happens to the Co-Founder and Board Member of Mercado Bitcoin’s, the crypto exchange had emerged as one of the trusted crypto brand in Brazil and also admitted in playing a part in developing a scalable market infrastructure. Chamati asserte that this positioning has enabled the team to capitalize on the surging interest in cryptocurrencies in both Brazil and Latin America. As a result, the platform had been able to grow and expand its market share over the past year.

Beside, the funding comes just months after Mercado Bitcoin’s concluded Series A round for an undisclosed amount in the beginning of the year, which was led by G2D/GP Investments and Parallax Ventures, and also saw the participation from HS Investimentos, Gear Ventures, Evora among others.

Bitcoin and crypto booming in Brazil

The Sao Paulo-based Mercado Bitcoin had recently reported clocking in over $5 billion in the first quarter of 2021 alone, the advantage being the bull market. This dwarfed the previous trading volume of $1.2 billion that was registered for all of 2020.

Bitcoin’s appeal in the country was also reflected in Bitcoin ETF that went live last month.

Unsurpsingly, the demand and interest has reached unprecedented levels in Brazil as it is for most of part of the world. Regulatory entities in the country, however, have yet to catch up. For instance, the crypto industry in Brazil remains largely unregulated even today. Due to those regulatory uncertainty in the country, crypto business have suffurred a lot lately. One of the major factors was the local banks reluctance to work with crypto platform.