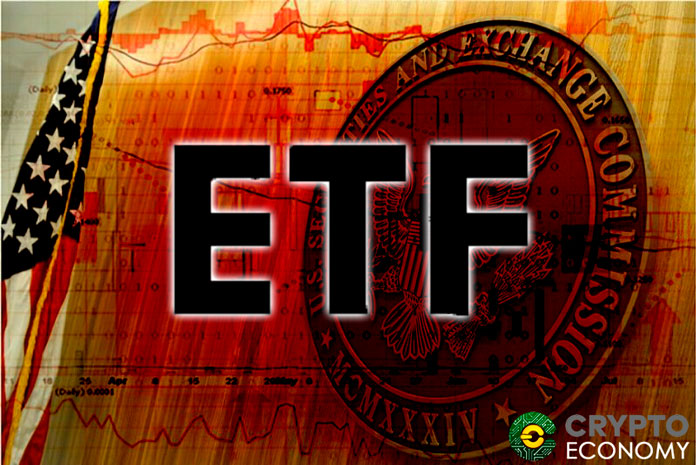 The US securities regulator Securities and Exchange Commission (SEC) has only two qualms about accepting a Bitcoin Exchange Traded Fund (ETF). According to the SEC Chairman Jay Clayton, the commission is yet to be satisfied with the current applicants’ offerings about custody and market manipulations. Clayton shared the commission’s stance towards Bitcoin and cryptocurrency in general during a Thursday morning interview with the CNBC.

We’re engaging on this, but there are a couple of things about it that we need to feel comfortable with. The first is custody: custody is a long-standing requirement in our markets, and if you say you have something you really have it.

Custody has been an impediment to most US-based crypto startups even those backed by highly reputable establishments such the NYSE parent company ICE. Bakkt, a Bitcoin futures platform that promises to settle contracts in physically delivered bitcoins has been kept from launching for several months because the financial regulator Commodities and Futures Trade Commission is yet to be satisfied with the state of custody provided by the startup despite being backed by a big name in Wall Street. As a side note, Bakkt CEO Kelly Loeffler announced last month that they will be launching “on a federally regulated futures exchange in the coming months.”

Clayton also revealed that other than the issue of custody, is that:

We have sophisticated rules and surveillance to ensure that people are not manipulating the stock market, those cryptocurrency markets by large do not have that; And we’re working hard to see if we can get there, but I’m not just going to flip a switch and say this is just like stocks and bonds, because it’s not.

It ironic that the commission feels this way about the cryptocurrency market and yet they are treating the market just like they do stocks.

This week, the commission took to court a social media company named Kik over the sale of the platform’s native tokens, which the commission alleges are securities. Kik sold $100 million worth of KIN tokens during their 2017 ICO without registering with the SEC and now the commission is seeking court injunction for the company to reimburse its investors and pay interest on top of fines for the offense. This is the kind of action that a stock company could be subjected to if it sold its stock to the public without registering with the SEC but Kik offered cryptocurrency which Clayton claims (rightfully) that it is neither a stock nor a bond and should not be treated as such.

0
Decentralized finance (DeFi) has gained tremendous popularity over the past several months. Many crucial industry players have acknowledged the potential of the space. It...
Read more
CryptoCurrency News