Bitcoin At A Risk Of Huge Bearish Reversion Despite Nearing $60K 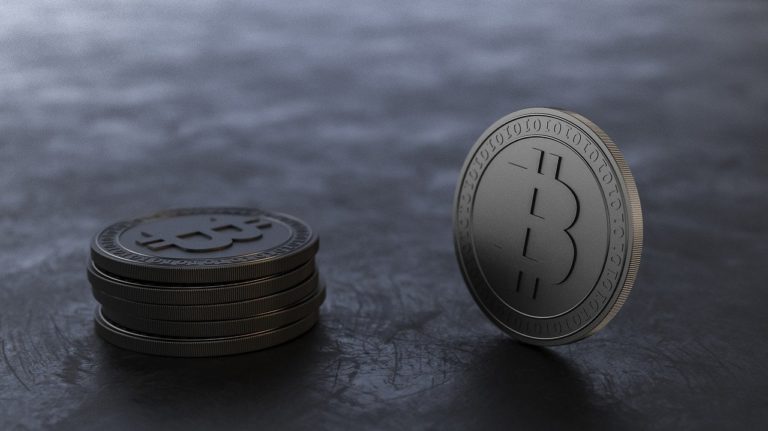 Bitcoin’s [BTC] road to recovery has not been filled with many upticks. The price action over the week has been quite choppy. However, the world’s largest crypto-asset is at a stage where it eyed to recoup the lost gains. While Bitcoin did near $60,000 yet again, there could be another huge pullback in the offing before it climbs new heights. 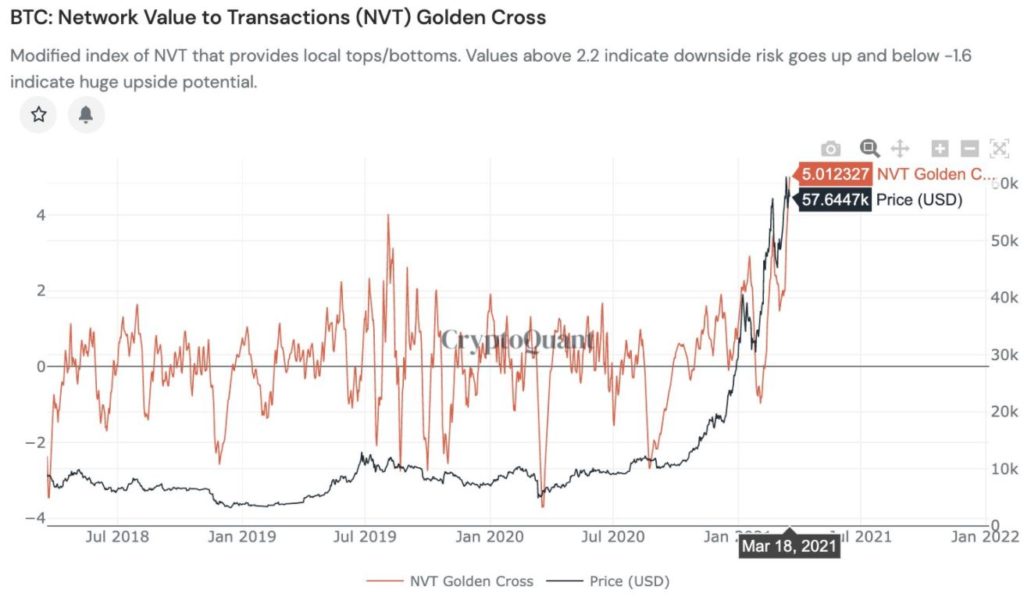 According to the platform, the upper threshold is set at 2.2 and the lower threshold at -1.6 for observing locally overpriced and underpriced network status. Since the value on the above chart is far above 2.2., there is a major downside risk for Bitcoin.

This essentially signified that Bitcoin was overvalued at the current price level. Hence, there could be a chance that the traders in the market could short it thereby intensifying sell pressure.

However, another indicator depicted a completely different story. 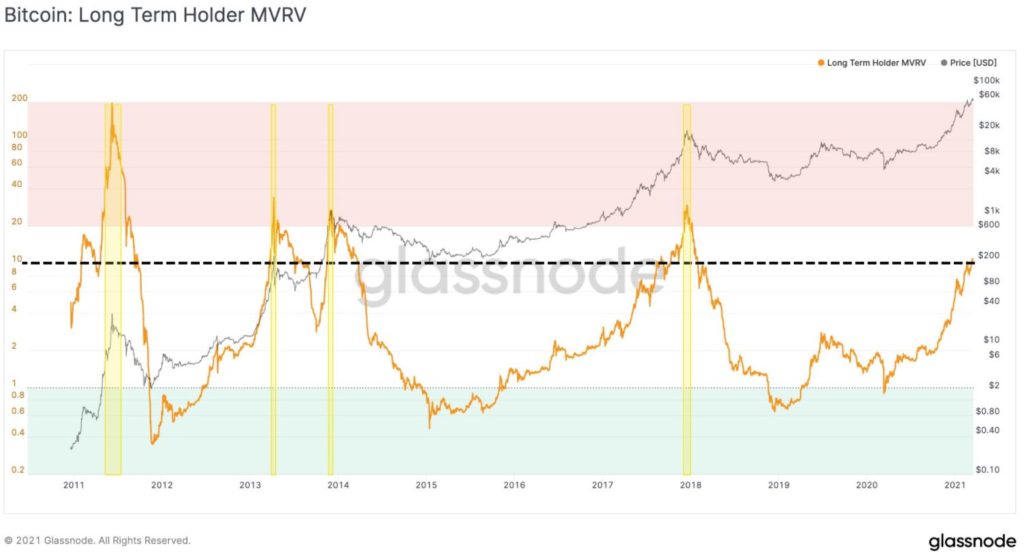 During phases like these, metrics such as Long-Term Holder MVRV can potentially indicate the change in sentiment and forecast changes in a crypto asset’s price surge. Let’s look at previous situations. When the MVRV was found to be at 20+, it helped in gauging the tops in Bitcoin’s market during previous bull runs.

It can be noted that from Bitcoin’s 2013 price rally to 2017’s brief bull run, tops can be clearly located on the above chart. But what is the scenario like at the time of writing?

According to Glassnode, the MVRV was at 10, meaning this is half of what 2017’s level was. This indicated that there is room for more appreciation in the crypto asset’s price in the near-term.

“Long-Term Holder MVRV at 20+ has been a good indicator of Bitcoin market tops in previous cycles. Currently, at 10, it indicates room for more upwards movement. BTC was trading at ~$4,500 at these levels in 2017 – and made another 4.4x to the peak.”

While it is true that Bitcoin is battling resistance at around $58,000 with a lower support point that continued to lure in buyers, the long-term technicals tilted towards bearish.

However, if there is indeed room for more upside and the cryptocurrency manages to break $60,000 there is a high chance that it could cross its recently established peak again to go on a discovery run.