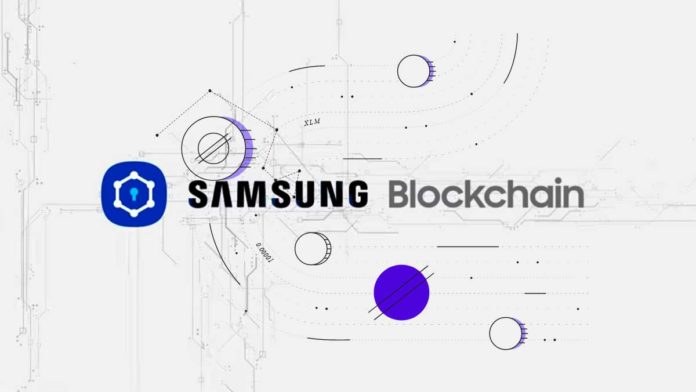 The Stellar Development Foundation (SDF) has announced that the Stellar Blockchain is now integrated into the Samsung Blockchain Keystore.

The SDF announced the news in a press release published on Wednesday, July 15th. According to the announcement, Stellar’s blockchain services are available through the Samsung Blockchain Keystore.

“SDF will collaborate with Samsung to expand and improve the blockchain ecosystem experience for consumers by working with developers who have built on the Stellar network and incorporated the appropriate SDKs into their applications to utilize the Samsung Blockchain Keystore and the integration in their applications. Together, they will partner in an ongoing effort to recruit, onboard, and support developers in the Stellar ecosystem.”

The Stellar Development Foundation (SDF) noted that four Stellar-based blockchain platforms have agreed to adopt the Samsung Blockchain Keystore Software Development Kit (SDK) to make their applications available in the Keystore. They include DSTOQ, SatoshiPay, Litemint, and Nodle.

The SDF, founded in 2014, is a non-profit organization that oversees the development and growth of Stellar Network. The foundation maintains Stellar’s codebase and regulatory affairs. It also invests and supports businesses building on the network.

As Crypto Economy reported, in May 2020, the SDF invested $5 million leading cryptocurrency wallet Abra to facilitate Abra’s integration with Stellar as its blockchain back-end.

“Stellar’s integration into the Samsung Blockchain Keystore is a significant step for our network and the incredible ecosystem of applications built on this platform. Samsung provides a key management solution that is user-friendly and drives greater adoption of blockchain technology. With this integration, we’ve opened up to a new network of users that can benefit from the combined innovation of Stellar and Samsung. It’s just the beginning as we work together to empower more developers and users to leverage blockchain and the capabilities presented by this integration.”

0
Stablecorp partners with VersaBank to issue a Canadian Stablecoin (VCAD) on the Stellar blockchain. It will be the first public stablecoin on the Stellar...
Read more
CryptoCurrency News

0
The tech giant Samsung Electronics is participating in a project for developing a pilot program for Korea's CBDC. The firm will collaborate with the...
Read more
- Advertisment -
Posting....