Home Reviews What is Klaytn Blockchain? A Project by Kakao
FeaturedReviews

What is Klaytn Blockchain? A Project by Kakao 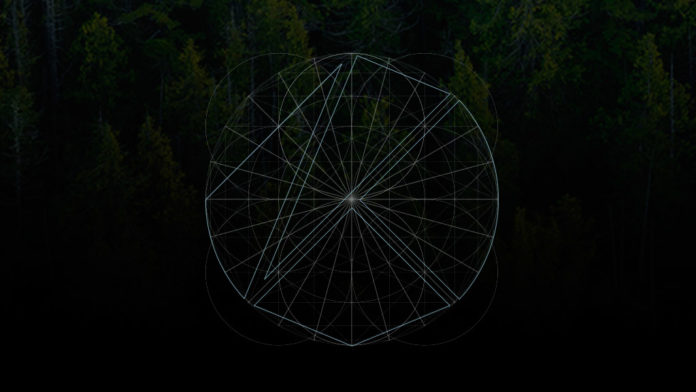 The goal of Klaytn is blockchain mass adoption. There are many public blockchains, but the industry is still unable to gain the expected adoption. The reason is that blockchain technology is currently adopted by small teams but businesses are still reluctant to use this technology.

The team behind the project believes that businesses will drive blockchain mass adoption. So, the project is designed for businesses from the start and mass adoption as its foremost goal. At present, several projects exist on Klaytn. Let’s take a brief look at Klaytn.

What is Klaytn Blockchain?

The main goal of the project is to be an Enterprise-ready and Service-centric platform. To realize its vision, Klaytn provides a comprehensive suite of blockchain application development environments to equip businesses with the capability to create applications that integrate key qualities conferred by the underlying Klaytn public network, including transparency, security, and censorship resistance.

Klaytn uses a Practical Byzantine Fault Tolerance (PBFT), an optimized version of Istanbul BFT, to reach immediate finality. According to Ground X, the platform combines the best features of both public and private blockchain and allows real-world applications of large scale to be produced right away so that our end-users can make full use of services without much expertise in blockchain or cryptocurrency.

According to the documentation, to address the needs of businesses, the Klaytn mainnet Cypress has a 1-second block generation and confirmation time. The network can handle 4,000 transactions per second (TPS) and gas prices are almost 1/10 of Ethereum.

In DX offerings, Ground X tries to ensure that great products are developed and made available on the Klaytn ecosystem. DX offerings provide integrated development environments, blockchain interoperability software, and a developer-friendly platform that could support a reliable throughput at 2,500 TPS and above, immediate responsiveness targeting 1-second finality on each block, and predictable operational costs based on a fixed transaction fee model.

To provide more flexibility and customizability required for businesses, Klaytn provides Service Chain that offers extensive customization for individual organizations. Furthermore, businesses can seamlessly integrate their existing assets, such as business intelligence or analytics tools, with Klaytn to reduce friction in bringing blockchain into the operations process.

The following figure describes the architecture of the Klaytn network.

Klaytn uses a tiered network architecture with role-based node types to optimize the network performance. According to the above image, Klaytn can be partitioned into three logical subnetworks based on their roles and purposes.

As we know, the Klaytn mainnet consists of CCN and ENN. Core Cells Network (CCN) can be further divided into consensus node network (CNN) and proxy node network (PNN).

Each CC of CNN consists of a consensus node (CN) and two proxy nodes (PNs). CNs form a full-mesh network among themselves called CNN. CNN applies the PBFT algorithm to reach a consensus and PNs transmit the transaction requests to the Consensus Nodes, and propagate the blocks down to the Endpoint Nodes.

Bootnodes are special-type nodes operated by Klaytn to help newly joining nodes register to the network and to discover other nodes to connect with.

In Klaytn, there are four types of nodes, CN (Consensus Node), PN (Proxy Node), EN (Endpoint Node), and bootnodes. Bootnodes has nothing to do with the consensus mechanism of Klaytn.

CNs are managed by CCOs (Core Cell Operators) and are in charge of block generation. A ’round’ is a block generation cycle in Klaytn and approximately lasts for one second. CNs collectively form a Council called Klaytn Governance Council and on each block generation, part of them are selected as a member of the Committee using a VRF (Verifiable Random Function). In each round, a CN is selected as the block proposed.

More than two-thirds of the committee signatures are required for a block to be finalized. When the proposer and the committee reach a consensus, the new block is propagated to all CNs (also includes other than committee nodes) and the consensus round ends. The information of this new block is then sent to all network participants by delivering block header and body data to ENN through PNN.

For each round, a block reward, which is a sum of newly minted KLAY and transaction fees, is distributed to the block proposer. The proposer of the newly created block receives 100% of the reward to be awarded to CNs, whereas the committee receives none. The chances of being selected as a proposer depend on the amount of KLAY tokens staked by the CN.

KLAY is the native coin of Klaytn and the internal transferable cryptocurrency of Klaytn and is used to pay transaction fees when creating or executing smart contracts or when transferring KLAY.

According to Klaytn Position Paper:

“KLAY is a necessary element – in essence, the fuel – for operating Klaytn network. It is a form of payment made by the platform users to the consensus nodes (CNs) executing the requested operations. To put it another way, KLAY is an incentive; it ensures that developers write high-quality applications (because wasteful code costs more fee) and that the network remains healthy (Klaytn nodes are compensated for the resources they contribute).”

Consensus nodes (CNs) stake KLAY to join Klaytn Governance Council and propose blocks. The block proposers receive block rewards which are the sum of newly minted KLAY coins and transaction fees collected in form of KLAY. According to CoinMarketCap, the total supply of KLAY is over 10 billion at the time of writing.

The Council members participate in key decisions related to technical updates of the platform including basic structures to new major features as well as updates on economic policy and spending resolution including funding structure, transaction fee policy, and contribution evaluation metrics.

0
NEAR Protocol has launched Nightshade Sharding on mainnet to start its transition to a fully-sharded blockchain and bring limitless scalability to the Near blockchain.
Read more
Reviews

0
Bepro Network has converted itself from a decentralized gaming and betting protocol to a new platform that aims to revolutionize decentralized application (Dapp) development for builders without having a core development team.
Read more
CryptoCurrency News

0
Tezos’ 8th protocol upgrade Hangzhou is underway as the proposal for the upgrade has been announced by the Global Tezos community.
Read more
- Advertisment -
Posting....