DappRadar Says This Is the Most Popular Blockchain-Based Game 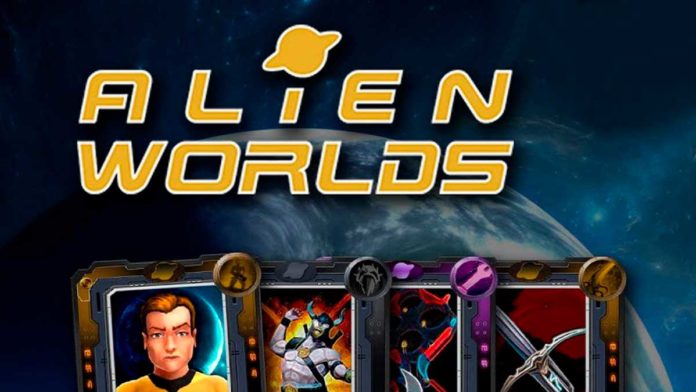 Alien Worlds, a blockchain-based play-to-earn game, is currently the most played blockchain that attracted more than half a million users in the last 7 days.

“Alien Worlds has been confirmed as the world’s most popular blockchain game with around 11 million daily transactions* by over 700,000 MAU (Monthly Active Users)#, according to on-chain smart contract activity tracked by DappRadar.”

According to a blog post by DappRadar on Monday, October 25, Alien Worlds attracted over half a million users in the last 7 days. Alien Worlds surpassed half a million active wallets in the previous week. The game follows Hive blockchain-based card game Splinterlands who attracted nearly 0.6 million active users in the previous week.

According to DappRadar’s statistics, Alien Worlds is currently the number one Dapp on the WAX blockchain and ranks at number 2 in blockchain-based games ranking after Splinterlands. It is important to note that while Splinterlands has been around for years, Alien Worlds was just launched at the end of 2020.

Splinterlands has increased the number of active wallets interacting with its platform by 12% week over week, taking that total to almost 584,000. Alien Worlds has achieved nearly the same stats in just less than a year.

What is Alien Worlds?

‍Alien Worlds is based in a decentralized metaverse and currently operates on several blockchains, including Ethereum, WAX, and Binance Smart Chain (BSC). Trilium (TLM) is the Alien Worlds metaverse’s native utility token, which is extracted by accomplishing in-game objectives. Holders stake their TLM to engage in governance activities.

The project is co-founded by Sarojina McKenna and Michael Yeates, who both worked on the EOS blockchain previously. The game was launched in beta at the end of 2020. In the game, players take on the mantle of a 2055 adventurer.

Alien Worlds is a metaverse spread over seven planets and a player’s goal is to go to distant planets to extract TLM, a valuable mineral in the game. In the journey, they also found mining tools in form of NFTs that improve mining efficiency. There are more than 330 distinct NFTs available for the players to find and collect in the game.

0
The Blockchain game Torque Drift 2 is going to be developed by Grease Monkey Games with the support of Epic Games' Epic Mega Grant. An...
Read more
Companies

0
Dappradar; a leading information and analytics portal for DApps, is now taking Tron DApps on board. This will undoubtedly prove a useful resource for...
Read more
- Advertisment -
Posting....