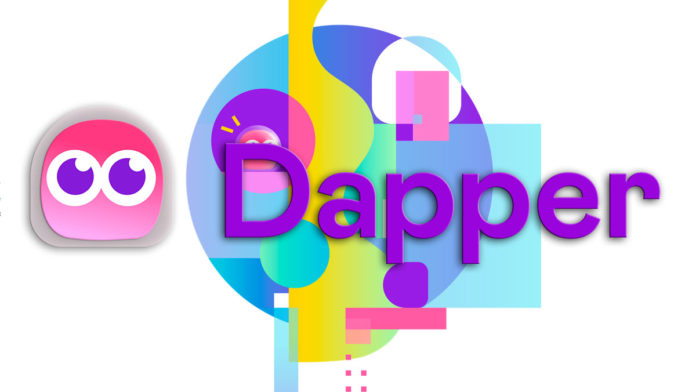 According to CoinList, a platform for digital asset companies to run their token sales, Dapper Labs, the company behind non-fungible token (NFT)-powered collectibles Cryptokitties and NBA Top Shot, has raised a total of $18 million in a community sale and the recent dutch auction,  for the sale native token of their blockchain, Flow.

On Wednesday, October 6, Dapper has completed a Dutch auction. According to CoinList, Dapper raised $9.5 million in this recent auction. This auction allowed investors to place bids at which they are willing to purchase tokens prior to the commencement of the sale.

According to the details, bidding Flow tokens started at $1 at 5 am PT on Tuesday, October 6th. The auction lasted for five hours in which price moved down from the opening price until all of the tokens are sold. There were 700 successful bidders with 50% of them bidding at S1. At the end of the auction, all the participants paid the final settlement price of $0.38.

25 million Flow tokens, 2% of the entire supply of Flow, were sold in the auction with Dapper Labs raising $9.5 million. The tokens purchased through this auction are now subject to a 12-month lock-up.

The auction followed the October 2 community sale in which Dapper Labs sold 10,000 Flow Tokens each at the pre-seed investment price of $0.10 per token to non-US investors. The total raised amount now calculates to $18 million from more than 12,000 investors in over 100 countries.

Dapper Labs has also announced its collaboration with Coincheck, one of the leading cryptocurrency exchange platforms in Japan, to bring CryptoKitties and other non-fungible tokens (NFT) by Dapper Labs to mainstream Japanese users.

Through this collaboration, Coincheck will bring famously-successful and highly-anticipated non-fungible tokens by Dapper Labs to Coincheck’s over 2.1 million users. Furthermore, as part of this partnership, Coincheck will also be working with Dapper Labs to introduce many of the other great applications, crypto art, and branded IPs to Flow blockchain for the Japanese audience.

“The Japanese art, comics, and gaming markets are some of the most vibrant in the world. The era of NFTs is still in its infancy, but the Japanese community has been one of the biggest supporters of digital collectibles. Through this important partnership with Coincheck, a pioneer in our space, we will be able to bring NFTs to a much wider and very passionate audience.”