Home Tutorials Cardano Staking - What Is It And How Is It Done? Complete...
FeaturedTutorials 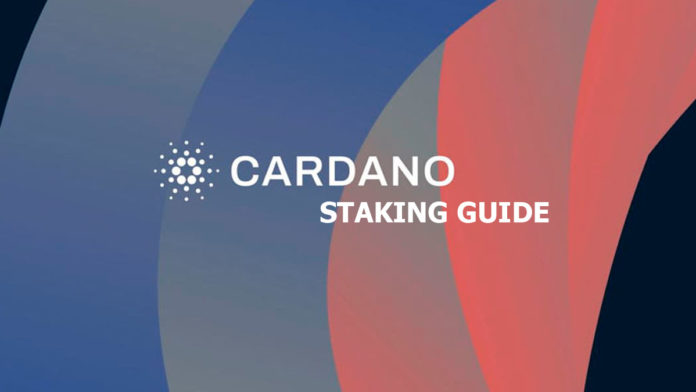 Staking is one of the attractive use cases of cryptocurrencies that acts as a financial incentive for regular users, too. Many platforms provide staking and similar services to users with various intents. Some of them have staking services for earning interest from holdings. Some others provide additional benefits.

Cardano is in the second group that offers an extra option to ADA holders. They can delegate or pledge their stakes in Cardano network to help grow the overall ecosystem and also earn rewards.

What Is The Cryptocurrency Stake?

Staking cryptocurrency, in simple words, means using crypto holding to help the fundamental network operate. Users keep their earned tokens in the main blockchain that allows it to run. They will receive rewards based on the amount of holding and other policies specific to each coin.

Cardano is one of the blockchains that works on a stake system. Those users who keep their ADA coin in the Cardano network are stakeholders. In other words, their coins act as stakes and the size of stake os relevant to the amount of holding. Cardano lets users delegate or pledge their ADA holdings and earn rewards.

Stake Pool Delegation is the option that helps ADA holders earn rewards. They can delegate their ADA to other stake pools or run their own. Cardano has a proof-of-stake protocol called Ouroboros that chooses who adds the next block of the blockchain by looking at the amount of stake delegated to each stake pool.

“The more stake is delegated to a stake pool (up to a certain point), the more likely it is to make the next block – and the rewards are shared between everyone who delegated their stake to that stake pool,” according to Cardano official website.

How Can I Stake With Cardano?

Every ADA holder that keep their coins inside the Cardano blockchain has stakes. They can delegate or pledge their stakest to stake pools. Cardano provides this option to help those users who don’t have the skill or desire to run a node. As a result, they can yet participate in the network without the technical burdens.

Those Cardano users that prefer running stake pools can act as pool operators. They will have the chance to receive pledges and delegations but have to pay the reward stakes to users. 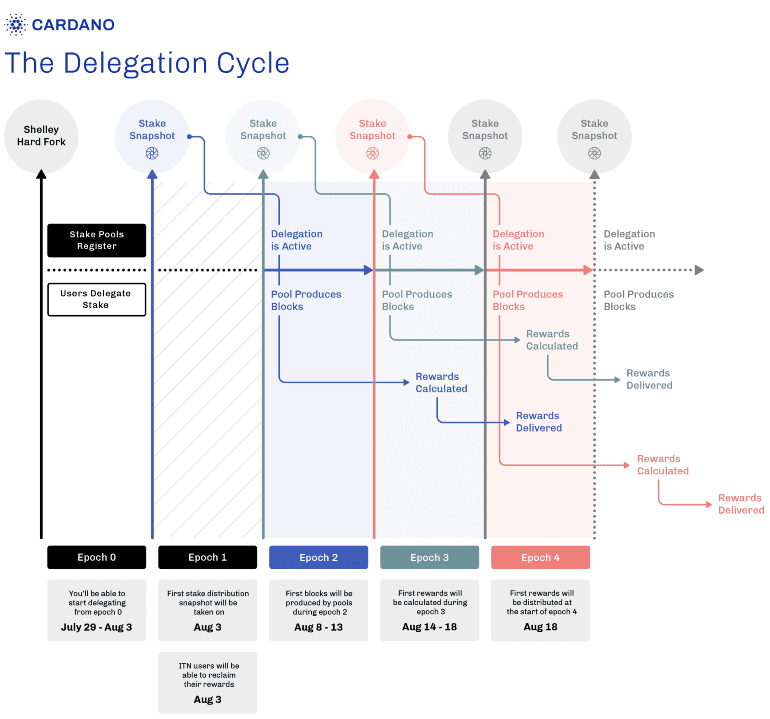 Participate In A Stake Pool

ADA holders can use multiple wallets to participate in stake pools. They have to delegate their ADA holding to the preferred pool. Some wallets support delegating ADA to numerous pools.

Cardano rates staking pools based on their performance and desirability. Users can choose between the top ones to increase their chance of earning block rewards. Based on the wallet you select for staking, there is a list of available staking pools to participate.

Cardano confirmed Daedalus as the first wallet to support stake delegation. You can follow the next steps to delegate Cardano stakes in this wallet (images source: Cardano Foundation) 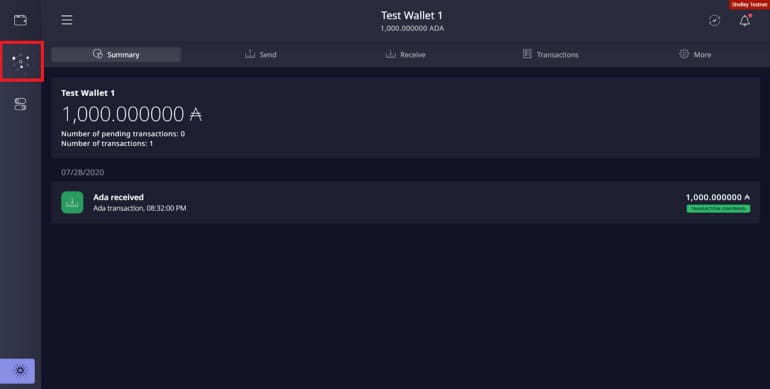 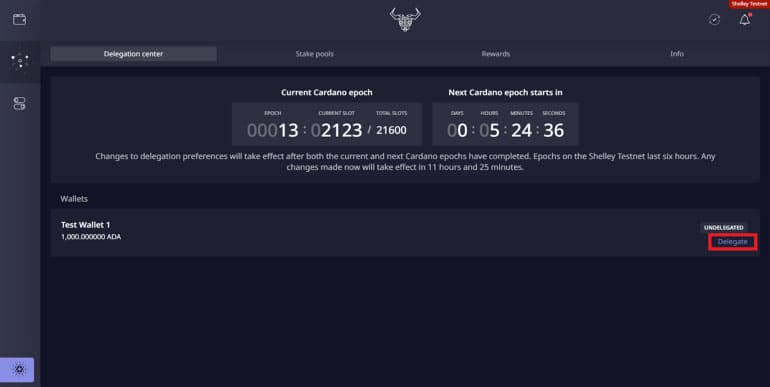 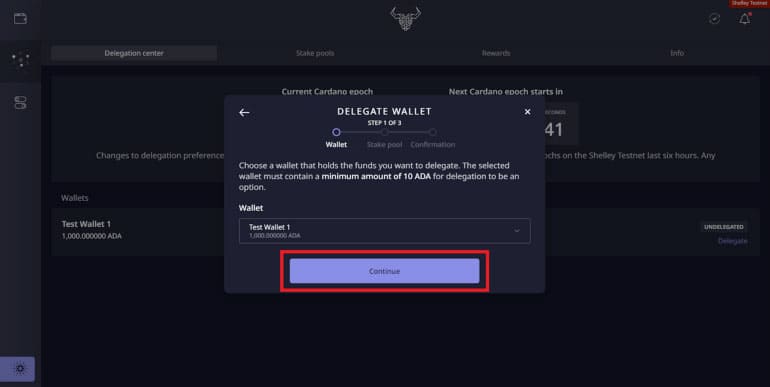 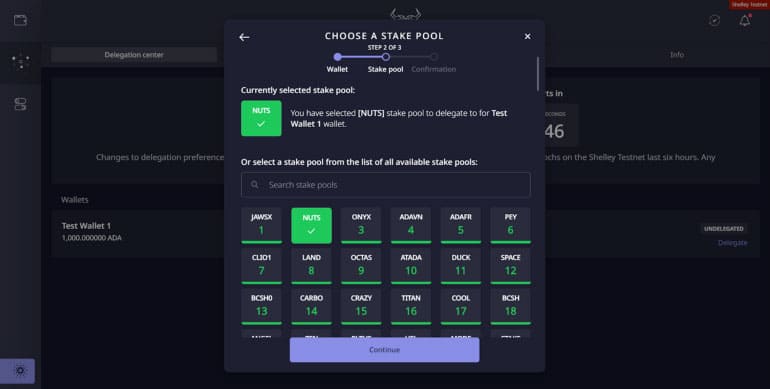 Yoroi is another wallet that supports stake delegation of ADA. follow the step below to delegate ADA in Yoroi wallet: 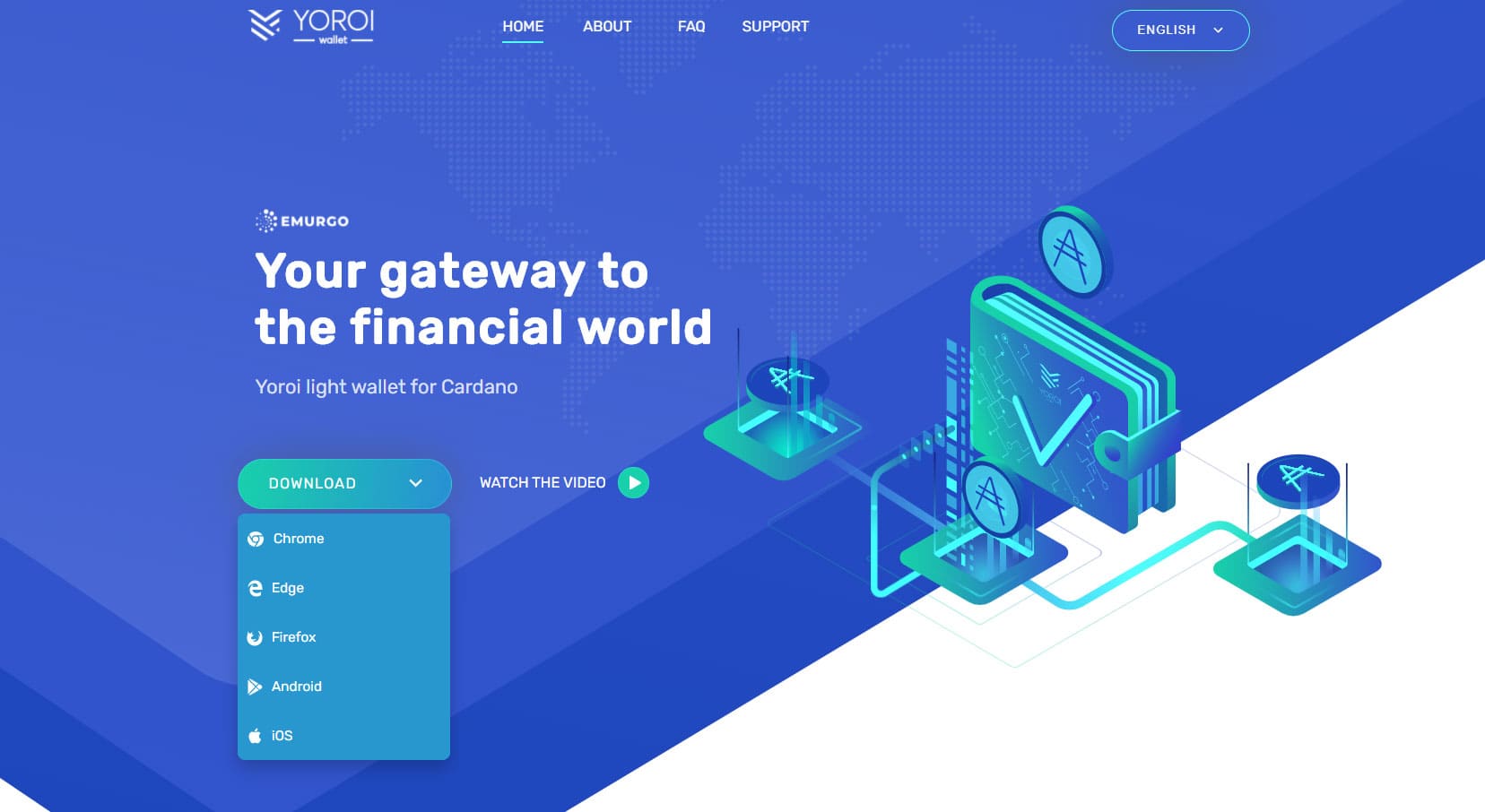 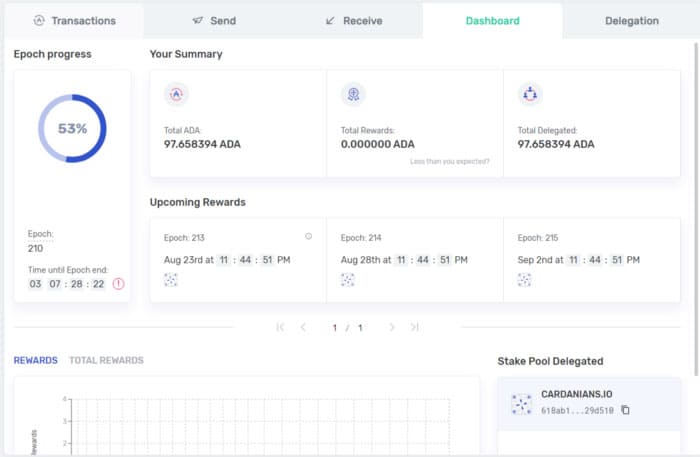 There are multiple ways to stake the ADA holdings that are in a Ledger hardware wallet. Adalite is one of the easiest ways to do so. You can also use Yori to delegate holdings in the Ledger. Follow the steps below to delegate ADA holdings using Ledger Nano wallet and Adalite. 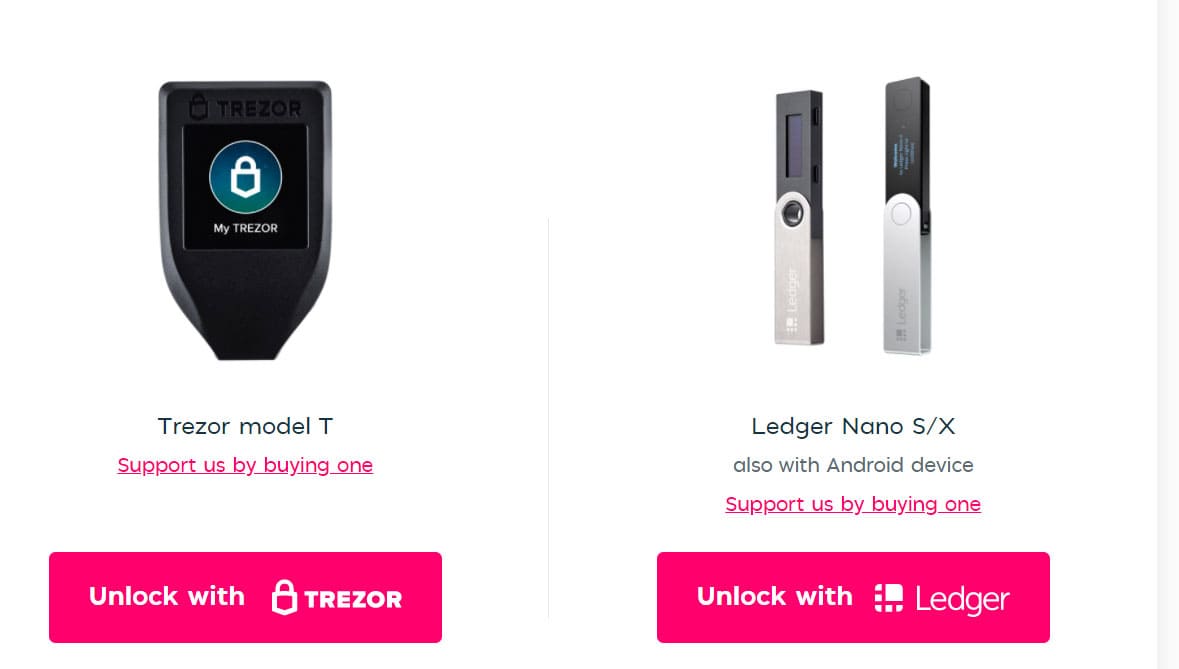 The rewards you receive from your ADA holdings are based on the amount of ADA and:

“actual stake pool performance, which is the number of blocks a stake pool is observed to produce in a given epoch versus the number it was expected to produce. Changes to network parameters may also affect rewards,” according to Cardano.

You can have an estimate of staking reward in the Cardano Staking Calculator.

Staking has always been a great way to earn money from holdings. Blockchains like Cardano that run on a proof-of-stake protocol need more stakes to keep the blockchain operational.

Their incentives and ease-of-use in the supported wallets are significant. Because of the full control you have on your ADA holdings while delegating stakes, it can be a secure and safe way to earn more from your crypto asset.