Home Reviews Cardano What is it and how does it work?
FeaturedReviews

Cardano [ADA] What is it and how does it work? 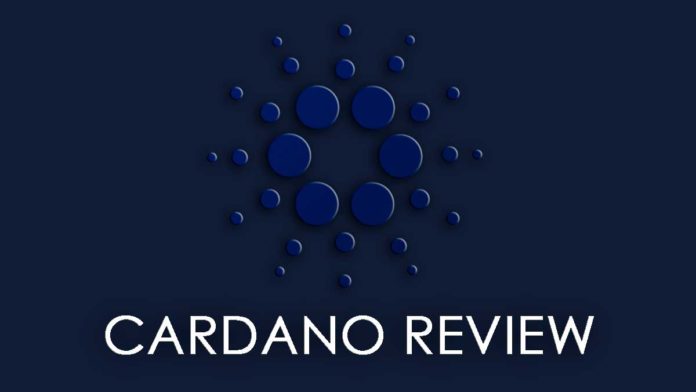 Cardano is a project that was born in 2015 with the idea of changing the crypto ecosystem as it was known at that time, updating and improving existing ideas and projects.

Cardano is a groundbreaking proof-of-stake (PoS) open-source blockchain network designed to be a platform for the large-scale, mission-critical DApps. It claims to be the third-generation blockchain that promises transparency and complete decentralization, the basic property of a blockchain.

In this way they wanted to solve the problems that other crypto projects have encountered, such as scalability, interoperability and sustainability. Unlike other projects, started without a whitepaper or a roadmap to follow.

Its base was a set of ideas, design principles and good engineering practices and has been the first project to evolve from a scientific philosophy.

Its ADA cryptocurrency was created by IOHK together with the collaboration of different universities such as those in Connecticut, Edinburgh or Athens. ADA allows the creation of dApps, smart contracts and tokens.

The ADA cryptocurrency saw the light in 2017, and was named after the revolutionary programmer Ada Lovelace.

This project is formed by a team consisting of 3 perfectly synchronized organizations that work to get the most out of Cardano, the Cardano Foundation, IOHK and Emurgo:

The foundation performs project supervision tasks, collaborates with the standardization and adoption of cryptocurrency.

It also leads public relations and is responsible for strategic partnerships to benefit the project, among other tasks.

Input Output HK, develops and provides services to the ecosystem.

« The mission of IOHK

We view the world as a series of giant and mostly interconnected social graphs with hundreds of complex systems embedded. Our mission is to perturb the graphs to a more connected, transparent and fair configuration for both the flow of ideas and value.. »They state on their website

Emurgo is a commercial organization that finances and supports innovative applications that run in the blockchain of the project.

“An important innovation of Cardano is that it will balance the needs of users with those of regulators and, in doing so, combine privacy with regulation.

Cardano’s vision is that its new regulated computing style will bring greater financial inclusion by providing open access for all to fair financial services. ”, they say on their website.

With this data we can compare Cardano, with a mixture between Monero, Bitcoin and Ethereum.

Cardano uses an algorithm known as Ouroboros that claims to be able to defend itself against attacks that can affect a blockchain while keeping the door open for further development.

Ouroboros tries to protect the privacy of users and also create «side chains».

In addition to this, the project aims to launch an ADA debit card, which comes with its wallet, Daedalus.

The attempt is to create the general adoption of the ADA cryptocurrency to be used in the traditional economy with ease.

One of Cardano’s differences with other cryptocurrencies is that there are significant alliances with private organizations and governments that will give life to the project in a different way from the others.

The central organization behind the project is the Cardano Foundation.

They have selected a well-known group of experts (Distributed Futures of Z / Yen Group) to partner with a research program in blockchain applications to improve the Cardano and Ada Protocol.

This association will try to cover the proof of concept and the pilot tests.

Two joint research papers on smart accounting books have already been published, which the Dutch government is trying to use in its blockchain work.

The association tries to directly affect banking, commerce and insurance, and will interact with regulators, investors and policy makers.

In general, the Cardano project could be the new standard blockchain protocol, and its great potential is the link between all crypto projects and the status quo.

Cardano is one of the first attempts to create a comprehensive protocol to launch the blockchain to real-world practicality and its general adoption.

Cardano is being developed into a decentralized application (DApp) development platform with a multi-asset ledger and verifiable smart contracts, and to achieve this, it has defined five development era called the Cardano Roadmap.

The first development stage was the Bron era that started with the mainnet launch of Cardano in 2017. Byron laid the foundation of the Cardano protocol for the crucial technology developments.

The Byron era was completed in 2018 and brought the main blockchain network with the ADA, the native cryptocurrency of Cardano. In this development stage, Cardano allowed users to buy and sell the ADA cryptocurrency.

Daedalus Wallet, IOHK’s official desktop wallet for ADA, and Yoroi Mobile Wallet, a light wallet from Emurgo designed for quick transactions and day-to-day use, was also delivered in the Byron Era.

While the Byron era was about the foundation, the Shelley era is a period of growth and development for the network. The work on Shelley also started in 2017, and on June 30, 2020, the company released Shelley code. The Shelley mainnet hard fork will take place on July 29, 2020.

The transition from Byron to Shelley will see Cardano growing into a fully decentralized and autonomous system where most of the nodes will be run by the community. Stake pool and stake delegation are also enabled in Shelley. According to Cardano, at the end of the Shelley era, its network will be 50-100 times more decentralized than other large blockchain networks.

The Goguen era will introduce smart contracts in the network add the ability to build decentralized applications (DApps) on Cardano. The work on Goguen is underway in parallel with Shelley.

To create and execute smart contracts on the network, the Goguen era has developed Plutus, a purpose-built smart contract development language, and execution platform using the functional programming language Haskell.

The Basho era will improve the scalability and interoperability of the network. The main development goal of Basho is the introduction of sidechains to the network. Unlike the first three eras which focus on new functionalities, Basho is all about improving the underlying performance of the Cardano network.

Finally, the last development era will focus on making Cardano a sustainable network by adding a governance model and treasury system.

The governance model will allow stakeholders to vote on Cardano Improvement Proposals presented by the network participants. The treasury system will pool a small portion of all transaction fees that will be used to provide funds for development activities, thus making Cardano a sustainable network.

Cardano is a first third-generation blockchain which emerged from a research-first approach. Cardano uses ADA as its native cryptocurrency token. Although ADA is in the center of the Cardano ecosystem, the reason for its existence is not clear. It is important to understand the importance of cryptocurrency for every newcomer or veteran of Cardano.

In this post, we will go through the reasons for which ADA is very critical for the Cardano ecosystem and how EMURGO is supporting to build a mature Ecosystem.

ADA Cryptocurrency is required for Staking

Staking exists because it is a proof-of-stake (PoS) blockchain. To understand this, we can use the example of a supermarket. There are multiple checks in a supermarket and each checkout is run by a cashier. They scan goods and are rewarded with money or pay for doing this job.

In the Cardano ADA ecosystem, each cashier is called a stake pool operator and each checkout is a stake pool. A basket of goods can be taken as a bunch of transactions.

These bunch of transactions is grouped into a block and then they are added to Cardano Blockchain permanently. These blocks are scanned by cashiers and are validated to be correct.

The Cardano supermarket can support 1000 cashier and checkouts. These cashiers use special equipment to keep the blockchain up-to-date and to operate a checkout 24/7. People earn ADA from staking as an incentive machine

ADA cryptocurrency allows the transfer of value in Cardano Ecosystem

When they are rewarded with ADA, the cashiers have the choice of transferring or holding on to it. The stake pool operator and stake delegates, the people who help the cashier and anyone else who own ADA can transfer value to anyone who has an ADA address.

They only need to know the public address of the person to whom they are sending value. This is much like sending values to an email address.

EMURGO developed a Yoroi ADA wallet and they are updating it constantly for Android, iOS, Chrome, and Firefox to make ADA transfer a simple and secure experience for all users and customers.

ADA Cryptocurrency will be needed for Smart Contracts

Cardano Foundation has planned a feature called smart contracts in the upcoming future. Every transaction we make tells a story and smart contracts write the scripts for these stories. ADA will be the actor for this script.

This native currency of the Cardano system will also be needed for Cardano’s treasury. So we can conclude that at first glance, the role of ADA is not always clear but there are many important functions that this native cryptocurrency will play in Cardano Ecosystem.

Cardano is a third generation cryptocurrency, which has earned with its effort placing itself on the top of the crypto ecosystem.

A decentralized, scalable, interoperable and sustainable system are some of the characteristics that make Cardano a project to take into account and not lose sight of.