Bithumb will List TRX: TRX/BTC and TRX/USDT will Be Available for Trade on September 3 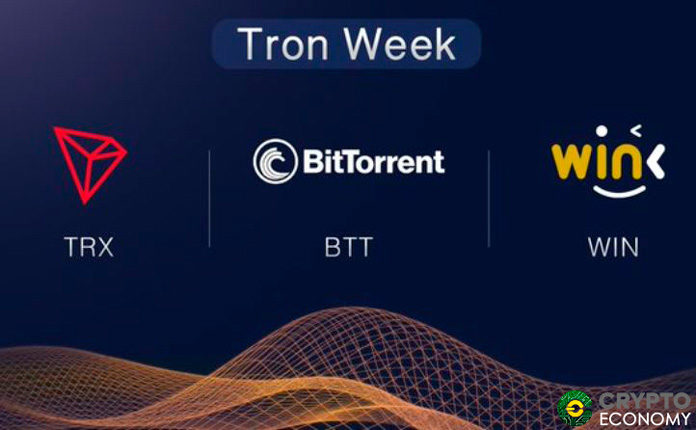 Monday came with a good news for Tron Network as Bithumb Global, a South Korean worldwide distributed digital asset exchange, will list three tokens associated with Tron Foundation. The announcement was made through a tweet on September 2, 2019, by the CEO of Tron, Justin Sun. The tweet announces the listing of Tron’s TRX on Bithumb Global and users to trade TRX via two trading pairs that are TRX/BTC and TRX/USDT. Tron will be available to trade from 3 September 2019, after 15:00 Singapore Time (SGT). Twitter account of Bithumb Global also made this announcement on September 2, 2019. Bithumb Global’s tweet reads:

BOOM! TRON Week is coming! We are very excited to announce that BithumbGlobal will list $TRX, $BTT, $WIN this week.

The good news is that besides TRX, Bittorrent’s BTT and unique TRC20 WIN tokens will also be available for trade. Details for these listings can found on Bithumb Global’s announcements page. All three tokens will be paired with BTC and USDT.

Bithumb Global is trying very hard to make the listing of TRX/BTT/WIN on its network a huge success and so is not leaving any stone unturned to exploit maximum participation. According to another tweet by Bithumb Global, the exchange will hold a 30,000,000 WIN Grand Prize Pool event. The announcement page of Bithumb Global, about this event, reads:

To celebrate the official listing of TRX/BTT/WIN on Bithumb Global，we will hold a “30,000,000 WIN Grand Prize Pool” event, for community participation!

The event will continue from September 2 to September 11 and the winners will be announced on the official website on Sep 13, 2019. Rewards will be distributed within 3 working days after the winner’s announcement. Each winner will receive a maximum of 50,000 WIN. During the event, 10,000 WIN will be given for making a net deposit of a specific amount for three listed tokens. This amount is 20,000 for TRX, 550,000 for BTT, and 1,000,000 for WIN.

Despite losing prices, TRX’s popularity is increasing. It has seen a 13.79% loss in prices over a period of seven days but it has shown its dominance in DApps count. According to Tron weekly report from 24 August to August 30, Tron is just behind EOS in total DApp number with a growth rate of 27 percent, and soon it will take EOS.

0
Bithumb, the largest South Korean crypto exchange by trading volume, has been raided by the Seoul police. According to a report by a local publication,...
Read more
CryptoCurrency News

0
Justin Sun-owned BitTorrent, the leading company in peer-to-peer protocols and products, has now entered the DeFi space through its alliance with JUST, a TRX-based...
Read more
Companies