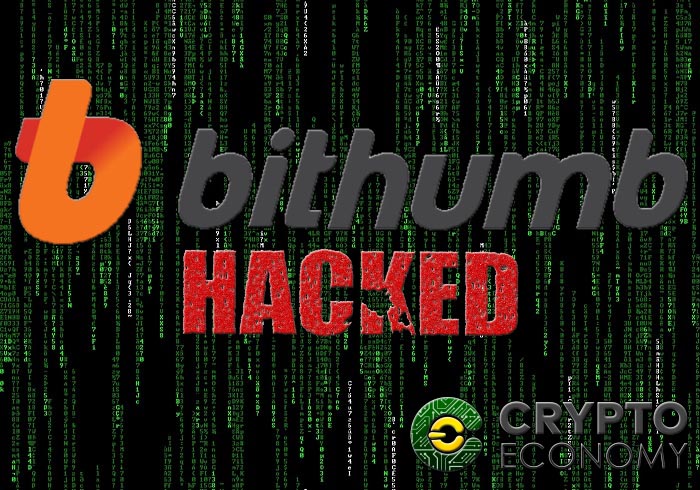 Just a few days ago it was announced that Conrail had been hacked and several million cryptocurrencies had been stolen, this time the affected was Bithumb, the South Korean exchange, and the amount stolen could exceed 30 million dollars.

“All deposit and withdrawal services will be halted to guarantee the security. We will keep you noticed of the service restart. We apologize for any inconvenience and thank you for your understanding.”

The controversy, the doubts and the indignation of the users has come when the exchange had eliminated a tweet where in addition to announcing the suspension of income and withdrawals, the amount stolen during the hacking was indicated, they said that the stolen tokens would be covered by bithumb and that their assets would be transferred to a cold wallet for their security. 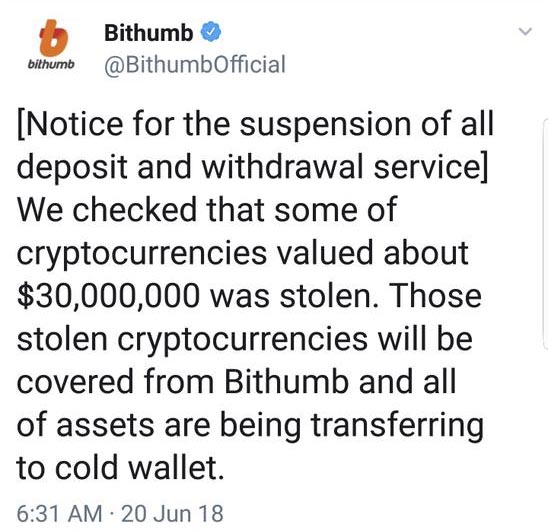 As always a news of this type ends up being reflected in market prices more or less, fortunately for investors this time it has only seen a small drop in values ​​around 1% that has just started to recover.

“Bithumb urgently asks our valued customers not to deposit any funds in the Bithumb wallet addresses for the time being.”

Security in the exchange offices:

It is evident that one of the biggest problems that both investors and cryptocurrency exchange houses are encountering are hacks. On the one hand, investor insecurity prevents them from depositing and maintaining their cryptocurrencies as much as possible from wallets of the exchange houses.

On the other hand exchanges are forced to modify and improve the security of their wallets constantly (although apparently some exchanges are only taking action when it is too late).

The Exchange of cryptocurrencies located in South Korea, according to Coinmarketcap is in the top 10 of exchange houses by volume of movements in the last 24 hours.

0
Bithumb, the largest South Korean crypto exchange by trading volume, has been raided by the Seoul police. According to a report by a local publication,...
Read more
Companies

0
Despite the hostile operating environment in India, South Korea’s biggest cryptocurrency exchange Bithumb is looking to engage the Indian government on establishing itself in...
Read more
Markets

BK Global Consortium Deal to Purchase Bithumb could Be Off

0
A deal signed last year between BK Global Consortium and BTC Holding Company for the former to purchase Bithumb might not go through as...
Read more
- Advertisment -
Posting....