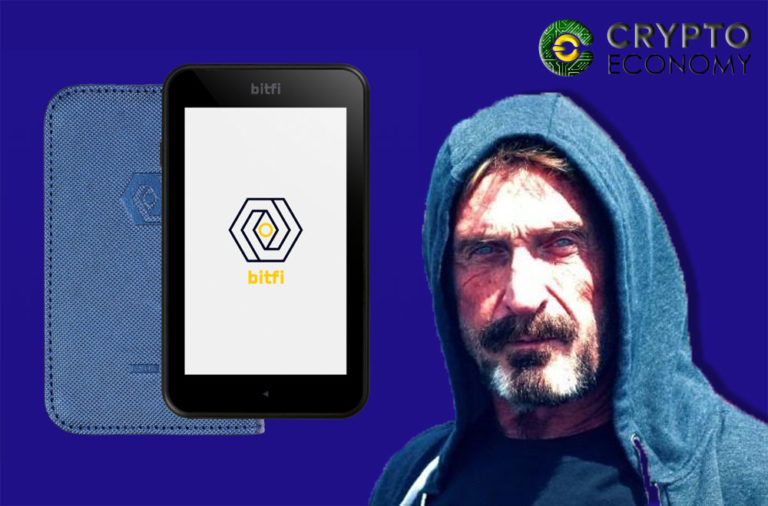 The past few years of an unprecedented rise of cryptocurrency’s popularity has hardly been a honeymoon between cryptocurrency exchanges and their enthusiasts. The high-tech nature of the crypto space has come with its fair share of cybercrime, evidenced by the rise in hacking incidents where millions of dollars have been lost.

Some cybersecurity company’s seem to have recognized the vulnerability of the cryptocurrency space to hackers and are beginning to take the necessary steps forward. John McAfee, the founder of the first commercial Antivirus Software, McAfee, seems poised to join the fight against hackers by teaming up with BitFi, a hardware Wallet Company.

The team has so far managed to launch an ultra-secure wallet John McAfee boldly describes as ‘unhackable’. To use the term ‘unhackable‘ with reference to a wallet in a highly digital space like cryptocurrency may easily be dismissed as overly bold and daring, but considering the man’s impressive record on cyber security with a leading antivirus software, we may as well be tempted to bury the skepticism and anticipate exciting times ahead.

How my https://t.co/VJ7qrOxQqL wallet helps me cross international borders, freely and safely pic.twitter.com/Oi6Mtwn6x0

The anticipated wallet is expected to support most of the established and well known cryptocurrencies in addition to Monero which was still yet to breakthrough into any hardware wallet to date. John McAfee announced his union with BitFi at the launch of the wallet while openly expressing his commitment to foster the adoption of blockchain technology and cryptocurrencies in a way that eliminates the risks associated with the digital world.

Later on, the icon twitted in an affirmative way saying,

” Not only is my Bitfi wallet unhackable, you can store your entire net worth in your brain, without a trace of anything anywhere. Imagine walking around with all your money in your brain? This was never before possible.”

From BitFi’s perspective, there seems to be a lot of confidence in the wallet as a combination of utter security and user-friendliness. The company’s website explained:

”Safer than in any bank vault on earth and even though it is a sophisticated instrument, operating it is as easy as using an ATM machine.”

If these words hold to be true, the wallet seems to be the potential solution for providing cutting edge security to the ardent cryptocurrency user who doesn’t have average or advanced technical skills at his disposal. Additionally, the McAfee-BitFi team revealed plans to extend the number of supported cryptocurrencies to accommodate extra functions including quick balance checks and user switching in between cryptocurrencies.

Delving deeper into what exactly makes the wallet unhackable, the team revealed a number of notable measures,