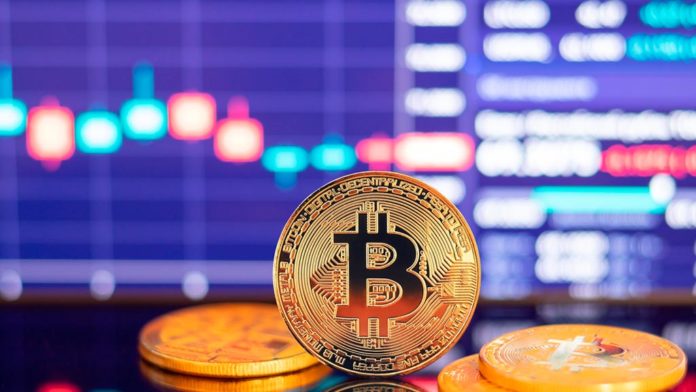 Today, almost anyone familiar with the internet is aware of the word Bitcoin (BTC). As a quick reminder, Bitcoin is a digital currency but without a centralized authority to control its operations. It uses blockchain technology as its underlying technology.

As no central bank or single administrator is in control of Bitcoin, it enables a new kind of payment system where money can from user to user on the peer-to-peer bitcoin network without the need for intermediaries.

Bitcoin came into existence in 2009, and the first real-world transaction occurred in May 2010. As it is a currency, its price has always been the topic of discussion. In February 2011, Bitcoin’s price crossed the $1 threshold for the first time. In 2021, Bitcoin nearly touched $70,000.

2021 was the transformative year for Bitcoin and the whole crypto market. Take a look at some 2021 highlights for the crypto king.

Bitcoin first attracted massive attention during the 2017 ICO boom when it nearly reached $20,000 in December. This digital coin then remained dormant for the next three years. The cryptocurrency started 2021 with a strong performance and saw a rapid increase in both adoption and interest throughout the year.

The digital currency outperformed other asset classes in 2021, including commodities, stocks, and gold. The key to this massive start was several factors.

These price gains were fueled by the US electric automaker Tesla’s involvement when, in February 2021, it announced a $1.5 billion investment in Bitcoin. Then it added Bitcoin as a payment option for its vehicles, pushing the price above $60,000.

Payment giant PayPal also added support for Bitcoin other and crypto-assets. Many US banks and financial institutions also got into this business.

As Crypto Economy reported, Bitcoin gained the status of national currency in El Salvador in September 2021. The central American country has developed a national Bitcoin Wallet known as Chivo.

The Arrival of Bitcoin Futures ETF

Bitcoin exchange-traded funds (ETFs) have remained the topic of discussion through 2021. There have been many filings with the US Securities and Exchange Commission (SEC) to launch Bitcoin-settled ETFs but the regulator remained unattracted.

However, the SEC did open its door to Bitcoin ETFs but with strict rules of mutual funds. After SEC Chairman Gary Gensler signaled an openness to Bitcoin Futures ETFs, a watershed moment came for Bitcoin when ProShares Bitcoin Futures ETF BITO made an astonishing debut on New York Stock Exchange (NYSE) on October 19, 2021. The ProShares Bitcoin Strategy ETF BITO generated an astonishing $1 billion in volume and over 24 million shares traded on its very first day.

The price of bitcoin topped $63,000 on October 19. Bitcoin was at its last all-time high (ATH) of $68,789 on November 10, 2010, with the total cryptocurrency market cap reaching a new all-time high of $3 trillion, according to the data compiled by CoinMarketCap.

It was easy to predict a $100,000 Bitcoin price late last year, coming off its latest all-time high in November. With Bitcoin’s big fall since then, the prediction game is even trickier. Bitcoin has had a bad start to 2022. January 2022 was the month of a bear market as Bitcoin went as low as $33,184 on January 24.

These price levels were the same as were at the start of 2021. However, February has brought some great news for Bitcoin and the crypto sector. 2022 is expected to bring further growth to the cryptocurrency market and Bitcoin in particular as governments around the world have changed their attitude towards cryptocurrencies and friendly regulations are coming.

According to experts, $100,000 is the most achievable target in 2022. Some key factors making this prediction possible include Inflation, now at a near-40 year high in the US, which will further drive Bitcoin’s reputation as a store of value and hedge against inflation.

According to data from the digital asset management firm CoinShares, Bitcoin adoption has been increasing at an annual rate of 113%. Gemini’s latest “State of U.S. Crypto Report,” reveals that 21.2 million Americans own cryptocurrency of some kind.

More bullish predictions say that the crypto king will reach $200,000 in the second half of 2022. Many experts are hesitant to predict a number and a date, but rather point to the trend of Bitcoin increasing its value over time in a “volatility in the short-term and growth in the long-term” manner.

Regulators are reacting to the rapid expansion of the cryptocurrency markets. After the initial hesitance, regulators have recognized that cryptocurrencies could play a role in economic development.

As China has decoupled the crypto sector from its territory, other nations are gearing to embrace this burgeoning technology. The US has already passed an infrastructure bill requiring all crypto exchanges to notify the IRS of their transactions.

The fresh breeze for Bitcoin is coming from Russia where an upcoming law will regulate Bitcoin as a currency that can be possessed and used within regulated organizations in the country. New laws are expected to take effect in the second half of 2022 or from 2023. These friendly regulations will certainly help the coin to surge to new highs in 2022.

The Arrival of Spot Bitcoin ETFs

While 2021 saw the first launches of several Bitcoin-linked ETFs, a “Bitcoin only” one is what many investors and analysts are hoping for in the US. Investors and investment managers have anxiously been awaiting a decision from the SEC on the approval of Bitcoin ETFs.

Although the SEC has not softened its stance on spot Bitcoin ETFs, many believe that one will hit the US market until the second half of 2022. Experts believe that asset managers and issuers will finally be able to convince the Securities and Exchange Commission (SEC) about the security and the efficiency of ETFs tied directly to Bitcoin.

There is much anticipation that SEC will approve at least one spot Bitcoin ETF in 2022. If this iconic moment is destined to come in this year, the $100,000 milestone will be very much in reach.

Bitcoin’s huge 2021 was fueled by the likes of Tesla and El Salvador adopting the cryptocurrency. 2022 is expected to bring more institutional adoption to Bitcoin. Wall Street giants and institutional investors are hinting at strong demand for crypto and are rushing to meet clients’ demand for bitcoin and cryptocurrencies.

February 2022 has already had experienced this trend as reports suggest that the world’s largest asset manager BlackRock is getting ready to offer cryptocurrency trading services to its more than 15,000 institutional clients.

Furthermore, more countries are in the line to make Bitcoin a legal tender. Several media reports suggest that Cuba, Panama, Paraguay, and Ukraine are most likely to follow El Salvador’s example.

0
Bitcoin prices recovered on September 22, rallying from $18.5k. However, BTCUSDT remains within a bear breakout formation.
Read more
- Advertisment -
Posting....
We use cookies to ensure that we give you the best experience on our website. If you continue to use this site we will assume that you are happy with it.OkPrivacy policy