Bitcoin Is Back Above $50K; Accumulation Picks Up Again 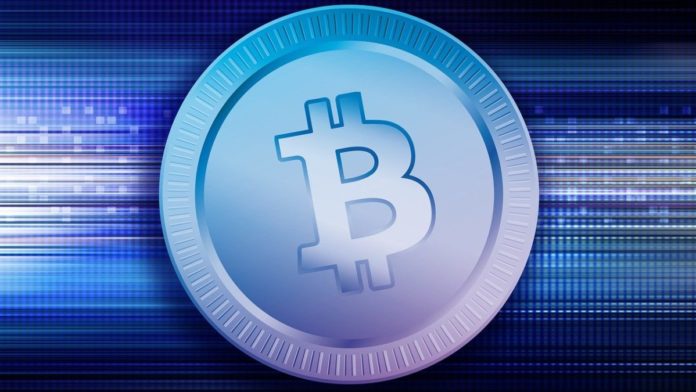 In a fresh relief rally, Bitcoin has, once again, breached the coveted level of $50k on the 3rd of March. The digital currency climbed by nearly 12% over the last 24-hours to reach the weekly high above $52,000.

It underwent a minor retracement hours after soaring to the aforementioned level. This pullback could be due to a mild selling pressure that transpired as the cryptocurrency established a local top, more than a week later.

Nevertheless, it was still above the psychological support level and was exchanging hands at $50,940, at the time of writing. The bullish momentum appears to have flipped the sell-off that intensified earlier last week.

The uptrend for Bitcoin has resumed at a time when it is being supported by major institutions across the world. More tailwinds for Bitcoin’s price action have come from several positive news that broke throughout the week. The world’s largest crypto-asset has been notoriously volatile, but it may soon become a mainstream investment.

The entire cryptocurrency market took a downturn last week after Bitcoin surged as high as $58k. The drop was the biggest in the crypto-asset’s history. The recovery was, however, smooth as institutions remained unfazed and kept pouring in capital to the coin market.

It is without a doubt that Bitcoin has been slowly leaning towards the mainstream. Thanks to its rising popularity among retailers and a growing number of corporates alike, it has established a fair share of supporters who were previously naysayers.

As the market recuperated, it can be speculated that there is indeed a wider scope for the vertical growth of its market capitalization that eyes a whopping figure of $1 trillion. 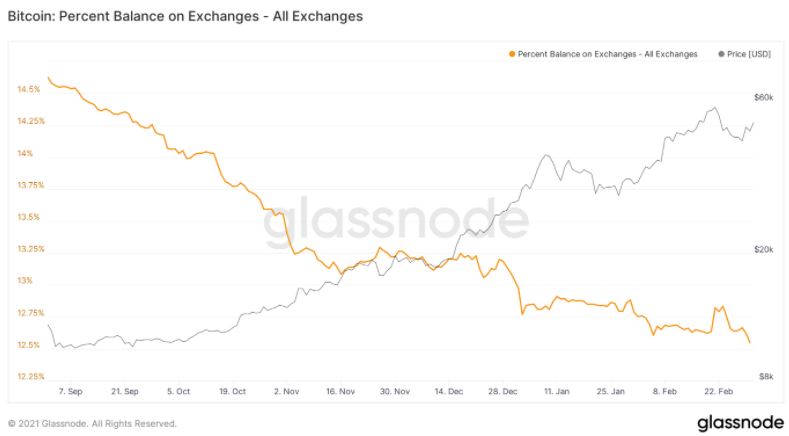 According to the crypto intelligence company, Glassnode, the percentage of Bitcoin balance on cryptocurrency exchanges. The outflow of bitcoins from these platforms essentially signifies that investors are HODLing a large sum of their coins rather than keeping on the exchange to trade.

This, in turn, suggests that users are positive about its upward price action and are stacking their coins instead of making short-term gains.

This further demonstrated the rising confidence among the market participants.

On a similar note, the crypto insights provider, Unfolded had previously tweeted,

“According to Glassnode HODL waves, 3.3m Bitcoin or 17.87% of circulating supply hasn’t been moved for over 7 years.”

On the derivatives market as well, Bitcoin’s Implied bitcoin volatility has reset to early January levels. As per convention, Implied volatility declines when the market is bullish, hence this is positive news for the token. 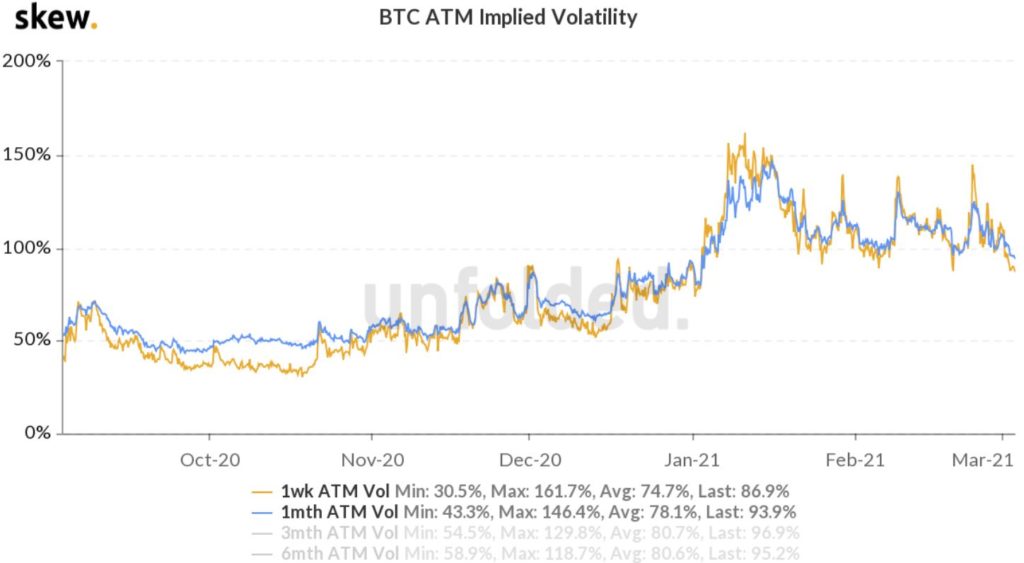