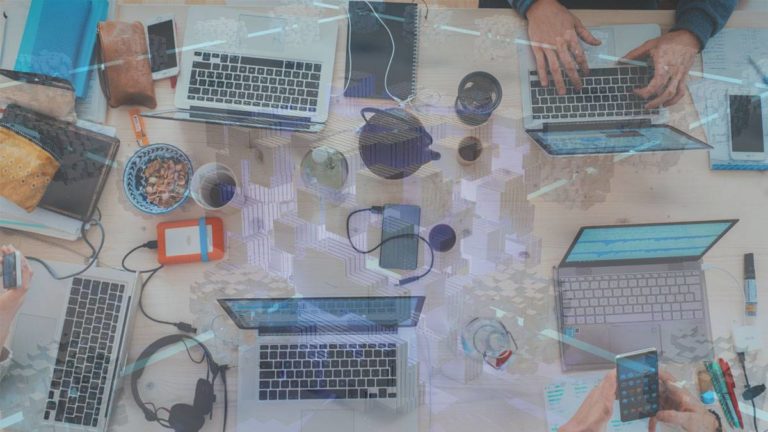 Web 5.0 aims to build an additional decentralized web that gives you full control over your data and identity and then empowers you to do what you want. On the surface, that’s quite similar to what Web3 was selling and promoting. First, Jack Dorsey’s TBD crypto venture announced the creation of Web 5 or a new version of the internet.

It is the goal of Web5 to create a unique set of tools based on Bitcoin to dramatically alter the manner in which the financial system as we know it today is conducted. Not only would this give investors and individuals complete control over and ownership over their data, but it would also give them full control over all of their interactions with it.

Web 5 will be a combination of web3 and web2.0. However, you shouldn’t worry. We didn’t miss Web4 leaving us. TBD’s plan is to develop a new digital paradigm that incorporates elements of both the Web2 and Web3 technologies to get us to a total of 5 technologies.

It’s been a long-standing tradition for announcements such as these to be overly technical, as is the case with TBD’s presentation about Web 5.0.

There is an underlying concept behind web5 that is aimed at the creation of a platform to enable the creation of applications that would allow users to store and control their data themselves.

We would like to build a platform based on three major pillars: Decentralized identifiers, Verifiable credentials, and Decentralized Web nodes.

In a nutshell, the main benefit is the ability to authenticate across numerous applications without needing to enter your password multiple times, and the applications gain access to your data across the entire ecosystem.

In order to access cryptocurrencies today, you will have to go through sites like Coinbase, Rarible, or Opensea. As of now, Proof of Work and Proof of Stake are two concepts that largely benefit early adopters, giving them a considerable amount of control over the internet infrastructure. Web 5.0 aims to change this. 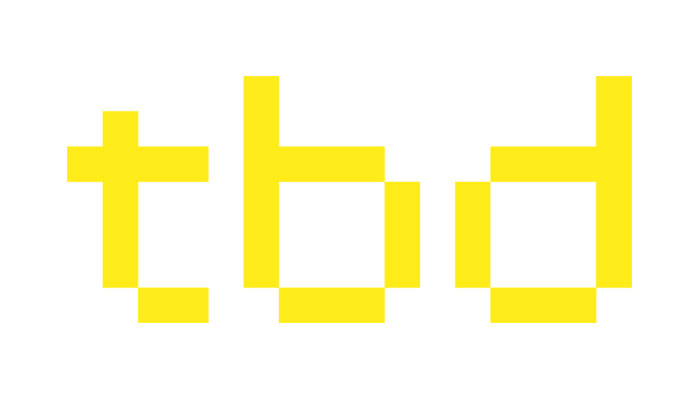 TBD’s Web5 vision consists of a number of software components that, when combined, offer developers the ability to create robust mobile apps that are decentralized with respect to identity and data storage while also allowing developers to create immersive user experiences. 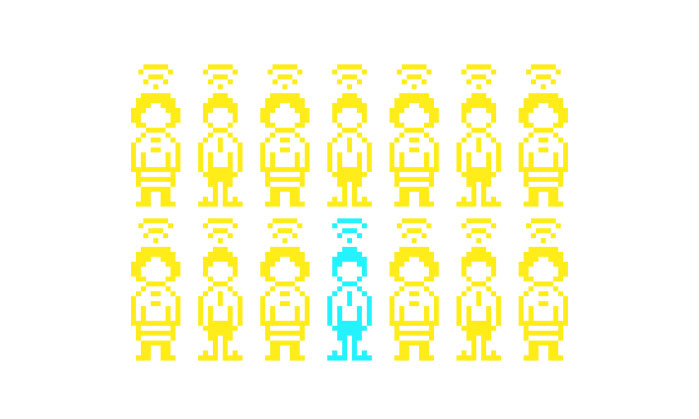 The Decentralized Web Node, or DWN, as it is also called, is a mesh-like datastore that allows a single entity to manage multiple nodes that communicate with and sync to the same state from each other.

This network is responsible for the storage of data and the relay of messages. As a result, Decentralised applications and protocols are usually built upon it, serving as its backbone. Moreover, DWNs are secure and can be operated on any network. Each DID key that is attached to the DWN can be encrypted. Also, DWNs are capable of supporting asynchronous messages.

With DID and the DWN, you can now create a web of secure messaging, data storage, and credential sharing using DID-encrypted data that can replace siloed protocols with universal standards for semantic data transmission across all channels. 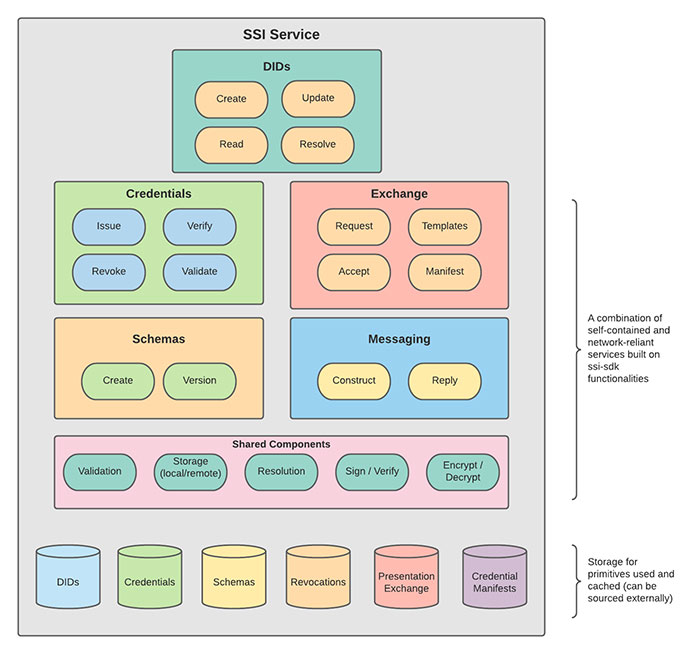 Besides all these components, SSIS (Self-Sovereign Identity Service) is also one of the most crucial functions. It’s a decentralized identity management service that empowers individuals and businesses to rule over their own digital identities, known as Self-Sovereign Identity Service (SSIS). With SSIS, you can manage every aspect of your digital identity securely, efficiently, and tamper-proof, thanks to smart contracts built on a blockchain platform. 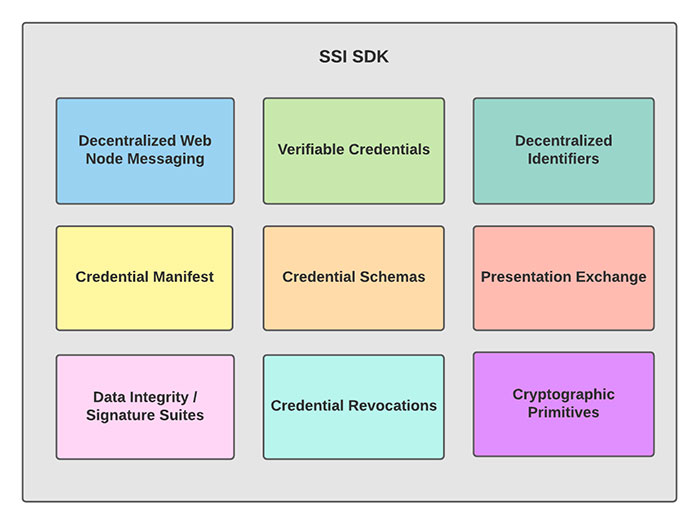 With the Self-Sovereign Identity SDK, developers are able to build applications that ease the process of utilizing the principles of self-sovereign identity.

Designed to be able to work with any identity management system, this product offers developers a set of tools and APIs for helping them produce applications that give users control over their own data.

In the end, the fifth generation of the Web is envisioned to provide users with two different kinds of benefits-the ability to own their data and control their identity.

On the Web today, identity and personal data have become the property of third parties.

The TBD says that when it comes to changing the control of identity, Alice is responsible for managing her identity, data, and authorizations for external apps and connections through a digital wallet. Alice signs into a new social media application using her wallet, which includes a decentralized social network.

Having connected to the app following her decentralized identity, Alice does not require to create a profile, and all the connections, relationships, and posts that she creates via the app are stored at her decentralized web node, which will also act as a reservoir for all the information she creates within the app. Because Alice has her social identity with her, she can switch apps whenever she wants, as long as she has the social identity with her.

Suppose we were to talk about empowering users with the ability to control their own data. Web 5.0 cities an example of a user named Bob. As the official website describes him, he is a music enthusiast who dislikes the idea of having his most personal information locked to a single vendor because it forces him to constantly re-register his playlists and song collections across different music apps.

It is a relief to know that Bob can keep this data in his decentralized web node so as to circumvent the maze of vendor-locked silos. The benefit of this solution is that Bob can grant any music app access to his settings and preferences, which enables him to create a personalized music experience anywhere he goes.

There is a plan for the future of decentralized internet, which is called Web5 – and while Web3 is simply a concept and may take some time to replicate, Dorsey has an evolved plan which is called Web5. It is Web5’s goal to develop certain tools on Bitcoin that will allow users to have control over their data, as well as provide them with a way to control all aspects of their interactions with the internet.

The web5 protocol also lets users interact with each other on the Web without the need for intermediaries and third parties, just as Web3 does. With the combination of the different technologies described above, Web 5 promises to give users the “decentralized identity” that they desire.

Taking a step further than Web 3.0, the currently newly developed innovative concept of Web, Jack Dorsey, brings it to Web 5.0. Thus, the Web is made up of a decentralized version of all its parts. With this, you will be able to control your ID and your data to the fullest extent. In Web 3.0 and previous generations, there is still a lack of control over data and ID.