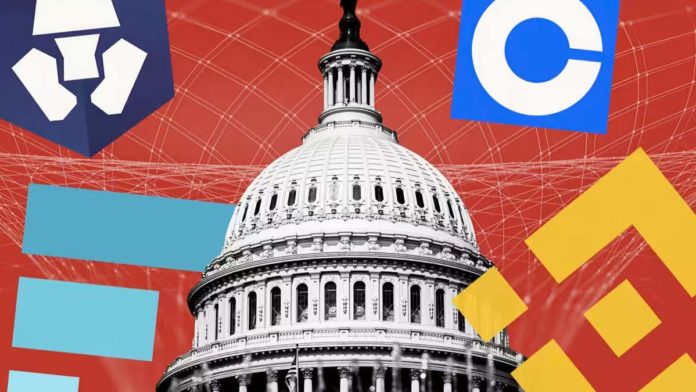 There is a concerted effort to counter the well-financed lobbying of blockchain companies that has been organized by a group of renowned technologists. The group is calling on US lawmakers to crack down on the burgeoning cryptocurrency industry.

Harvard professor Bruce Schneier, the former Microsoft engineer Miguel de Icaza, and the principal engineer at Google Cloud Kelsey Hightower are among the 26 leading computer scientists and academics who have signed a letter to US lawmakers heavily criticizing crypto investments and blockchain technology.

Fighting Against the More Innovative Tech

As individuals have made similar warnings about the safety and reliability of digital assets, it appears that the IMF is working together with other groups to counter the growing influence of crypto advocates who oppose attempts to regulate a frothy sector.

During the period between January 2018 and January 2021, Public Citizen, an advocacy group focused on consumer issues, recently examined the US Congressional Lobbying Disclosure database and found that the number of lobbyists representing the crypto industry increased from 115 to 320, and the amount of money spent on lobbying for the crypto sector quadrupled from $2.2mn to $9mn in the same period.

Several cryptocurrency exchanges, such as US-based Coinbase, had a heavy lobbying effort in this regard in 2021, with 26 lobbyists and $1.5 million of lobbying funds. A growing number of companies with an interest in the crypto sector have also started lobbying for crypto legislation, including Meta, Visa, and PayPal.

Cryptocurrency advocates argue that cryptocurrencies contain the answer to some of society’s most pressing macroeconomic challenges, from proposing to offer banking services to millions without access to traditional banking institutions to protecting financial privacy and offering a safe haven for those who are grappling with inflation.

But in the letter seen by the Financial Times, the technologists write:

“We urge you to resist pressure from digital asset industry financiers, lobbyists, and boosters to create a regulatory safe haven for these risky, flawed, and unproven digital financial instruments.”

It is the intention of the campaign to reach across party lines. As mentioned in the letter, it is addressed to both the Minority and the Majority Leaders of the Senate, Charles Schumer, and Mitch McConnell, as well as other leading Senate members, such as Republicans Patrick Toomey and Ron Wyden, who have both supported some of the crypto industry’s endeavors previously.