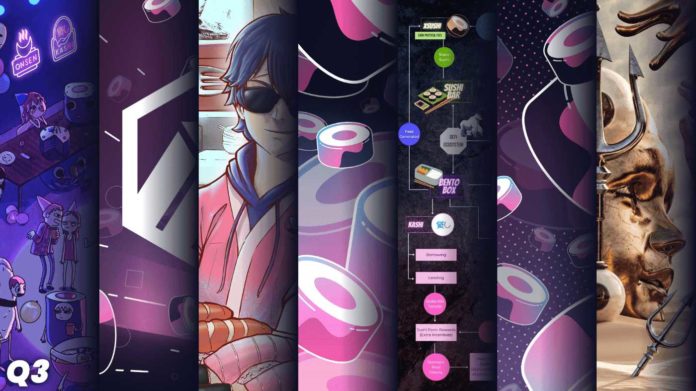 SushiSwap [SUSHI] has been constantly declining since the first week of November. However, it appears that the asset may have finally bottomed out.

The ecosystem has been mired from controversies from the very start. From its controversial creator, the pseudonymous Chef Nomi’s token dumping episode, to 0x Maki’s abrupt departure from leading the decentralized exchange, Sushi has had its fair share of bad press.

In the latest development, its CTO Joseph Delong has announced resigning from the decentralized exchange effective immediately amid increasing tension within the core team. Interestingly, the exec had published a governance proposal asking all core team members except for him to be renumerated with 200,000 SUSHI from the DEX’s treasury. But community members were quick to shoot down the proposal after deeming it unnecessary.

In his tweet announcing the departure, Delong had stated,

“I wish Sushi the best and am saddened that Sushi is so imperiled within and without. The chaos that is occurring now is unlikely to result in a resolution that will leave the DAO as much more of a shadow than it once was without a radical structural transformation.”

In the interest of the Sushi Community I am resigning as CTO effective immediately. I very much enjoyed the things that we built together and will look back positively on this moment. pic.twitter.com/7pZsQuPgup

With the ongoing mudslinging, it wouldn’t be surprising to see its native token SUSHI undergo some depreciation in response to the news. But that wasn’t the case. Instead, the token gained a stable footing around the current price range after weeks of free fall.

SUSHI recently suffered a death cross after the 50 DMA [Pink] fell below the 200 DMA [Yellow] which dragged its price to levels last seen in June. However, there has been an abrupt uptick in trading volume which could cushion the token from a further downtrend. The absence of volatility, however, may impede growth in the near term.

The green closing bars of Awesome Oscillator [AO] depicting hints of bullish momentum may help the asset to bounce. MACD was also on the verge of a bullish crossover. However, the Relative Strength Index [RSI] hasn’t been able to pull itself up above the 50-median line even after bouncing off the oversold region twice. The above charts depict that sellers are keen on profit-taking at the slightest chance of an uptick.

While the above charts do not look very promising, it does indicate that the asset may have finally bottomed out. With low volatility in the market, it is highly possible that SUSHI may consolidate in the current price range before a decisive breakout in either direction.

0
Sushi has recorded considerable user growth in the Polygon network and is among the top DeFi platforms on this network. A new report suggests...
Read more
- Advertisment -
Posting....