The EOS Global Hackaton already has its winners 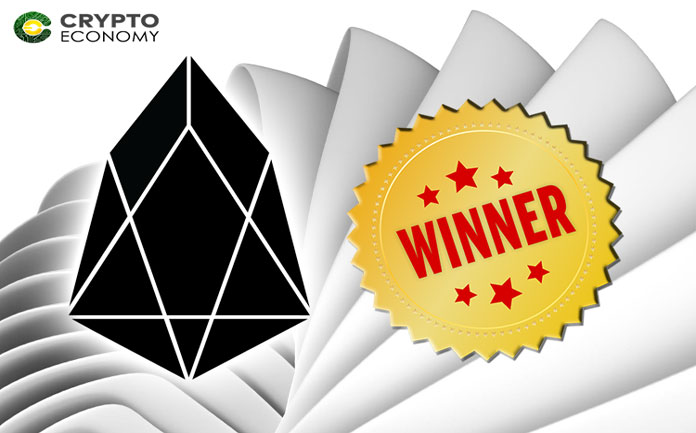 With new innovations happening every day, the world of cryptocurrencies keeps on changing and EOS is not left behind. Developed by Daniel Larimer, EOS has grown to become one of the most capitalized cryptocurrencies, with an innovative aim of bringing the blockchain technology to all companies in the world.

The crypto’s market capitalization has surpassed other, older and well established cryptocurrencies such as Zcash, BitShares, Augur and Steem despite being explicitly stated not to have value, utility or purpose. Users can buy and sell EOS at exchanges like Bitfinex, CoinEx, Binance, Huobi and many more.

A few days ago, at the EOS Global Hackathon Series that took place in San Francisco, over 70 teams came together to build an EOS.IO application. The EOS Hackathon is a series that aims at supporting the growth of a decentralized global community.

Block.one EOS Hackathon has previously had successful events in Hong Kong, London and Sydney as well. Whereby the team showcased their creative blockchain based solutions. The top three competitors from each Hackathon walked away with cash prises. 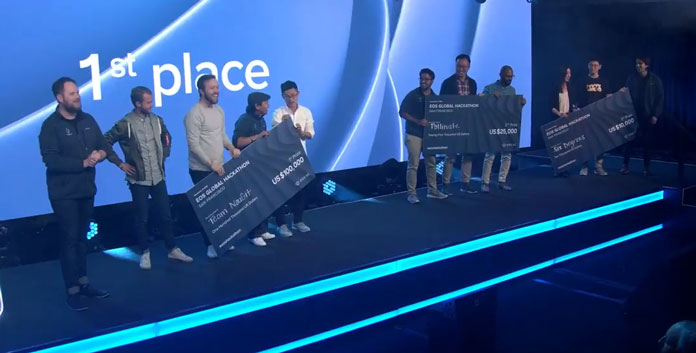 The EOS Hackathon at San Francisco hosted 475 participants from 26 countries. The top prize was won by Team NouGit. The said team used the EOS protocol to create decentralized Git repositories. Below we detail the winners and the judges who participated:

EOS software institutes a blockchain architecture designed to allow vertical and horizontal scaling of decentralized applications. It provides accounts, database, authentication and planning of applications across multiple CPU cores. This therefore results to a blockchain architecture that can measure up to millions of transactions per second, eliminate user fees and at the same time allow for quick and easy formation of decentralized apps.

The EOS has a Technical White Paper that proposed the EOS software as the dawn of a new era for blockchain technology. The EOS team has therefore worked very hard in ensuring the software can be used with distributed network configuration.