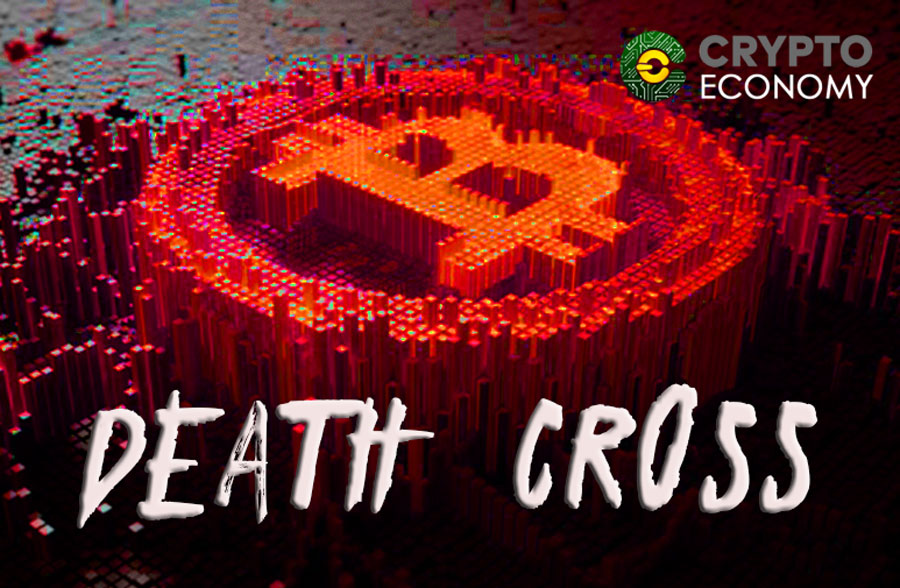 People who have experience in technical analysis have a lot of terms with which they describe different price movements and milestones. Technical analysis is the use of graphs and other mathematical and analytical terms to predict price movement. With the popularity of cryptocurrencies, it has been extended to Bitcoin and other digital currencies.

Terms such as “spinning top” “candle stick pattern”, ” diamond top”, “reverse hockey stick” and many others have been used been used to describe trends. And now we will see in what cases the term “Death Cross” would apply.

It is uncertain if it is a mere coincidence or just folks trying to make news. The death cross is a bearish term which describes a situation in which a 50 (short term) day moving average crosses below a 200 day (long term) moving average. Relying on this, technical analyst are predicting that Bitcoin is heading south. 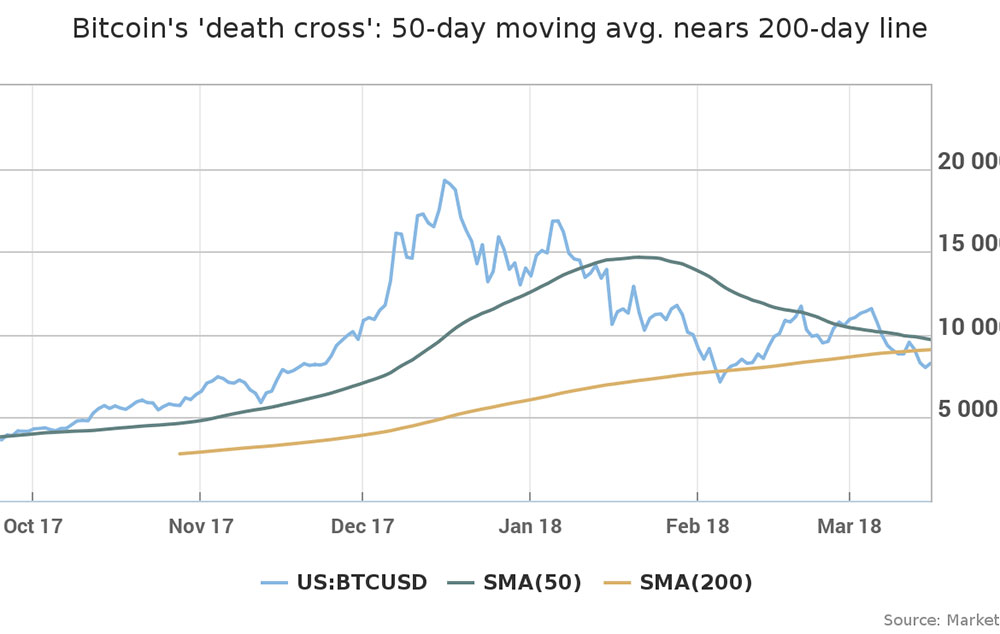 Abigail Doolittle of Bloomberg TV is one of the analysts that have predicted Bitcoin may fall all the way to $1000. Mike McGlone who is an investment analyst and Doolittle’s colleague echoed her sentiment by saying, “Death cross scares me, the market is turning now”.

Despite the gloomy predictions for Bitcoin by the ‘technicians’, it is on record that technical analysis are not always accurate. In fact, the last time Bitcoin experienced death cross was in 2015, contrary to predictions, it rallied from $230 in September of that year to $650 in November.

As if the digital currency is determined to follow that trend, the coin has started a rally just after Easter Sunday. Despite that, experienced experts are of the opinion that the death cross scenario was no joke. Sunday, April 1, the premier coin dipped to $6443, its lowest in 54 days. This got the bearish expectations to a frenzied pitch. That was the largest three month decline in seven years and rightly called for concern.

Interestingly, by April 2, Bitcoin seemed to have recovered, rallying to $7030 contrary to the bearish sentiments due to the death cross phenomenon. According to CoinDesk, BTC was oversold due to the death cross fears and this only resulted in putting a floor under the price. It is now anticipated that the price rally may take the value up to $7500 or $7600 in the next 10 days. This wouldn’t happen earlier due to lingering bearish sentiments according to analysts.