Home CryptoNews Proposal for Restructuring SushiSwap is Out
CryptoNewsDeFiFeatured 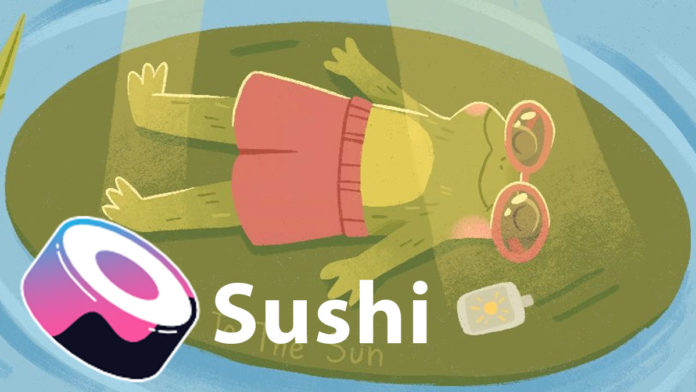 The ultimate goal for the latest proposal on the SushiSwap forum is defining a new service collective in this DEX. There are some steps in this path. The initial one is to create a service collective with Frog Nation. It somehow focuses on providing more efficient and decentralized service with the collaboration of the Frog Nation.

Frog Nation proposes to retain and grant a lead over a new service team for SushiSwap. The group suggests this decision because it has the same ideas that SushiSwap had in its early beginnings. One of the most important similar concepts in both communities is the multichain thesis.

But what is needed for this proposal to be done? According to the forum post:

“First and foremost, Frog Nation establishes a mandate for a new service collective for Sushi and becomes a part of a combined ecosystem of Abracadabra, Popsicle Finance, and Wonderland. In the interim, this service collective retains the right to restructure Sushi and define specifically the parameters for governance at an elevated tempo. During this interim period, Sushi and the new service collective will take part with Daniele Sesta and team, as well as share from know-how, and resources that these 3 projects have.”

According to the descriptions, there should be changes in core concepts of the SushiSwap, but it will stay an independent decentralized project. The proposal suggests a full focus on making Sushi a fully decentralized exchange. Besides, tokenomics should change a bit to follow the new guidelines. Change in parts of the team and deprecating legal entity are other proposed steps in the new proposal from Frog Nation.

Changes in the tokenomics and governance system are the most important ones for SUHI holders and community members. The proposal suggests enabling SUSHI holders to vote onto Onse. It also suggests subsequent rewards for the voters. Decentralizing Miso through governance, extending governance to BentoBox, and new mechanisms for handling grants are parts of the proposal, too.

The proposal is very bold and can affect lots of components in SushiSwap. But Frog Nation believes it can have massive effects in improving the platform. Combining services from Frog Nation to Sushi may help this DEX expand services faster and attract more users.

0
SushiSwap has been constantly declining since the first week of November. However, it appears that the asset may have finally bottomed out.  The ecosystem...
Read more
CryptoNews

0
Sushi has recorded considerable user growth in the Polygon network and is among the top DeFi platforms on this network. A new report suggests...
Read more
- Advertisment -
Posting....