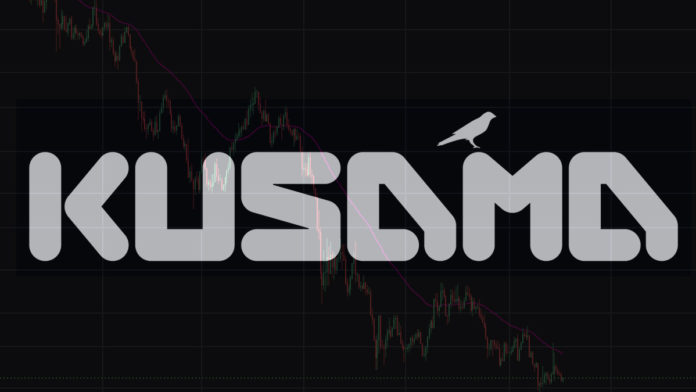 There are a few things you should know before making a decision to invest in Kusama, including the Kusama Price Prediction and the KSM Coin Potential.

As with all of our price forecasts, we base our predictions on the opinions and analysis of the experts. In this article, we will attempt to analyze Kusama Coin’s long-term potential in order to decipher if it has any future.

Using the experimental development environment of Kusama, developers can test new features on the Polkadot open-source blockchain platform as well as fine-tune early versions of projects before they are uploaded onto the platform for deployment.

A use case of Kusama is that it delivers an environment where developers can build, deploy, and integrate a parachain or test out Polkadot’s governance, staking, nomination, and validation functionalities before they are released on Polkadot.

What is KSM used for?

The Kusama network runs on KSM, the native token of the platform, which serves as the maintenance token of the system. KSM is mainly designed to be a tool for facilitating the act of validating, naming validators, bonding parachains, paying for cross-chain message passing, and facilitating votes for governance referenda.

Additionally, it can be used to manage protocol updates and can also be used as a governance token.

Using the NPoS model, Kusama uses a Relay Chain that uses a nominated proof-of-stake (NPoS) node to make the Kusama network possible. All KSM stakeholders are eligible to take part in some of the activities associated with the program.

A nominator is a party who stakes the KSM token (and receives a share of the rewards) by appointing his or her staked tokens to validators for the purpose of securing the Relay Chain.

Kusama’s unique tricameral governance model allows users to propose changes to the network, and they can also vote on the changes proposed by others through a Referendum Chamber.

From popular forecasting platforms, we have gathered the best price projections for Kusama (KSM) based on the data that is available.

It is predicted that the price of Kusama is approximately going to cross the level of $41.50. According to DigitalCoinPrice, Kusama should reach a minimum price of $38.22 by the end of this year. Aside from that, the KSM price is also capable of achieving a maximum level of $53.94, which would be a significant increase.

The price of Kusama started at $51.65 at the beginning of 2022, according to CoinPriceForecast. There has been a -17% decrease in the price until October this year. The Kusama price is forecasted at $48.08 by the end of 2022.

There was a poll that was posted by a Twitter account named Warrior in 2021 for KSM price predictions. As a result of the poll, 88.5% of respondents predicted that the coin would rise to $1000 in the near future.

There are those who believe it can occur if the market returns to an uptrend after a prolonged downtrend, even though it’s a very bullish prediction.

What’s the most bullish price prediction for @kusamanetwork $KSM that any of you have heard for 2021/2022?

That is, of the predictions grounded in some degree of solid reasoning… Comment to add others. The two options are based on basic Google search. #bullish #cryptocurrecy

In a video posted on Art of Marketing Blog about Kusama’s price prediction in 2022, the website gathers many predictions from around the internet in order to make their prediction. KSM is going to reach a price of $471.06 by the end of 2022, according to one of the predictions.

It is expected that Kusama will grow much faster in 2023 compared to the 2022. In 2023, we can expect that KSM prices will continue to rise as we see more projects coming to this blockchain and as the Polkadot ecosystem continues to grow.

W3N: Canary believes that the price for Kusama will rise a lot in the next few years. The forecast price for Kusama in this tweet is $1000, according to the tweet. An unusual prediction that you won’t be able to find in many sources.

As predicted by CoinsPrediction, if the upward trend continues until 2024, it may reach $160.69, thereby creating a profit for KSM if it continues to grow.

If the market experiences a decline, it might be possible that the goal will be unable to be achieved. The average price of KSM is expected to trade at $146.92 in 2024, and the low price is expected to be $137.73 in the same year, according to CoinsPrediction. 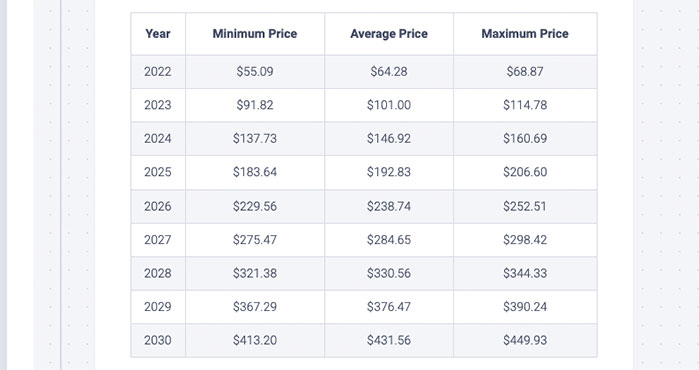 While there are some sources who are claiming that KSM could be priced at $1000 in the near future, the video below from Crypto with James discusses the possibility of this price point being possible.

KSM may be able to start an uptrend this year, and the outlook has the potential to be very optimistic. Even in 2025, though, there are still many predictions that say Kusama will not be able to regain its ATH of 2021 or even go back to it.

It has been estimated that the price of KSM will cross the level of $166.40 in the course of the year, according to DigitalCoinPrice. It is expected that Kusama will be able to reach the minimum fee of $162.78 by the end of the year. The price of KSM can also increase as much as $184.54, which is the maximum price level that can be reached by the KSM price.

There are many common parts of Polkadot and Kusama’s code, but they are independent, standalone networks with their own priorities. There is no doubt that Kusama is an explosive and fast platform, perfect for bold experiments and early-stage deployments.

Among the key differences between Polkadot and Kusama from a technical perspective is that Kusama offers a modified governance model that enables faster upgrade times. The Kusama platform is more than four times faster than Polkadot in terms of performance.

Is Kusama (KSM) a good investment?

There may be a question in your mind at this point – is Kusama an investment that will be profitable?

The magnitude of attention Polkadot received, and its strong ties to DOT’s success in the first place indicates that Kusama is likely to follow its steps as well and be strongly intertwined with DOT’s future success, which is already unquestionable.

I do not believe that there is an easy answer to the question of whether or not KSM is a great investment. The Kusama investment is seen as one that is risky by some, while it is viewed as a safe investment by others. As long as you understand the technology and are comfortable with the risk, we think it’s worth your time to invest in Kusama.

There is no doubt that things can change quickly in the crypto market since anything is possible in this field. In order to get the most out of your investment, make sure to keep an eye on Kusama news if you want to maximize results.

A couple of types of projects stand out when it comes to the crypto market when we take a look at it. Kusama is right there in the last category, and for the right reason. We know that there are three types of cryptocurrencies: the big players – Bitcoin and Ethereum; the meme coins – Dogecoin, Shiba Inu Coin; and the projects with a purpose – Solana, Monero, Polkadot. Kusama sits in the last category.

The majority of the projects we have discussed so far do not have a future or potential in the near future. In a couple of months, you will be able to forget most of the companies within the top 100 by market cap. In order for a project to attain long-term success, it is essential to find a niche and a purpose when it comes to developing it.

As a network with a niche and a purpose, Kusama has both and will continue to grow in the future – it is home to constant innovation and offers solutions no other network can provide.