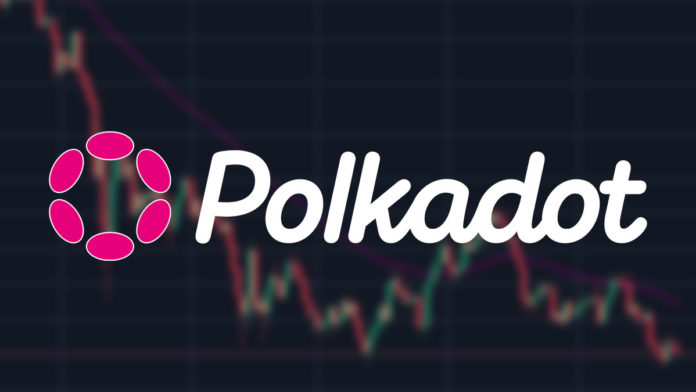 Having established itself as one of the most innovative crypto projects on the market, Polkadot has been able to solve one of the biggest issues facing the crypto industry, a place where a lot of interesting projects are struggling to interact with each other and exchange information effectively and efficiently.

DOT is Polkadot’s token and is the first crypto asset that offers unparalleled interoperability for blockchain businesses around the world. With its strong presence in the crypto market and its increasing popularity, this project has firmly established its place in the industry. Because of this, it attracts a lot of investors’ interest, as a result of which it has become very popular. We have outlined our Polkadot price prediction for the years 2022-2025 in the following article.

What is Polkadot (DOT)?

The Polkadot project originated as a whitepaper published in 2016 by Gavin Wood that described the technical features of the project that had been developed. There were many issues that Wood could see when he saw the potential of blockchain technology, even though he considered it to have a bright future. To overcome those challenges, Polkadot was created as a solution.

There is a lack of interoperability between different blockchains that Polkadot aims to address. As a result, the project aims to create a scalable blockchain architecture capable of growing infinitely in order to meet the demands of the community. In order to achieve this, relay chains and parachains are used in conjunction with one another.

There is a strong intention to use the platform for the purpose of allowing different blockchains to interact with one another, although this is the main aim of the project. This is not all that the project intends to accomplish. As a result, they are striving to create a fully decentralized Internet based on Web 3.0.

As one of the first crypto projects to prove that it is reliable and innovative crypto project, Polkadot has attracted a lot of attention from investors. Leading crypto experts have made some predictions about Polkadot, which can be found in the following list.

Polkadot was considered bearish by many investors over a year ago, as they believed it would fall both in the short-term and in the long-term. Nevertheless, the DOT price has shown them all to be wrong. There are many experts who are bullish on Polkadot these days and believe that this project has great potential and a lot of promises.

In some predictions, the token is still expected to go into the $13-15 range in 2022, according to some pages, while others are more bullish on it in the short term. They do, however, predict that Polkadot’s price might rise nearly 50% in the next year, according to many Polkadot cryptocurrency price predictions.

There was a continuing decline in the price of DOT in 2022, with a price tag of $26.67, a price that detracted from the price in the previous year. There has been a notable rise of 16.84% in digital assets since the 4th of January when it broke $30.79 in value.

However, since then, DOT’s price has been spiraling downwards, resulting in the price declining significantly. There was a test of DOT’s support at $22.36 in January when it tested its high of the year. The price continued downward to $6.24 in September but may rise in the last months.

According to a video from Coffee’ N’ Crypto, the Polkadot price may have seen its bottom in 2022. The video predicts the possible ways DOT can go, and one of them may lead to a $100 price tag in the coming years. $12 and $17 prices are some of the predictions for 2022 in this video.

The growth of Polkadot will be accompanied by adoptions and utility, along with its rise with parachains. It is likely that sentimental belief and volume will increase over the course of the network.

DOT price has been predicted to cross the level of $14.15 at some point in the next few months, according to DigitalCoinPrice. There is an expectation that Polkadot will reach a minimum fee level of $13.67 by the end of the year. DOT prices are also capable of getting to a maximum level of $14.72, which is one of the highest levels in the economy.

There are several bearish prediction sources on the market, but WalletInvestor is among the most prominent. A few websites predict that DOT will be below $1 in 2023, and one of them is WalletInvestor. On this website, there is a maximum predicted price of $11.791 for DOT in April 2023. However, the minimum price is predicted to be $0.000001.

It is possible that bigger institutions will become interested in using the protocol because of its interoperability, security, and user-driven governance. As a result, a wider audience would be attracted, who could contribute to the price reaching new highs possibly, as a result.

There is no doubt that Polkadot will become a strong competitor in the coming years. In addition, there can be a growth of the currency towards a new ATH due to certain perpetual contracts issued by exchanges. Collaborations between the community and more prominent blockchain networks might be extended in the future.

A recent report by DigitalCoinPrice shows that DOT’s price will cross the $24.9 level sometime later in 2025. In other words, Polkadot is forecast to reach a minimum fee of $24.66 by the end of this year based on its trade volume. It is also possible for the DOT price to reach a maximum level of $29.19 at some point in the near future.

WalletInvestor is bearish for Polkadot price even in 2025. The minimum price on this source is predicted to be $0.283. The important note is that this website thinks DOT won’t go higher than $2.89 in 2025.

According to a video from Crypto University, Polkadot may have a very bright future in 2025. if the adoption rate and expansion continue as it has been in the past years, the price may even rise to $46 in 2025. After all, the video is very bullish about DOT and calls it one of the market influencer projects.

Is Polkadot (DOT) a good investment?

Despite Polkadot’s youth, it has already achieved a great deal. You could reap big rewards in the long run if you are willing to take risks with your investment. If a better, newer technology comes along that is superior to Polkadot, then it could also go bust and go out of business.

When you invest in DOT, you are investing in Polkadot’s network, which is the foundation of this ecosystem. There might be a better way to assess investors’ faith in web3 as the third iteration of the internet that’s currently emerging than to rely on far-off price predictions, but the concept of interconnected parachains could serve as the building blocks for investors’ faith in web3.

Despite the fact that Polkadot’s promises of bringing the world closer together are complex and require significant research, it is possible that some of these promises are already being fulfilled anecdotally.

A unique digital asset, Polkadot is a popular and rapidly gaining traction in the world of cryptocurrencies. The blockchain is further decentralized with the use of revolutionary technology, which allows you to create new chains.

In spite of this, Polkadot is facing strong competition from a number of powerful projects that may, over time, outcompete it. It is Polkadot. However, that has set itself apart from other blockchain platforms by providing cross-chain functionality that allows different blockchains to be seamlessly interconnected. In the end, the price of Polkadot will depend on the future projects and uses that it is put to.

Since the DOT token’s public launch in the summer of 2020, the spot-market price has grown by 500%. Considering you escaped Polkadot’s clutches in less than two years, that’s an impressive return, but it doesn’t imply you missed out on anything.

As an alternative to studying those huge gains from the past, you might be able to look at the current DOT price in terms of a 88% discount from the all-time high price in November 2021.

It is expected that Polkadot’s developers will be able to come out with a lot of game-changing projects in the next couple of years, such as decentralized finance and blockchain-based games and the next generation of payment systems. Polkadot’s ecosystem should be able to provide investors with wealth-building gains as the company continues to expand.

The Price Predictions published in this article are based on estimates made by industry professionals, they are not an investment recommendations and it should be understood that these predictions may not occur as described.