Is Developer Anonymity Even a Real Problem in Crypto? 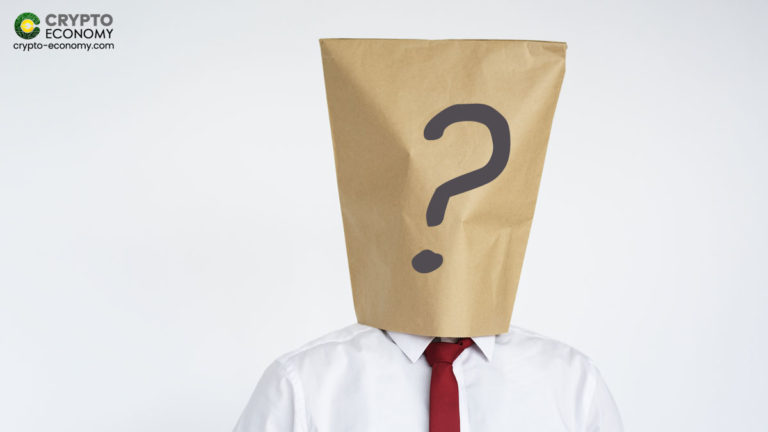 The DeFi industry reached almost $10 billion in value by the end of August, rising from $1 billion in June. During that period many new DeFi projects appeared for the first time, introducing new concepts and features.

Within the DeFi craze, numerous yield farming projects were created, a majority of them by anonymous developers. While the anonymous aspect had no effect on some protocols, others were significantly damaged.

Now re-read the paragraph above and replace DeFi with ICO. In 2017, the ICO craze lived through similar phases such as the ones we see today. New projects suddenly appear with high promises. Some of them stay and develop what are today’s leading platforms while others take their collected funds and exit scam.

The difference? Real people with real names stood behind ICOs while most DeFi projects today are anonymous. However, we saw that a lack of anonymity did not prevent teams behind ICOs from scamming investors.

The reason why I deem this topic important is the recent drama at SushiSwap. A majority of discussions on Crypto Twitter mentioned the project in the past two weeks. For a quick reminder, a protocol which copied Uniswap’s protocol and added better reward distribution quickly gained popularity at the end of the month.

However, the situation went awry as the community found out that the anonymous founder owned $24 million in SUSHI tokens. The suspicious were not unfounded as the founder later left the project as a result of community pressure, which forced him to time-lock his dev wallet.

Yesterday, SushiSwap successfully migrated to its own platform and left Uniswap, as planned in the beginning. Bought and replaced by FTX CEO Sam Bankman-Fried, the DeFi DEX is now controlled by a team that is not anonymous, listed by several leading exchanges such as Binance.

Well not really. Binance listed SushiSwap’s SUSHI token on launch day. It was also supported by FTX through ‘shilling,’ and received significant attention from ‘made guys’ in the industry. This leads to the question of, how much of the popularity was organic and how much of its success was an inside job?

Within only days of the anonymous founder announcing to leave the project, users on Twitter revealed his identity. The facts supported the claim that the founder is the CTO of Band Protocol. The project is another Asian-based cryptocurrency project with heavy ties with Binance.

It would be great if this was an ironic conspiracy theory, however, the situation is that it only takes 5 minutes of research to connect these dots. The truth is, anonymous teams are not as dangerous as we tend to believe. The founders, developers, angel investors, and VCs are the ones who pose danger to the community, not the other way around.

With enough capital, the FTX CEO now basically owns the entire SushiSwap protocol. Keeping in mode the project’s governance model, we now have an oligarchy consisting out of the richest people in crypto. So much for decentralization right?

According to research conducted by PANews, the new board of so-called ‘Master Chefs’ is filled by prominent crypto figures. The list includes key figures such as FTX CEO Sam Bankman-Fried, Compound founder Robert Leshner, Genesis Block founder Mick Hagen, and a few other individuals. To the surprise of a Crypto influencer, no famous investor from the Crypto Twitter community is a part of the list. The implications are clear, SushiSwap is more centralized than it is decentralized. 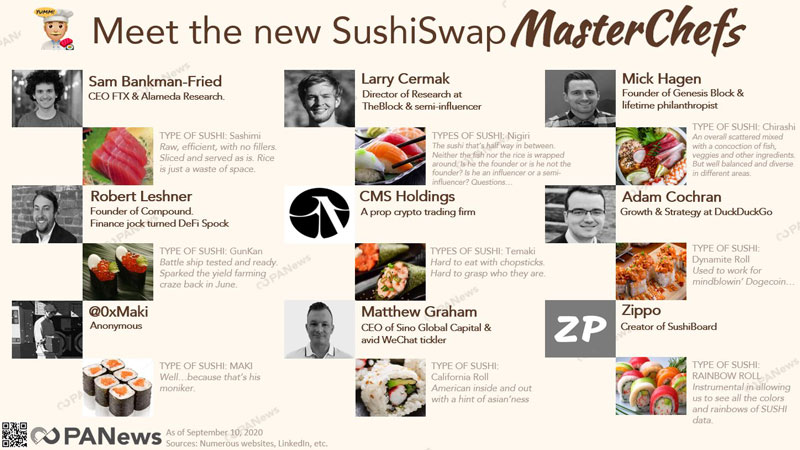 Seeing the absolute massacre of what was even at one point considered as a somewhat legitimate project, it is clear that there is no real difference between anonymous developers and those who are not. Both developers that hold virtual avatars as profile identities will scam you as well as big investors that already have their life situation sorted out.

In the end, it is clear that investors hold all the power over their future. No amount of hype and returns on a new project can match the stability and certainty of a cryptocurrency with proven fundamentals.

This aligns with the fact that it is always better to stay comfortable in your seat and watch how the market tumbles while investors jump onto bandwagons. Those who invested in DeFi early made serious money this summer. On the other side, investors who joined too late ruined their investments. Some even managed to lose 50% by buying almost the exact top at the end of August.

With that in mind, do not think that one option is safer than the other. No one has your financial interest in mind. Be it an anonymous individual or the CEO of a leading crypto exchange. In the end, the United States Securities and Exchange Commission (SEC) will deal with fraudulent activity equally.